previous
It's that time of the year...again!
random
next
Walker - a new beginning
Film and TV
1 like

We all know this year was ‘special’, don’t we? From a new virus that held the world hostage in their homes, to all the randomness that occurred, it will definitely go down in history.

Now, there were some things that kept me sane during the past 9 months, notably books and TV shows. In case you haven’t managed to go through the whole library of your preferrerd streaming services yet, here are some recommendations:

Mind you, these will all be non-English speaking shows, because I am 100% positive you have heard of the American/British ones already 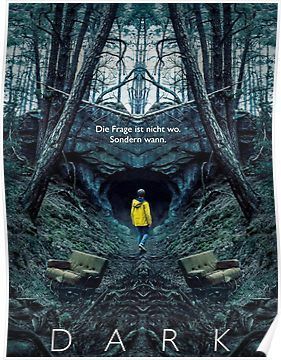 This will definitely bend your mind. I mean that in the best way. A German production, Dark came to Netflix and made us all question our sanity for a good three seasons. It was not the easiest of watches, mostly because it involves a healthy dose of time travel and a lot of characters that you have to keep track of. Having a notepad handy will help.

But it is a definite 9/10 from me and hey, it is not harder to explain than 2020 to a toddler, so a perk right there. You can watch the trailer here. 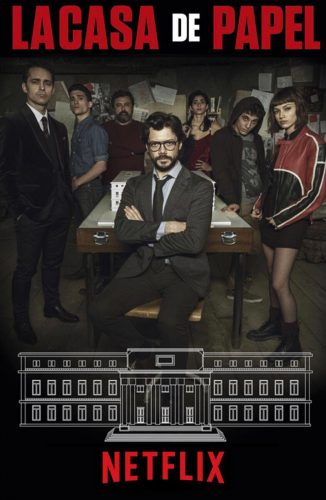 Or Money Heist (a name I am seriously rolling my eyes at). This Spanish export really blew up when the first season was released. If you have not watched it yet, what are you waiting for? Great acting, great action and some improbable events? Not to be missed unless you hate all of the above. The show also managed to bring back the anti-fascist anthem Bella Ciao which is now sang by people who might be missing this particular historical connection. 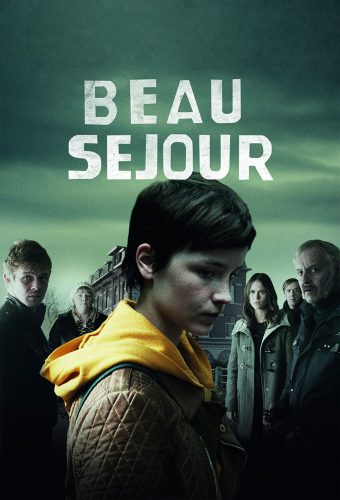 This flemish language Belgian series is one of my favourite shows, to be honest. Initially thought up as an anthology, it tells the story of Kato, a young girl that wakes up in a hotel room, with no idea how she got there. One little catch? Kato is actually dead. Don’t worry, this is not a spoiler.

The whole series she tries to figure out who killed her and why. It is as a much murder mistery as it is a supernatural show and it is amazingly well done.

Another 10/10 recommendation from me. You can catch the trailer here. 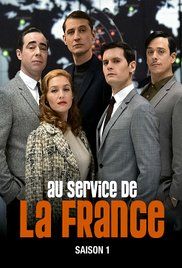 After so much darkness, let’s lighten up a little with a French show about a very new secret agent who has to deal with everything this new position entails. It is funny, it is witty and it has Hugo Becker as the lead. Yes, I can be shallow and enjoy the show at the same time.

10/10 and you get to practice your long forgotten 6th grade French at the same time as watching a very good show. Added perk? It has two season and is complete, no cliffhangers, no need to imagine an alternate ending. Trailer here. 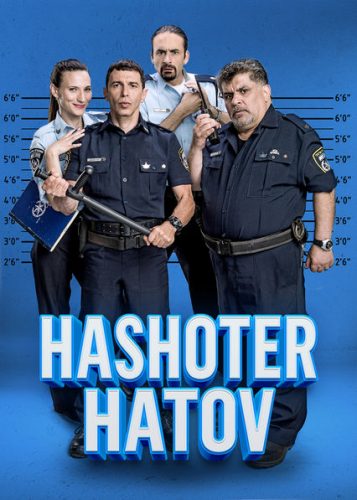 Moving away from Europe for a brief moment, definitely try out ‘The Good cop‘, a comedy about one competent police officer that has the misfortune of being surrounded by a bunch of challenging colleagues and family members.

Danny Confino just cannot catch a break. The first 15 episodes are available on Netflix with english subtitles and it is perfect if you have been watching something depressing prior. Like the news. 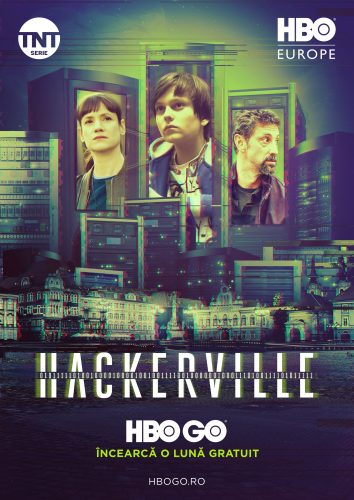 This German/Romanian collaboration was one of my favourite things to watch, mostly because it was filmed in my hometown and I finally got to laugh at the inconsistencies in geography. But it is truly a good show that portrays the reality of the moment and not what people might think Romanian society is like, from the outside.

You can catch the show on HBO Europe and the trailer right here. 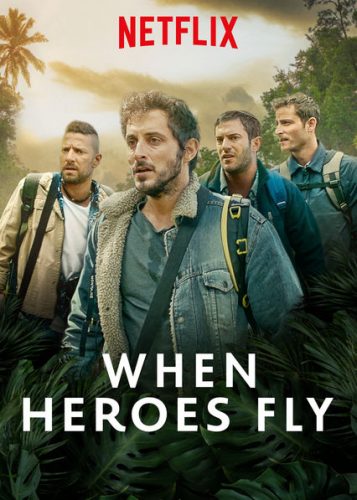 Another Israeli export, this show kept me glue to my tv, despite my firm belief prior to watchin it that I will pace myself and only watch one episode per day. Ha.

Each episode ends on a cliffhanger and until the very last moment I ended up on the edge of my seat, worried about how it will all resolve. It addresses themes like PTSD, its spreading effects over the years, religiousness and disease, friendship and duty… Basically it has it all. It also won best series at Cannes, so you know, it has a good pedigree.

You can check the trailer here and the show on Netflix. 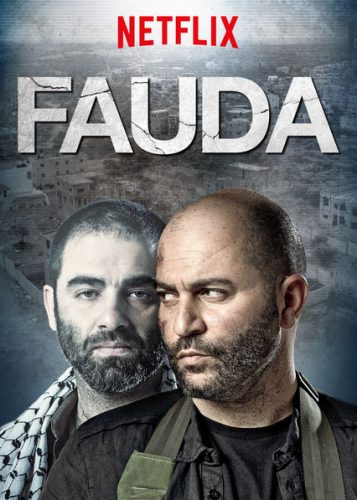 Last Israeli/Palestinian recommendation of the day, this is definitely a show not to miss. It shows a lot of the issues surrounding the Palestinian/Israeli conflict from both sides of the arbitrary line drawn between the two and it (unsurprisingly) gained approval from Israelis and Palestinians. The show is in both arabic and hebrew and I could not praise it enough.

Please be ready to binge the three available seasons in pretty much one sitting, because it is very hard not to. The show is also on Netflix and its trailer can be seen here. 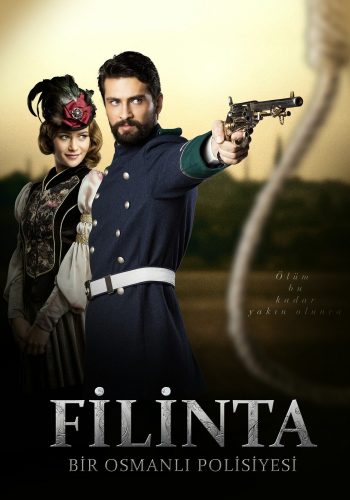 This Turkish show presents the story of an Ottoman detective that struggles to clear his name after being accused of a crime he did not commit. The show has two seasons and presents a side of the Ottoman empire that is hardly ever spoken about. I mean, when they pop up in international productions they are usually the bad invaders.

It will open your eyes to a whole new part of history (if you never had an interest for it before, of course) and it is also fun to watch. 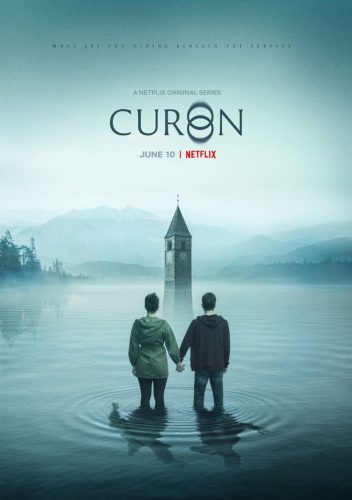 Last but not least, this Italian production will definitely catch your eye. It features a small town with a dramatic past, well hidden from outsiders and obviously a bunch of kids that somehow manage to scratch the old wounds open and release the Krakken! I am kidding, something does pop up, except it’s not a sea monster.

I guess you will have to check it out yourselves.

Now, I did mention that I watched a lot of shows in the past 9 months, alas there is no time to give them all a center piece in this list. They do get honorary mentions, though: The Valhalla Murders, Bordertown, Trapped, Deadwind, The Break and Undercover should definitely make your list of things to watch. I do have a deep love for good mysteries and who does it better than the Nordics? The French and Flemish shows lost among the above list are also worth a watch.

What have you been catching up with during the lovely 2020? Please leave us your recommendations, we would love to hear them!

What's there to say about me? I love the sci-fi and fantasy genre when I read, but I am in no way limited to that alone. I do think Frank Herbert deserves a statue for his writing(if there is one, point me in that direction, please). I enjoy writing quite a lot, but I am also kinda lazy. If you want to make me happy give me books or Doctor Who collectibles. Or a real TARDIS, in which case I will love you forever.
More Goodness
darkhboNetflix