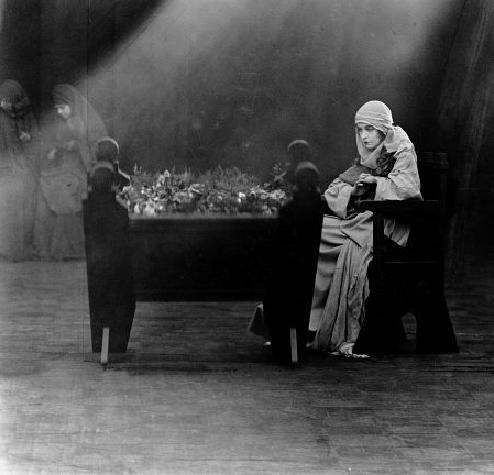 Last week’s choice of film proved quite controversial and so it was decided not to publish it. The picture notably caused controversy when it was first released nearly one hundred years ago and has continued to do so ever since. While the response to The Birth of a Nation from audience, critics, film historians and lowly public domain movie bloggers over the last century has proved a varied melting pot, it is the response of the film’s director to the controversy that is most telling. Therefore this week, we shall be responding to the controversy, just as its director did, by examining intolerance.

It seems too fantastical to be taken seriously, but apparently D.W. Griffith did not consider the story of The Birth of a Nation as anything other than just a story, a plot from which he could produce an epic film. Seemingly just to prove this point, his very next feature would also be a tremendous epic but this time discussing the impact of intolerance throughout history.

This is a fascinating picture not only because of its sheer grandiosity and pure sense of the epic (one cut in circulation is over three hours in length), but also because of how haunted the whole movie is. The spectre of Griffith’s previous work hangs over every aspect of Intolerance: Love’s Struggles Through The Ages. To watch this film is to see Griffith caught in a creative trap, for he is trying to not only one-up his previous epic but also in a way erase it. The great director is going all out to so that he can not only sweep away accusations of personal bigotry, but also cement his reputation as Hollywood’s foremost figure of cinematic influence. In short, this film comprises Griffith’s apology for and attempt to supplant his most notorious work. 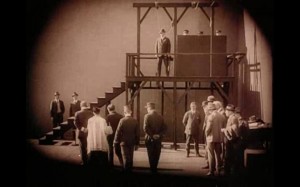 A review of this film is a real formality, for there are no words to describe it. I can only urge you to watch the whole thing, all three plus hours of it, and treat it not as simply a film to be watched, but as an experience to be lived. Embrace the stunning cinematography, the audacious grand sets and the enormously influential directing style which Griffith employed, and know that if Griffith’s previous film is resignedly regarded as the first Hollywood masterpiece, then this must surely be its second.

There’s also a great amount of geeky trivia to take in. For instance, the sheer scale of the project necessitated Griffith’s hiring of multiple assistant directors whose names may be familiar to you. Among them were influential horror master Tod Browning, the man behind Dracula and Freaks. Also assisting Griffith was Erich von Stroheim, who would later star in Sunset Boulevard.

And hey, for all you gamers out there; that grand set from the Babylon sequence features in L.A. Noire. 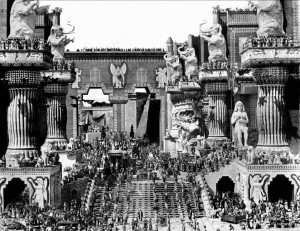 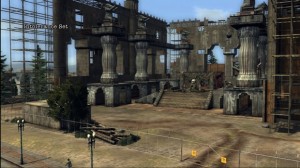 In writing this blog I have hoped to present you with fascinating works of cinema, and this week I feel that I have given you the very best yet. Enjoy the experience, it is quite unlike any other.

Prolific writer attempting to slowly take over the internet through various explorations of cinema, heavy music and everything in between.
You might also like
breakingEpicfree film friday