Most of us in the GP offices  love us some of that old metal music. From Sabbath to Slayer,  Guns N’ Roses to Gorgoroth, we love the ear splitting, axe hitting, soul shitting rumbles of a good metal band. As geeks we also love anything to do with a myriad of things the “Normies” would laugh at us for falling in love with. So I thought “Mike, you dashing rogue, what if you combined the two?”

So here is this year’s writer challenge: The Geek Pride Battle Of The Bands. The rules are simple: come up with a band and 1 roadie  to play in the battle of the bands, Then in December you guys will vote for the best band, and they will play at the fictional festival of GP’s choice. 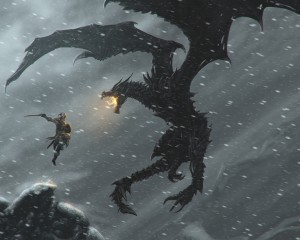 The legendary Dragonborn from the land of Skyrim, who slayed the great dragon Alduin. Using the power of his voice he can summon dragons, bring thunderstorms and sonic boom goats off a mountain. Charged with the souls of the dragons he defeats, the Dragonborn is an unstoppable Nordic force of heroic power.

If that wasn’t enough, check out his theme song: 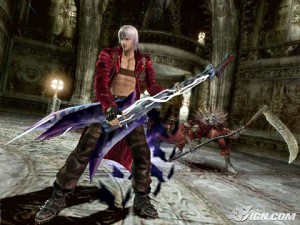 Dante’s housemate, Scythey Dave, was less than impressed with his riveting version of “Eruption”

Dante is the Son of Demon Sparda and protagonist of the Devil May Cry Series (Which recently had a horrendous reboot) . He is a wise cracking, sword weilding half-demon who started up a demon hunting business purely because he was mad at his dad.

Hell (literally) to the yeah. Dante’s lightning-fast reactions and wise-ass attitude fit him perfectly in the role of Lead shredder. Add this to the way he dresses and we have the perfect candidate.And you Do know HOW he got that guitar right? Dante gained his demonic guitar after beating a Demon to death with a sword literally the length of his body. Before that, he made out with her a little bit. He also once used his impaled arm as a tonfa blade, all the while eating pizza:

As I have mentioned in many a podcast, if you haven’t watched Adventure Time, YOU NEED TO.  Jake is a magical dog, and companion to human boy Finn. Together they adventure through the post-apocalyptic land of O00, with our yellow pal doling out advice, help in combat and sometimes a place to sleep. Jake has to power to stretch almost infinitely into many different shapes to accommodate any situation.

Algebraic! Jake the dog is the perfectly metal. firstly, he has the balls to knock boots with a rainicorn and deal with the ridicule that would entail. He can also stretch to any size, once took  the alias of “Gut Grinder” and escaped poison by becoming a big liver. He then did this: 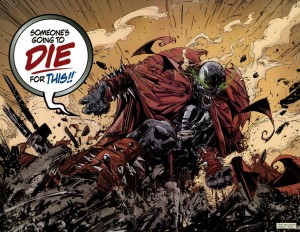 He needs a hug.

Al Simmons was assassinated by the government institution that trained him to become a single-man war machine. He missed his wife so much he gave his soul to the demon Malbogia and became a Spawn- a lietenient demon of Hell’s army. He wears a self aware alien suit with Chains and a cape that move independently of his body. He gains power from evil creatures and can use hell-magic to completely eviserate foes. His face is tied together with a shoe string because Batman threw a Batarang at him. 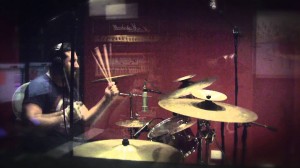 Look at him. What a beast.

Yeah, I know. I really tired to think of a drummer… And you can call it nepotism if you like. But I’ve been a drummer for 10 years and I simply could not pass an opportunity to play in a band like this…On a fantasy level anyway. I am writer, editor and podcaster for Geek Pride and really like pizza.

I’d like to think so, apart from my tattoos, piercings , big beard, long hair  and Viking/Roman ancestry, I play in 2 metal bands, 1 grunge band and have been a rock and metal DJ for  5 years.  I am a solid drummer (both physically and rhythmically)  .In addition to this I can hit the high note in Slayer’s “Angel Of Death” . So there. 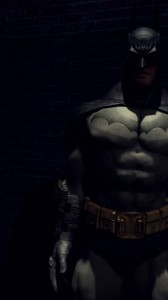 Um… His Alias is THE DARK KNIGHT? fuck yeah is he metal! Batman would suit the roadie job down to a tee. He would ensure every show is planned with absolute precision, he carry most of the gear himself and would set it up in record time. He’s dressed in the right colours, with a utily belt that has the solution for everything in and he dosen’t get drunk. Brucie is the PERFECT roadie.

Think you can do better? give up your suggestions below in the comments, or the Geek Pride fb page. To talk Metal and Comics, follow Mike @The_Dark_Mike on twitter, and to listen to his music find Callous, Dogtown and Bury The Hatchet on the interwebs.

Hailing from Kent, England, Mike is a writer, editor and podcaster who has just finished his degree at CCCU. He also is a drummer of 11+years, plays in several bands, and is available for session work. His other interests are Batman, music which doesn't suck and pizza. Follow Mike @The_Dark_Mike
You might also like
Adventure TimeBatmanbreaking