With superhero and sci-fi season drawing closer and kicking into full swing in May, it’s no surprise that most news in the film would at the moment revolves around upcoming sequels both this year and next. This week’s Geeks on Film will cover those tasty snippets along with other morsels of film geek gossip. I’ll also be taking you through some new releases this week, with Oz: The Great and Powerful ahead of a Geek Pride review and Side Effects. Then I’ll take a look at upcoming film, Maniac, which sees Elijah Wood stray far from the shire in this sinister remake. 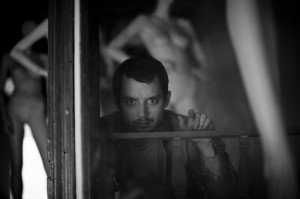 With Iron Man 3 being released an 25th April, it’s no surprise that our eyes are being bombarded with information about Stark’s upcoming escapades. In the past fews days we’ve had a new trailer and yet another poster thrust at us, this time featuring Stark/Iron Man and Peppa Potts.

Similar to other promo material, the poster features Robert Downey Jr’s character looking worse for wear in a suit that’s definitely seen better days. Yawn. Don’t get me wrong, I enjoy Iron Man and I’m definitely Team Marvel, but I’ll be relieved when the film’s finally out and everyone can say ‘well that was nice and adequate’ and move on. 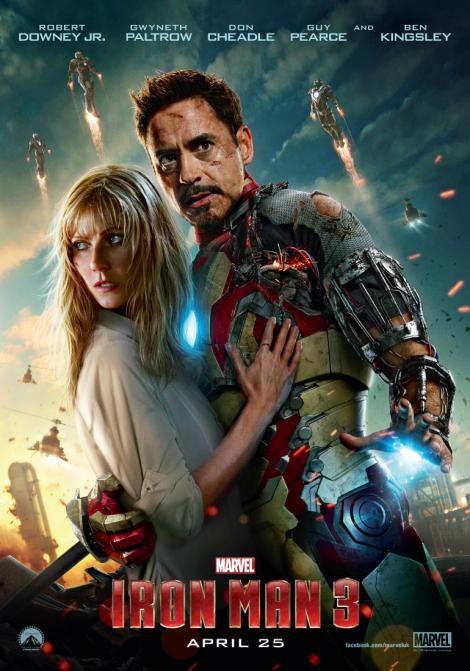 More Marvel news with Kevin Feige talking about the upcoming Thor sequel and Guardians of the Galaxy. Marvel head Feige is excited about focusing on the cosmic side of the Marvel Universe in these films, a refreshing change if you ask me.

Also, Joss Whedon and Mark Ruffalo have both dismissed rumours of a standalone Hulk reboot this week. There have been more Amazing Spider-Man 2 teasers, but with the film not released until April 2014, little is being given away.

Moving away from Marvel now, there has been more speculation on Christopher Nolan and Zack Snyder being involved in a Justice League movie. This is old news, but Warner are keen to get Christian Bale involved in a film that would focus on Batman and Man of Steel’s Superman. However, Nolan was so keen to finish off his Dark Knight trilogy, so I’m not expecting a Bale return or Batman heavy adventure. 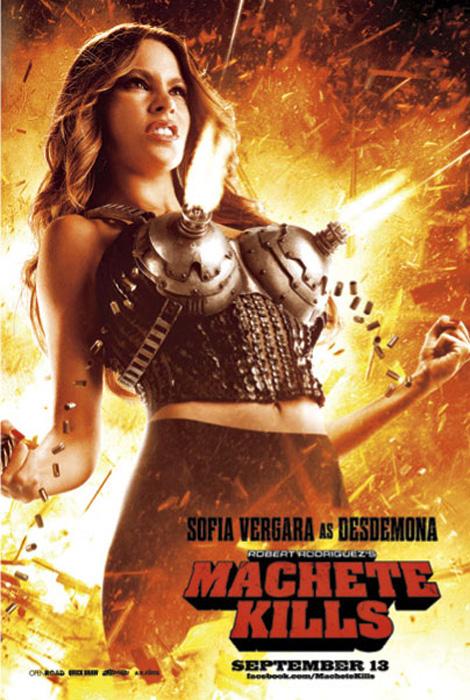 Star Wars VII casting news now, with Lucas letting slip that both Mark Hamill and Carrie Fisher have signed for a return. Lucas commented that they’re in the final stages of negotiations with the pair, who will join Harrison Ford in 2015.

It has also been announced this week that Ford is joining the cast for the upcoming Anchorman sequel, Anchorman: The Legend Continues.

A final few snippets to finish off this week’s extensive film news segment then. Ahead of Evil Dead reboot released next month, Sam Raimi has announced that he plans to write a script for Evil Dead 4 over the Summer. Disney have also commissioned Raimi for a sequel to Oz, despite it only being released yesterday (more on that in a moment).

Then there’s gore master Eli Roth’s 13-part thriller coming to Netflix next month, Hemlock Grove, which looks pretty swish. Finally, another eye-catching poster for September’s Machete Kills has been released. It look’s like Rodriguez has gone Planet Terror on us again…

This week’s main releases are Side Effects and Oz: The Great and Powerful. Starring Rooney Mara, Jude Law, Catherine Zeta-Jones and Channing Tatum, Side Effects tells the story of Emily, who suffers from irrational anxieties.

Emily’s psychiatrist (Law) prescribes her a drug that seems to help, that is, until she is implicated in a murder. Is Emily to blame, is the drug, or neither? This new thriller from Steven Soderbergh is an interesting insight into a controversial matter. It definitely looks to be worth a watch, but is without a doubt overshadowed by Raimi’s new release this week.

Oz: The Great and Powerful is a visually stunning prequel to 1939’s Wizard of Oz. Starring James Franco, Michelle Williams, Mila Kunis and Rachel Weisz, Oz is a charming tale of how magician, Oscar Diggs, came to be the wizard. Sam Raimi’s huge-budget fantasy looks beautiful, and he’s already signed up for a sequel. That’s all I’ll say for now, as we’ll have a Geek Pride reviewer taking a more detailed look over the next week. 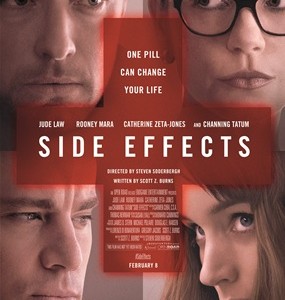 This week, I’m excited about a remake that’s hitting our screens next week on 15th March. Directed by Alexandre Aja, Maniac is a remake of 1980 thriller of the same name about Frank, an owner of a mannequin store and killer of stray women. Starring Elijah Wood, the film is shot almost entirely in POV, a somewhat controversial method considering the content.

There were originally fears that Maniac would not pass BBFC standards for rating, but the film will be released as a certificate 18 next week. The audience is put in the shoes of the killer, who scalps his victims and treats them like his real-life mannequins. Wood has been excellently cast in the lead role, as he’s so against the type, even with those scary bush baby eyes.

Maniac looks horrible, disturbing and extremely thought-provoking. This slasher remake takes voyeurism in slasher films to a new level. Definitely one to watch, if you can stomach it, anyway. 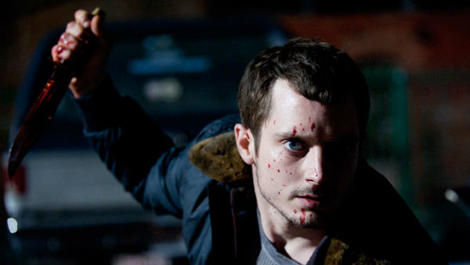 I'm an aspiring film journalist living in Chester. Into all kinds of geekery from N64 to Xbox, graphic novels, cosplay anime and more. I have an unhealthy obsession with Pokémon and the Legend of Zelda series. So much so that I have two Zelda tattoos and various Pokémon lurking all over my house. In my spare time when I'm not busy being a real person and working, I'm writing or making retro games jewellery. I'm also obsessed with pandas. They're fabulous.
You might also like
Amazing Spider-ManAvengersBatman