Geeks on Film returns this week with the latest top stories and updates. We’ll look at Star Trek: Into Darkness which hits our screens in a few days and I’ll tell you why I’m excited about Pacific Rim.

We’re going to kick off this week with news on upcoming Michael Bay projects, Transformers 4 and his Teenage Mutant Ninja Turtles reboot. Kelsey Grammer has been cast as the villain in Transformers 4, set to be released in June 2014. Details are scarce at the moment, but it has been confirmed that he will not merely be lending his voice as a Decepticon, but this bad guy is going to be a human. Grammer will play counter-intelligence operative Harold Attinger, and that’s all we seem to know so far.

Next up, Michael Bay has finally confirmed that the rumours of his TMNTs being aliens in the upcoming reboot is a load of bollocks. He was apparently misquoted a while back and failed to respond to the rumours, but has confirmed that he will be sticking close to the original material. Set for release in May next year, a Summer of Michael Bay blockbusters is on the cards. Whoopee. Yes, that is sarcasm you sense. Bay certainly has some gems under his belt, but his work over the past ten years has failed to grab my attention. I’m a big cinematography nerd, and the guy uses the same bloody colour palette on every film. Okay, so that’s very nerdy, but everything always looks like it’s had a green wash over it. Anyway, moving on… 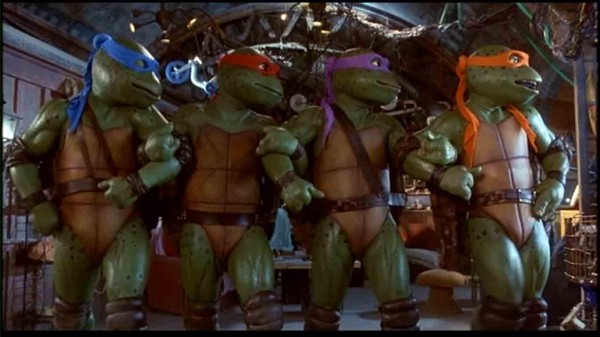 Next we’ve got news on the upcoming Ant-Man movie set for a 2015 release. Due to changes in the Marvel Universe brought on by Iron Man 3 with Avengers 2 following suit, director Edgar Wright (yay) has had to do a bit of a rewrite. However, Marvel head Kevin Feige is confident it will be a success. I’d love to hear from my lovely readers what you think about the Ant-Man movie, will it work?

A little less geeky now, with confirmation of an Inbetweeners Movie sequel where the boys will head Down Under, cue the innuendos. In other news, the Die Hard sequel might have been given a name – Die Hardest. If you ask me, that’s fucking awful. Then again, it’s the sixth movie, I’m not exactly expecting a cinematic masterpiece. 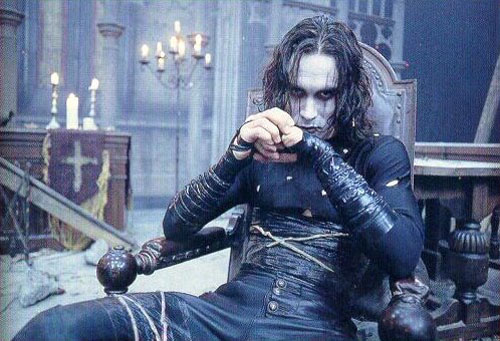 Finally, some Hollywood gossip I’m not sure whether or not to be excited about is further speculation on the casting of Eric Draven for Warner Bros’ remake of The Crow. Tom Hiddleson was rumoured for a while, but attention has turned to Alexander Skarsgard, with the role apparently being his to turn down.

Now, I’m all in favour of Skarsgard getting such an awesome lead role, but I’m really not sold on the idea of a remake. The Crow is a great cult film, and Brandon Lee was superb, with his death from an injury sustained during filming making this piece of cinema ever more iconic. Keep posted for more news on this one folks. Let’s just hope that they get Trent Reznor back on board for the soundtrack. 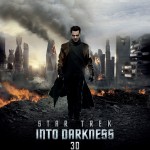 Hitting the big screen next week is the much anticipated sequel, Star Trek: Into Darkness. Directed by J.J. Abrams and starring Chris Pine, Zachery Quinto, Benedict Cumberbatch, Simon Pegg and many many more, I can’t wait for it’s release. I’m not the biggest Star Trek geek, but I’ve recently become much more interested and I think that Benedict Cumberbatch will really play a superb villain.

I saw a fantastic trailer for this at the cinema over the weekend, and this is going to be a great 3D release. I’m not sure I’m confident it will knock Iron Man 3 off the top spot, but it’ll definitely give it a good shove. Released on Thursday 9th May with much of the footage kept under wraps until very recently, this really will be one to watch.

Little else happening this week since Iron Man 3 is leading the box office, asides from a new release from one of my favourite directors, Pedro Almovodar. Sadly, his Spanish film I’m So Excited, which was released earlier this week, seems to have been universally panned. Set on a plane and full of outrageous and hilarious situations, the film seems to follow his usual formula but just hasn’t hit the spot. 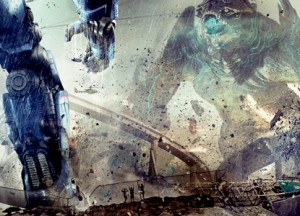 I’m a huge Guillermo del Toro fan, the man has made some seriously beautiful pieces of cinema and it looks like his upcoming English language sci-fi flick will be no different.

Pacific Rim is set in a near distant future where giant monster have started mysteriously rising from the sea. Armies of soldiers pilot giant robots in order to battle these alien creatures, so we’re set for some serious action.

In fact, a few days a go a new banner style poster was released for Pacific Rim and it’s absolutely enormous. Most websites have cut it up into individual posters because it’s that huge, and boy, is it epic. The latest tagline for the movie is ‘Go Big or Go Extinct’ and everything about this film really is massive.

I can’t possibly post the new banner poster, but you can check it out at the following link: http://www.empireonline.com/news/image/pacificrimsuperposter.asp.

Meanwhile, check out the new trailer below for Pacific Rim which hits cinema on July 12. I honestly can’t think of anything else that would be this epic to see in 3D, a film that will really do the technology justice. I’ll stop gushing about the film now and let you watch the trailer, but I’ll just say this (excuse the language, but it’s necessary) – it looks fucking awesome.

I'm an aspiring film journalist living in Chester. Into all kinds of geekery from N64 to Xbox, graphic novels, cosplay anime and more. I have an unhealthy obsession with Pokémon and the Legend of Zelda series. So much so that I have two Zelda tattoos and various Pokémon lurking all over my house. In my spare time when I'm not busy being a real person and working, I'm writing or making retro games jewellery. I'm also obsessed with pandas. They're fabulous.
You might also like
alexander skarsgardant-manant-man movie