Are you a gamer, but are too busy actually gaming to read about what’s been happening in the gaming world? Well we’re here to give you a byte-sized chunk (see what I did there?) of the gaming news from the last week or so, and look forward to what may come.

Alas, poor LucasArts… I knew him well
The big news over the last week was that Disney decided to shut-down the 30 year veteran of video game production, LucasArts. This was to pursue a more externally-licensed model, but this hit gamers hard. With the company behind classics Sam and Max & Day of the Tentacle now no more, some gamers a heralding the beginning of the end.

Read more about the downfall of LucasArts and the cancelled Star Wars projects HERE.

I predict a riot… or an Uprising
Treyarch have debuted their next batch of DLC for Call of Duty: Black Ops 2, which they’ve dubbed “Uprising“. The DLC features 4 new multiplayer maps and a new zombies “adventure”… but no DLC weapon this time.

Xbox 360 users get Uprising first on April 16th. Check out all the details and the trailer HERE. 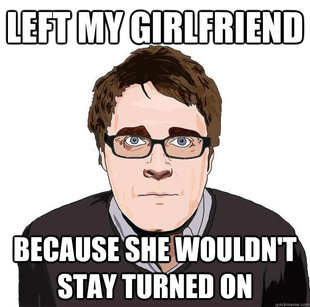 Microsoft Exec says “Deal with it!”
Microsoft Studio‘s Creative Exec Adam Orth has been going through the mill a bit, not that he seems to give a crap. When it leaked that the new Xbox (codenamed “Durango”) will require an “always on” internet connection, gamers were understandably pissed off… at which point Orth took to Twitter, and proceeded to tell twitter users to “Deal with it”… and piss them off a whole lot more.

BioWare’s Manveer Heir even replied back saying “Did you learn nothing from Diablo III or SimCity? You know some people’s internet goes out right? Deal with it is a shitty reason.” to which Orth responded “Electricity goes out too.”… making sure to use his #dealwithit hashtag again.

Get your Blizz on, for BlizzCon
It’s not coming around until November, but typically tickets for BlizzCon sell out within a month,  so if you’re itching to get over to the Anaheim Convention Center for Blizzard’s event, the tickets go on sale in two batches: the first batch on April 24th at 7PM Pacific time (2am GMT), and the second on the 27th April at 10am Pacific time (5pm GMT). It’s not cheap either – a ticket will set you back $175. You can get your tickets from http://blizzcon.com/.

Rescue me Oh take me in your arms…
Good news for physical videogame sales & preowned sales – struggling UK high street chain HMV have been saved by Hilco, a “restructuring specialist”. The approved proposal saves 141 stores around the country and about 2,500 jobs in a £50m buyout. 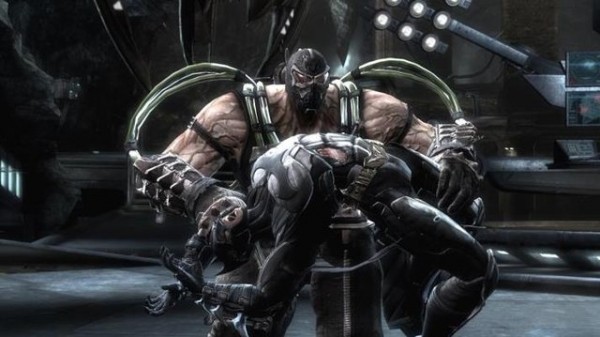 In brightest day, in blackest night… you’ll be able to play Injustice
Yes, Injustice: Gods Among Us will be hitting our shores soon, however you can get a taste of the game now, in a manner of speaking.

You can now download a companion app for iOS free, which is a card-based combat game that you can log in to with your WBID, and unlock items on the console game and visa versa. To be fair it looks gorgeous for a mobile game, but if I’m honest I’ve never been a fan of card combat games.

Still, if you’re into it, then you should definitely check it out. There’s no news on an Android verion though unfortunately.

All the features from the Facebook-based game will be incorporated, such as sending gifts & participating in tournaments… though Rovio were decidedly nondescript about what (if any) differences may be present. They did however hint that the game was incoming “soon”.

Fear leads to anger…
Last, but by no means least… following the closure of LucasArts, Raven Software have released the source code for Jedi Knight 2: Jedi Outcast and Jedi Knight: Jedi Academy as a tribute to the late, great developers.

[quote]”We loved and appreciated the experience of getting to make Jedi Knight 2: Jedi Outcast and Jedi Academy for LucasArts. As a gift to the persistently loyal fanbase for our Jedi games and in memory of LucasArts, we are releasing the source code for both games for people to enjoy and play with.”[/quote]

Should you wish to tinker around with the source code yourself, you can get them the Jedi Outcast code HERE, and the Jedi Academy code HERE.

Movie and videogame geek, basketball player, guitarist, waffle connoisseur & expert in being a slacking bastard. You'll find me gaming on PS4 as "SpasmicPuppy" most of the time... I'm addicted to Destiny.
You might also like
Black ops 2breakingDLC

Black Ops 2: Uprising – All the details