Last year, Harebrained Schemes joined with a design team that included Jordan Weisman (of FASA (Battletech) and Wizkids fame) to bring something very special to the world via Kickstarter. With over half a million dollars in pledges and nearly 2200 backers, Golem Arcana made a lot of promises. A year on, has HBS delivered? 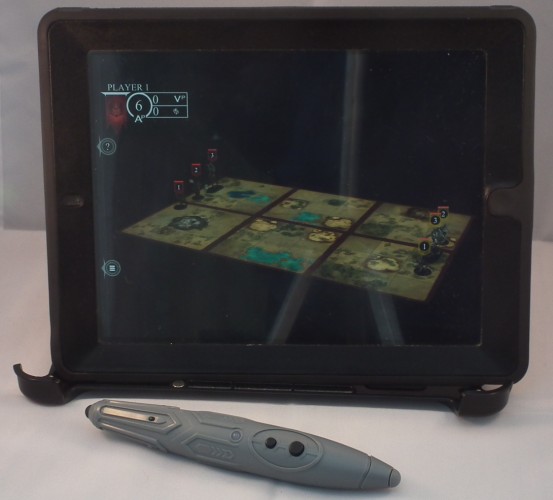 The Bluetooth stylus and the Golem Arcana app in action

First, a bit of background. Golem Arcana is a war game based in a fantasy world where knights ride artificial constructs called Golems, forged using magic. What made GA stand out however was the use of a Bluetooth enabled stylus to link the physical product to an app. The game system is relatively simple: units have movement and attacks that use Action Points and a percentage to hit. This is altered by the types of terrain moved into, the target’s Dodge, the amount of armour they’re wearing and so on. In addition, units suffer Cooldown meaning continuous use of the same unit gets more and more expensive in Action Points.

While the maths is fairly simple, the constant admin required to keep tabs on everything would rapidly become wearying. The app however takes care of all this number crunching; all the physical products in GA are covered in a series of microdots so with just a few taps you can find out how many Movement Points are needed to reach the light terrain, or how likely it is your ranged attack will connect, and even how much damage it will do. The relative clunkiness of the gameplay system is therefore mitigated by using the app and stylus. 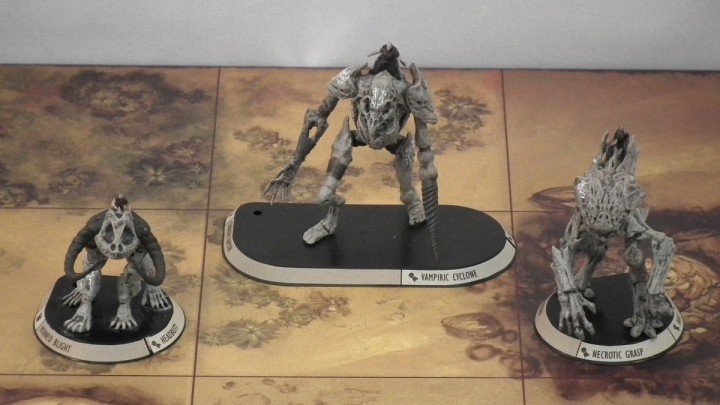 Golems of the Urugal clan, formed of the bones of the dead on one of the stunning terrain tiles

I was lucky enough to receive my copy of the KS version of the base game for Golem Arcana a few weeks ago. Unfortunately, this was after a lengthy delay for the EU backers, due to some SNAFU linked to the distributers HBS were using out of Holland. The result was the rest of the world, including retailers in the EU, receiving their copies before the EU backers. Not a great start, especially as information was poorly given by the HBS representative in the comments on the KS page, forcing users to wade through pages and pages of posts before finding what they needed to know.

In spite of this, I was still very excited when the box finally arrived (maybe more so; my appetite was heavily whetted by all the internet chatter!). So first impressions? Well, I’m not too ashamed to admit I may have geek-gasmed. The figures, the board, even the box are gorgeously rendered with top quality artwork and solid materials. Each figure comes already painted to a decent level, ideal for work-shy people like me! 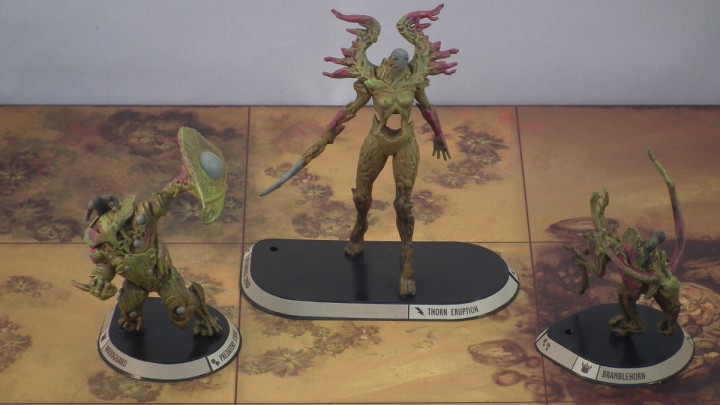 Golems of the Zikia clan, woven from branches and trees

But enough of how it looks, how does it play?! Unfortunately I can’t say too much on this right now, as most of the units aren’t yet available. That said, I did have the opportunity to play through the Tutorials built into the app and so far it works beautifully. Is it the future of war gaming? Tough to say at this stage, but from my few games thus far with my limited number of figures, the use of a stylus and app may in fact create a bottleneck in play. This would create a limit to how many miniatures could be used in a game before it becomes too cumbersome, making GA only really suitable for skirmish type war gaming. Hopefully I’ll be able to do a full review and get back to you good people.

So what do you think? A clever and innovative meshing of digital and physical gaming, or a gimmick that will fail to become anything more than a novelty? As always, Geek Pride would love to hear what you think!

An avid board and card gamer, this displaced Cornishman has spent way too much time playing games and skulking around his local hobby shops. He later escaped to Swindon, the land of roundabouts, where he currently designs games whilst infecting those who stand still too long with his gaming lurgy.
You might also like
BattletechBluetoothboardgame