previous
James Franco To Direct Movie Telling The Story Of 'The Room'
random
next
Science For The Win! Brittany's weekly Science Roundup 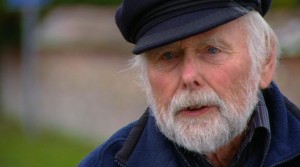 Today brings the sad news of Christopher Barry’s death, a day in which we say our goodbyes and honour a legend. The 88 year old director has passed away, but the legacy he leaves behind will make him fondly remembered by many generations to come.

He’s known as one of the longest running directors on the cult show Doctor Who, having worked on various episodes since 1963 until 1979, not to mention he directed the straight to video Downtime (a Doctor Who spin-off) and while not the only one to have had this pleasure, he’s among the few to have worked with the first four Doctors.

Perhaps he’s best remembered by his work on The Daleks, a memorable and iconic piece of television, the second serial of Doctor Who, but he has worked steadily on other projects as well, such as:  All creatures great and small, Dramarama or The Tripods. Christopher Barry has been retired for a few years, but his work has ensured that he will never be forgotten by those whose lives he’s touched through his work, on Classic Who and beyond that.

Rest in peace and thank you!

What's there to say about me? I love the sci-fi and fantasy genre when I read, but I am in no way limited to that alone. I do think Frank Herbert deserves a statue for his writing(if there is one, point me in that direction, please). I enjoy writing quite a lot, but I am also kinda lazy. If you want to make me happy give me books or Doctor Who collectibles. Or a real TARDIS, in which case I will love you forever.
You might also like
breakingdirectorDoctor Who