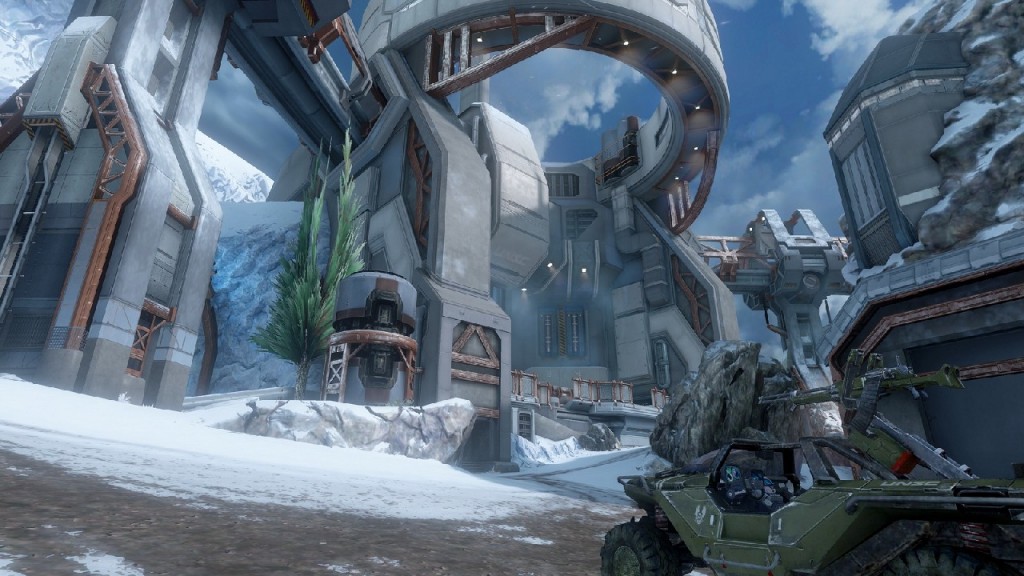 The Champions Bundle will be available on Xbox Live for 800 MS Points2, featuring:

A brief description of the limited-time exclusive Champions Bundle content and each new pack is below. For more information, please visit Halo Waypoint.

Enhance your War Games experience with three all-new content packs for one special price3, plus limited-time exclusive bonus content only available for those who purchase the “Halo 4” Champions Bundle. The bonus content gives you an excellent selection of upgrades, including an armour mod called the Resistor Tactical Package, new weapon skins, new armour skins and new Spartan stances for your player card. And, with the “Halo 4” Champions Bundle, you get the three content packs as well: the Infinity Armour Pack sets your Spartan up with legendary new armour; the Steel Skin Pack brings elaborate steampunk style to your UNSC, Covenant, and Forerunner weapons; and the Bullseye Pack delivers two new maps, a sports-themed Spartan armour, and two week early-access4 to an insane new competitive gravball game type called “Ricochet”. A description of the armour mod is below:

Dive headfirst into the exciting Bullseye Pack, which includes the brand new Ricochet game type and two new maps, Pitfall and Vertigo. In addition, Bullseye offers an entirely new armour set based on the Ricochet game type. A description of the new maps, game type, and armour mods is below:

Stand out on the battlefield: from legendary Mjolnir and Special Forces armour to the ancient Forerunner mail of an era long passed, now is the time to update your “Halo 4” Spartan. With the Infinity Armour Pack, you get access to the vintage Mark V armour of “Halo: Combat Evolved,” the rugged armour worn by the battle-hardened ODSTs, and a hybrid Forerunner armour system used by their civilization’s Prefects more than 100,000 years ago.

With the Steel Skin Pack, stylise your favourite loadouts with the most elaborate and impressive “Halo 4” weapon skins to date. Inspired by classic steampunk aesthetics, the Steel Skin Pack covers the gamut with ten UNSC, Covenant and Forerunner weapons, grafting vivid, dynamic plating and textures across your weapon-of-choice.