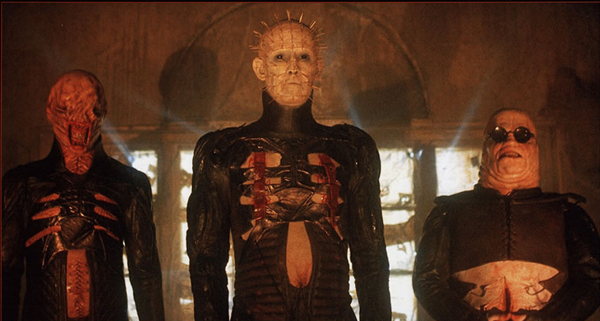 In news that sent waves through the Horror community, Clive Barker recently announced he’s been in talks with Dimension pictures to remake Hellraiser. Whilst news of another remake of a classic film will no doubt make you want to run into the street and shake your fists at the sky, this time things look distinctly different.

The idea of my coming back to the original film and telling the story with a fresh intensity – honoring the structure and the designs from the first incarnation but hopefully creating an even darker and richer film – was attractive to Dimension.

Hellraiser is still highly regarded for its impressive practical make-up effects from Bob Keen. On that subject, Barker had this to say,

… it will not be a film awash with CGI. I remain as passionate about the power of practical make-up effects as I was when I wrote and directed the first Hellraiser

As for who will be playing Pinhead, the iconic and enigmatic antagonist and servant of Leviathan?

Of course, the best make-up in the world loses force if not inhabited by a first-rate actor. I told the Dimension team that in my opinion there could never be a Pinhead without Doug Bradley, and much to my delight Bob Weinstein agreed.

In my opinion, all Hellraiser films besides Hellraiser and Hellbound are a travesty. As Barker’s presence has been sorely missed in the world of Horror cinema, his return has the potential to rejuvenate the Hellraiser name in film much like he has in comics.

Andy Haigh started writing to counteract the brain atrophying effects of Retail Hell, now it's an addiction. Andy is an unrepentant sequential art absorbist and comics are one of his passions. Other interests include Film, Music, Science Fiction and Horror novels and quality TV like Game of Thrones. He can talk about these at great length if only someone would listen. He lives a somewhat hermit like life in The Shire, spends too much time on social media and is still waiting to go on an adventure.
You might also like
breakingCinemaClive Barker