How To Raise a Geek – A Mother’s Story 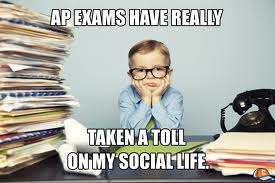 So I asked my Mom how my sister and I turned out so weird, but why we think it’s so normal, and after telling me that her answer would have to come in installments, this was her reply:

How to Successfully Raise a Geek

Raising a geek is both time-consuming and frustrating – said no geek-farmer anywhere. It’s amazingly simple, something that can be done without really trying, and is especially suited for those parents who are disinclined to intensively interact with their offspring. The only things required are a laissez faire attitude and a little imagination (read: desperation). My geeks are the way they are because I was a single mother attending college full-time while holding down four part-time jobs. Daycare was my biggest issue (we won’t talk about the messy house and the mounds of laundry – the clean clothes just got tossed on a large table and the resultant burial mound was soon nicknamed “Laundry Mountain.” Rarely was it excavated).

So when there was a school break (I think they should be illegal – hell, what do I pay taxes for?), I started by taking my little geeklets to classes with me. This presented a challenge, especially in my Human Sexuality class. My little one spent the entirety of the class drawing little spermies with happy faces. She was five at the time. But they soaked it all up, like the little geek sponges they were.

After graduation, I entered graduate school and became a Teaching Assistant. I taught Biology labs, and that’s when the real fun began. There were live animals in the lab, and the population increased every time I had to remove a pet from the possession of my little possessed ones. Gerbils, fish, chinchillas, and god only knows what else were “donated” by my darling offspring. Sitting in the labs while I taught also afforded them the chance to observe (and occasionally participate in) dissections. I knew my kids had potential when they taught my students how to jump rope with fetal pig intestines. Then there was the time that we snuck into the lab over Spring Break and dressed all the dissected pigs in party wear, set them up in the Department Head’s office, and yes, I do have the pictures to prove it.

We had animals of all types at the house. Cats, dogs, gerbils, hamsters, chinchillas, a ferret, fish, toads – you name it. But by far the most popular were the preserved dead animals (or parts of dead animals) that I brought home from the lab. Dissections at the kitchen table were commonplace, and it wasn’t long before the neighborhood kids all started showing up to participate. Their parents were horrified. Jane still won’t speak to me after her daughter proudly brought home a cat heart. Or was it the brain? Whatever – my house smelled like formalin for about three years. I knew the home dissections had to stop, though, when I came home to find that all 106 of the girls’ Barbies had been carefully disemboweled, their limbs amputated and all parts hung carefully from a large tree in the back yard.

After a while I started collecting deceased rodents for a friend of mine who was doing her dissertation on a new mouse species. It became the norm for “Right next to the mice” to be the answer to “Where’s the popsicles?” The girls became inured to my little frozen treats tucked carefully away behind the frozen peas, and even added a few of their own, usually flattened roadkill or some other extremely fragrant offering.

When my little geeks-in-training were a bit older, my daycare frustrations became more…well…frustrating, as my kids were no longer young enough to attend Montessori extended daycare. I couldn’t trust them to stay at home alone, at least without the police and fire departments on speed-dial. However, they were old enough to be dropped at a very public place, with a lot of people around, to spend the day as they chose. So yearly memberships were purchased from the zoo, the Natural History Museum, the Botanical Gardens – you name it. My prepubescent geeks were happily entertaining themselves (and no doubt being kicked out of the Hall of Life or the fossil prep room) while I went merrily on my way. I believe that this solidified their geekiness.

And oh yeah, let’s not forget that I made them read. While I watched Star Trek TNG. Locked in my bedroom. Contemplating where next to let loose my little geeks on an unsuspecting public.

And that, ladies and gentlemen, is how you successfully raise a geek. 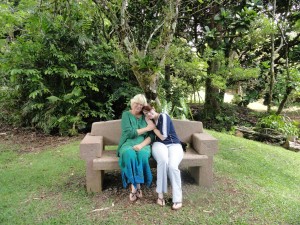 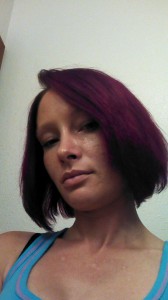 My Mom And younger sister. Believe it or not, There is not a recent photo of my mother and I so Here is just a picture of me.

Brittany Thornton aka The Wookie, lives on the majestic islands of Hawaii. A mother of two up and coming geek daughters. A Whovian, a Tolkien lover, a Trekkie and obviously a fan of Star Wars, you'll usually find her on XboxLive, playing Destiny and getting killed... a lot. Want to win her over? Books, bring books. Food helps too.
You might also like
breakingentertainment.Gaming