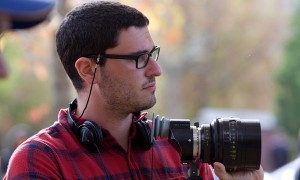 As well as the eagerly anticipated episodes of the new Star Wars trilogy, Lucasfilm and Disney are developing several stand-alone movies that will offer new stories beyond the core Saga.  Having already confirmed Godzilla’s Gareth Edwards as a director for one, they recently announced that the newest director to come on board is Josh Trank.

“We’re thrilled to welcome Josh into the family,” says Lucasfilm president Kathleen Kennedy. “He is such an incredible talent and has a great imagination and sense of innovation. That makes him perfectly suited to Star Wars, and for this new slate of movies that reach beyond the core characters and storylines of Episodes I through IX.”

Trank states, “The magic of the Star Wars Universe defined my entire childhood. The opportunity to expand on that experience for future generations is the most incredible dream of all time.”

Trank captured imaginations worldwide with his critically lauded directorial debut Chronicle, a fresh and engaging take on the superhero genre. Trank is currently at work on The Fantastic Four for 20th Century Fox.

Disney already announced earlier on in the year that there were likely to be three spin off movies, but the plots for each remain a closely guarded secret.  Speculation is rife that they are likely to centre around origin stories for Han Solo, Jedi Master Yoda and bounty hunter Boba Fett, but this is unconfirmed.

I'm Lauren, also known as The Rock Fairy. I'm a music journalist and radio DJ mainly but I felt the need to get my inner geek on. I love all things Marvel, Batman and a whole host of other geekery which you'll find out from the stuff I write about. I can't give too much away can I?
You might also like
DisneyGareth Edwardsjosh trank