Welcome to the second GP crowdfunding roundup which this time takes in documentary film making, computer gaming and boardgames. 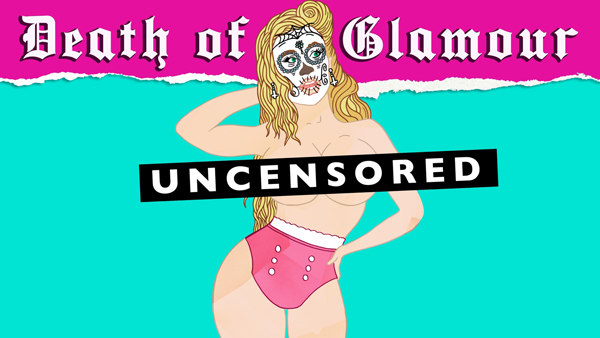 Death of Glamour is a documentary project from Alex Sim-Wise and Carla Brown that looks at the rise and fall of the British glamour industry, from its early days in the 60’s to its slow death in the modern age, looking at the good and the bad.

Why should you care about Death of Glamour?

The glamour industry is an interesting facet of British culture, and one that’s distinctly divisive. Whether you think it’s exploitative or empowering it’s had an impact on numerous lives and the cultural landscape over several decades. Unlike most of the documentaries that pop up on Kickstarter, Death of Glamour is headed up by people with actual experience of the subject matter. Carla Brown is an experienced model working in the industry for over a decade and Alex Sim-Wise was a model for 9 years featuring on the covers of various magazines as well being a columnist for Front magazine (amongst numerous other ventures) but now looking back wants to document the industry, an industry which Alex and many other women were part of, both the good and the bad. Sim-Wise isn’t a stranger to being behind or in front of the camera hosting her own lo-fi madcap show In Bed With Sim-Wise and being a roving reporter for Attack of the Show amongst other things.

For more on Death of Glamour go here.

System Shock from Night Dive Studios is a complete remake of the influential mid nineties cyberpunk horror FPS aimed at fans of the old game and introducing a new generation of gamers to the nightmarish environment of the Citadel.

System Shock was released in 1994 and set in the future of 2072. Players took on the role of an anonymous hacker caught trying to steal info on the Citadel space station from the TriOptimum Corporation. After making a deal to escape punishment the player awakens after several months in a coma and finds the Citadel in a state of disrepair,something has gone catastrophically horrifically wrong. The Citadel’s robots are now aggressively hostile and the crew that aren’t dead have been made into cyborgs all under the control of a malevolent rogue A.I named SHODAN.

Why should you care about System Shock?

System Shock was an early forerunner for 3D genre splicing narrative based FPS titles that have gone on to become some of the most well known titles in modern gaming. Bioshock, Deadspace, Deus Ex, Dishonoured and more besides were all influenced by the foundations laid by System Shock. Now Night Dive Studios are recreating the original, with Terri Brosius returning to voice SHODAN, and aiming for AAA quality to make a game that will match those that System Shock influenced. An early build demo is already available to play.

Cosmic Balance is a card and board game hybrid from Alex & Brian Tinsman. Players take the role of gods, deciding the fate of defeated minions by sending them either to Heaven or Hell. This balance of good vs evil is represented by an actual scale in the middle of the board, a kind of karmic see-saw. Tipping the balance one way or the other causes a gate to open in either Heaven or Hell, releasing Angels or Demons that score you points depending on the minions you have in play and the territories you control.

Why should you care about Cosmic Balance?

It’s got some cracking talent behind it, both Brian and Alex Tinsman have years of experience between them working on several sets for Magic the Gathering amongst other games. The artwork from Lars Nielsen looks edgy-cute, like a Roald Dahl book in a knife fight. Plus the see-saw looks to add a fun quirk to game play that doesn’t diminish the experience or add any unwanted fiddly-ness. Colour me intrigued with this one folks, the theme, components and artwork all add up to what looks to be a great game.

Kickstart this – A crowdfunding roundup

There’s a lot of stuff wanting your support via crowdfunding these days, so to save you sifting through the hundreds of different campaigns here’s a few highlights that are worth your attention and support. This time we’re focussing on comics and sequential art with four distinctly different books from different creative teams, taking in Noir, Horror, History and the Western. 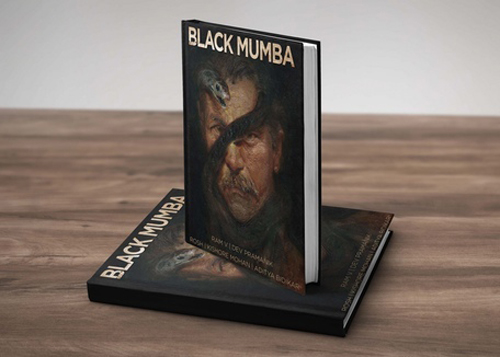 Black Mumba is a graphic novel of noir inspired stories set in Mumbai seen through the eyes of a weary police inspector. Black Mumba first appeared as a single story named “Dead Rain” back in 2012 which featured in the Blood Root anthology published by Sawdust Press.

Why is Black Mumba worthy of your attention? Besides a collection of noir stories set in Mumbai, which in itself is pretty interesting, the whole creative team from writer Ram V to artists Devmalya Pramanik, Kishore Mohan, ROSH and artist, letterer and editor Aditya Bidikar are all from India with most still living there. A story set in Mumbai being written by a writer who lived in Mumbai makes a big difference and an art team who are from India also makes a big difference to the visual identity. 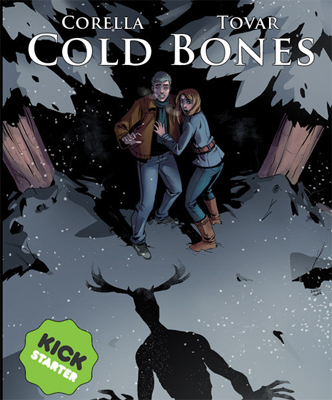 Cold Bones is a horror graphic novel by writer Jenn Corella and artist Angel Tovar set in the Ithaqua Mountains. Cass and Richard Ward are setting out on a trip to help out Cass’ troubled brother Aiden at his cabin, only the trip soon takes a turn for the worse as the group faces an ancient evil.

Why is Cold Bones worthy of your attention? One of the big reasons is Tovar’s art which looks great but another is it’s refreshing to see a horror story that doesn’t revolve around the usual zombies, vampires, etc but rather taps into the Native American folklore of the Wendigo, a malevolent evil spirit with a taste for cannibalism.

Whilst there have been various films, books and TV shows that featured stories built around the Wendigo I haven’t seen a graphic novel. 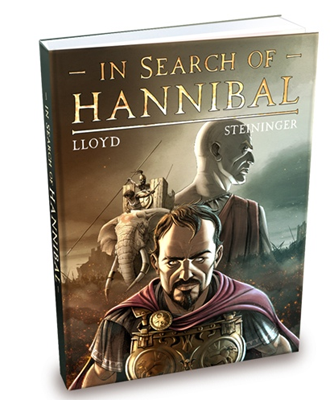 In Search of Hannibal by Nikolas Lloyd and Christopher Steininger is a graphic novel which tells the story of the Second Punic War and how Hannibal Barca, a military commander from Carthage, earned his place in history in a fight to secure the freedom of Carthage from Rome.

Why is In Search of Hannibal worthy of your attention? Whilst you might be familiar with something about Hannibal involving elephants that’s just the tip of the iceberg Hannibal hadto conquer Spain, cross the Pyrenees mountains, fight his way through the territories of the hostile Gauls in southern France, out-manoeuvre a Roman army to get to the Alps, and then cross the mountains at the mercy of the cruel weather, and that’s the short version.

The Second Punic War is so rich with mindboggling military feats that you don’t have to make stuff up for dramatic effect and Lloyd and Steininger aren’t planning on it. This will be a historical story telling Hannibal’s story in a medium that is far more accessible that a history textbook thanks to Steininger’s art.

For more on In Search of Hannibal go here. 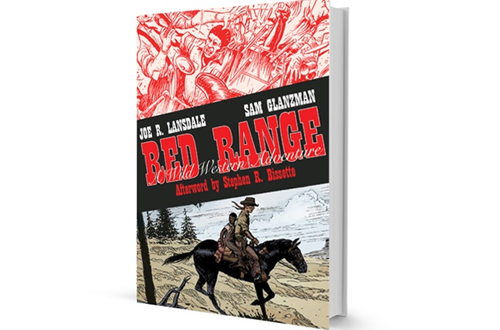 Red Range by Joe R. Lansdale and Sam Glanzman is a “Western” story set in the 19th century in the Lansdale style – weird, violent, and comical. Out of print since 1999 Drew Ford is wanting to bring Red Range back into print in a new edition via his It’s Alive publishing company.

Why is Red Range worthy of your attention? For those that don’t know Joe R. Lansdale has written numerous novels, short stories and a few comics too, with several being adapted for film (Bubba Ho Tep memorably featured Bruce Campbell playing an aged Elvis Presley fighting an Egyptian mummy in a nursing home) and TV (like the Hap and Leonard books which inspired the recent series of the same name) whilst Sam Glanzman’s detailed art deserves to be seen by a wider audience.

Andy Haigh started writing to counteract the brain atrophying effects of Retail Hell, now it's an addiction. Andy is an unrepentant sequential art absorbist and comics are one of his passions. Other interests include Film, Music, Science Fiction and Horror novels and quality TV like Game of Thrones. He can talk about these at great length if only someone would listen. He lives a somewhat hermit like life in The Shire, spends too much time on social media and is still waiting to go on an adventure.
More Goodness
comicsCrowdfundingkickstarter