Latest from “Guardians of the Galaxy” 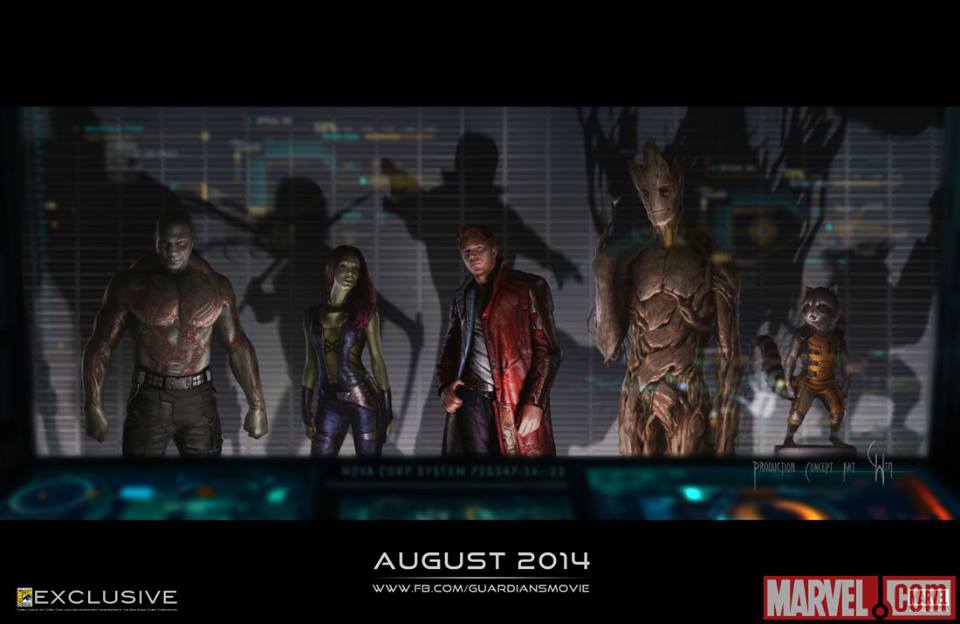 Since the early rumours and the revealing scene at the end of Avengers Assemble I have been looking forward to Marvel’s Guardians of the Galaxy, and for a long time names were banded around about who would be best to direct and star in this space opera.

Rhomann Dev: They call themselves the Guardians of the Galaxy.

Nova Corps Officer: What a bunch of a-holes.

Production is currently under way and filming has been taking place in London, Untied Kingdom.  It is directed by James Gunn who is also the writer along with Nicole Perlman who is making her writing debut.

Rocket Raccoon – He’s a talking Raccoon… with a machine gun.

“There’s a point where I go to set every day and I still can’t freaking believe I got this job, it’s something that I wanted more than anything I ever wanted in my life. When I got it, I broke down and cried like a little baby.” 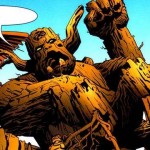 Currently missing are the voices for Rocket Raccoon and Groot; however, Vin Diesel recently set his facebook cover photo as Groot and following his previously teasing post “Marvel meeting today … Only the people in the room can tell you what was discussed …” fuelling rumours that he is to voice the giant alien tree-like creature, with his gravelly voice we feel he would be solid choice.

As Disney has been taking some hits recently with some big budget films failing to hit target, they are banking on the huge success on the other Marvel movies to once again smash the box office.  Over the years Marvel have been flooding the market with a large number of comic book movies and sequels, and they hope to continue interest by expanding their Marvel Movieverse.  However this is not just going to be another big budget blockbuster as the cast and characters look to expand the public’s perception of superheroes.

“I have a four-year old son who loves superheroes… One day he looks at me and says ‘Dad, I want to be light-skinned so I could be Spider-Man. Spider-Man has light skin.’ That was sort of a shock. This is why I am excited to be a part of the Marvel Universe, so I could be hopefully provide that diversity in the role of the superhero.”

Below are a number of pictures from the ongoing filming of GotG in theatres August 2014.

Recently a trailer from SDCC has been leaked on the internet and both Marvel and Disney have been acting to have them removed, so we would recommend that you take a look before it’s gone.