Last weekend we were at the first official London Anime and Gaming Con; the marriage of the London Anime Con and the London Gaming Con. As usual it was held at the Rocket Complex in Holloway, but an adjoining part of the university building was also used. Gaming has crept in at the last couple of  the anime cons but this time it had it’s own space.

Upon arrival, it didn’t take long to see that they had raised the bar somewhat. It wasn’t just the new size of the venue that made me think this; it just felt a little more organised and professional this time. 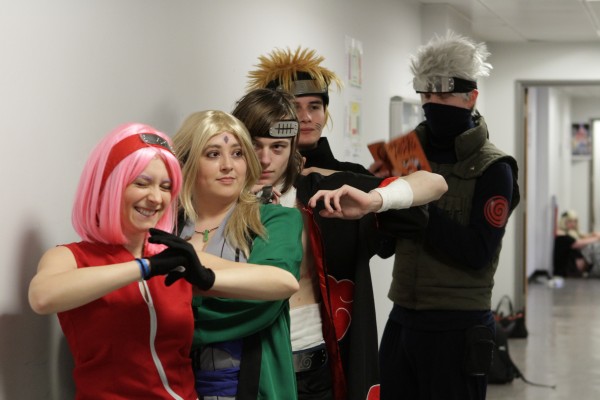 The London Anime Con was always a bit more low-key than many other geek conventions, but that’s a good thing. Rather than being just a place designed to extract all of your money as soon as you get through the door, the LAC has always been more about getting the fan community together to have fun, and that hasn’t changed at all. The number of merchandise stalls had increased and it was very difficult to resist some of the cool stuff on offer, but you could still have a great time without spending much at all. There were still a great selection of events, plenty to see and meeting celebrity guests was still free. Members of the community still provided most of the entertainment, but this time there were prizes involved for most competitions and tournaments, rather than just a round of applause. 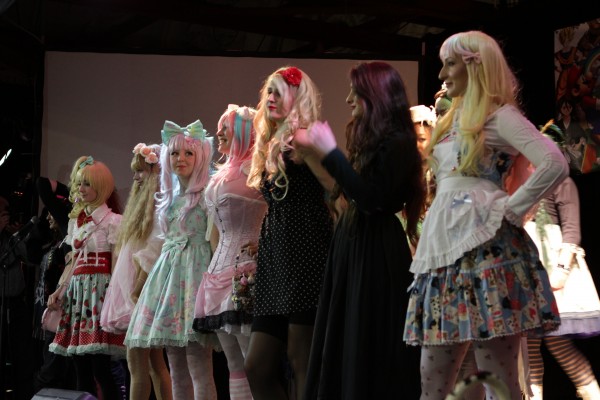 So many people turned up, that although there was more space, it didn’t really feel like it as the queues for entry were longer than usual. Unfortunately, many people who turned up intending to buy a ticket on the door were turned away on the Saturday, as the venue was at maximum capacity. The upstairs area felt a bit more claustrophobic than before; mainly because the merchants’ stalls now included walls, where t-shirts, bags and other goodies were hanging. This room used to be more open plan, but because of these new stalls and the increase in the number of visitors, it was more difficult to see the events taking place on the main stage. Previously though you could see from the other end of the hall quite clearly. 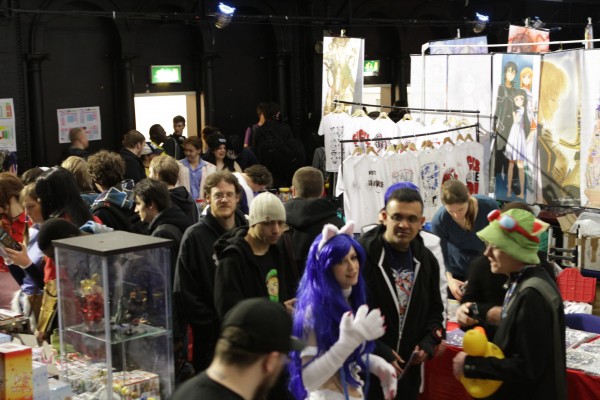 In the gaming areas, there was an abundance of titles you could play or compete in tournaments with; most of the consoles were retro, with the latest machine being the Wii U. Other consoles included the Nintendo 64, Sega Saturn, Sega  Megadrive,  Super Nintendo, PC engine and my personal favourite – the Neo Geo CDZ, which I spent the most time on as it was running Windjammers; a frisbee-type sports game, which also included OTT special moves. 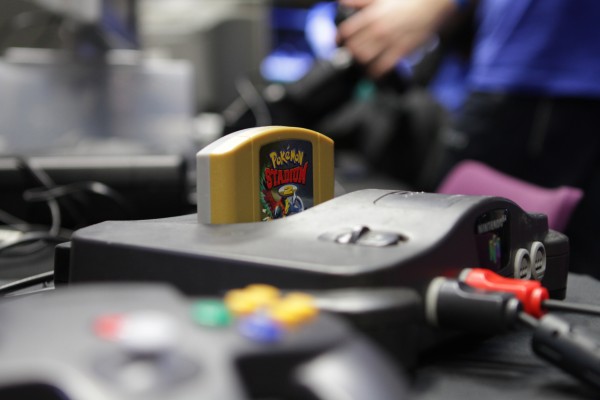 As always, I spent most of my time watching the shows and there were some very interesting ones, like “Crossplay 101”; a tutorial on how to cosplay as a character of the opposite sex. Another one I enjoyed was a talk on the Final Fantasy series, which featured a little known fact about each game in the long-running franchise.

Sunday was the best day for events, which included a talk from voice actor, Colleen Clinkenbeard; best known as the voice of Monkey D. Luffy in One Piece, but she also voices, writes and directs various Anime shows and films. She’s voiced characters in a few video games too – Lilith in the Borderlands games being one of them. She answered all sorts of questions from the audience, like her favourite characters she’s performed and the differences between recording for anime and video games. She showed great enthusiasm for the industry and for being among the fan community throughout. 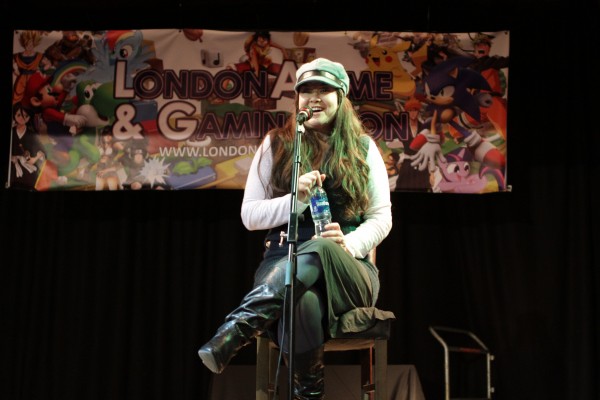 Of course, cosplay featured heavily throughout the weekend, with many of the visitors dressing up as their favourite characters from films and comics as well as anime and video games. I felt that the bar had been raised by the community too, as there were some very impressive costumes on display. There was the usual Q&A panel, featuring cosplay guest regulars, such as Stacey Rebecca but also some new faces.

However my favourite event was the Cosplay Masquerade, featuring a massive 50 contestants, all of which made so much effort with their costumes and poses, that it must have been very difficult for the judges to pick the winners. A few of them also performed songs or said something in character. The highlight however, was when one contestant announced that he had met his girlfriend at the LAC 2 years ago and then got down on one knee and proposed to her in front of everyone. She said “yes!” and the crowd went wild. It was a beautiful moment and a great end to a great weekend.

Although the event was bigger and better than ever, it was done without losing it’s soul, which I think is very important for an event like this one. Fun was had by all as always. I can’t wait until the next one! 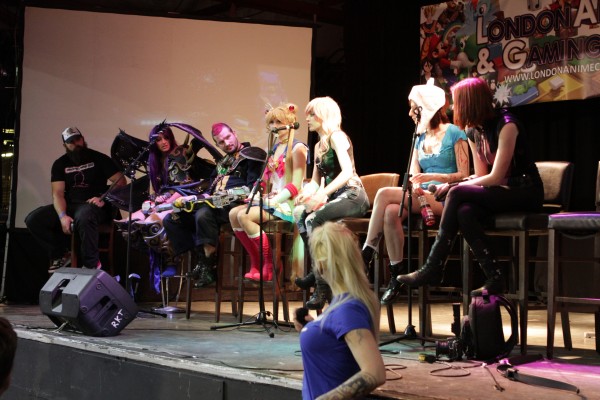 For more great photos taken by the talented David Sampedro, please see below. If you were there, maybe you’ll spot yourself. David is also working on the video edit, so expect that soon too.

I'm a 35 year old, self-confessed media junkie from London. I currently work as a tester in digital media (some say I get paid to watch telly) and also worked as a games tester in the past. I also spend a lot of my spare time watching films and playing video games. Thankfully I have a very understanding wife, who allows me time to do so.
You might also like
AnimebreakingColleen Clinkenbeard