previous
Naruto Shippuden Movie 3: The Will of Fire - Live Tweet-Along
random
next
The Flying Man

This weekend I was lucky enough to be invited along to MancsterCon. A new convention in its very first year of opening, with a focus on local artists and talent. MancsterCon was hosted in Madlab – a kooky little building in the heart of the Northern Quarter in Manchester. Madlab holds various seminars, meetings and tutorials (including Taxidermy Lessons and a Geek Girls Tea Party, awesome!) throughout the year. 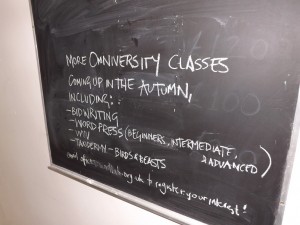 As I arrived a talk was in full swing. Hosted by Pauline Sometimes and focusing on Gender Stereotyping in Comic Books, Pauline concentrated on two main themes; ‘Brokeback Syndrome’ which concentrates on the impossible contortions that female characters often find themselves forced into to create provocative and over sexualised imagery and ‘Women in Refrigerators’ which is a term used to discuss the disturbing victimisation of female characters and the extreme violence they seem to suffer all too frequently. Once the talk had finished there was a highly passionate question and answer session. I do love a healthy debate.

After a short break to recuperate we all gathered round for a screening of local animator Gareth Crook’s work. Watch them here, in this order:

Henry and the Worm from GraphicQuarter :: Gareth Crook on Vimeo.

George and the Worm from GraphicQuarter :: Gareth Crook on Vimeo.

I don’t know about you but I ruddy love them!

This was followed by another break where we got to eat yummy sparkly cakes, before everyone settled down to a cosplay drawing competition. 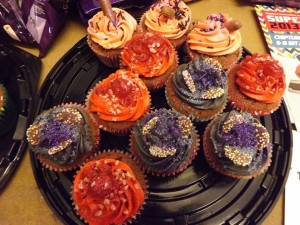 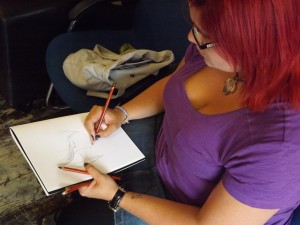 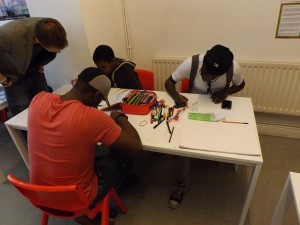 The winner Chris, who created this out of chalk on brown paper was thrilled to be presented with the title. 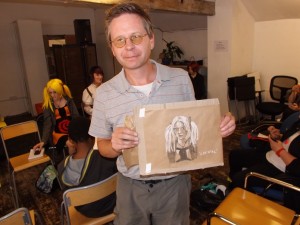 Chris also has a comic which you can find out more about here: http://www.lifeinourgalaxy.com/

After this I took a wander round the stalls and got chatting to all the incredibly talented artists that MancsterCon had attracted to their talent village. 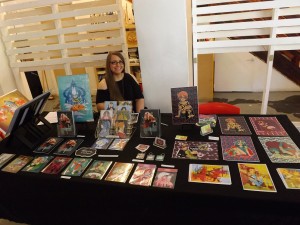 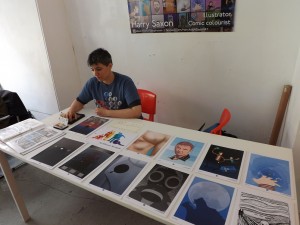 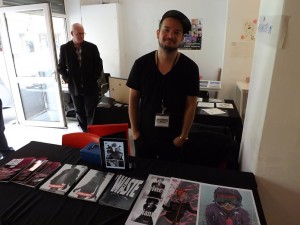 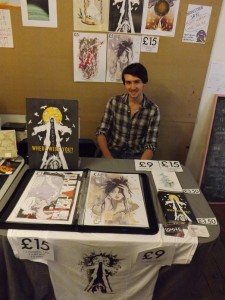 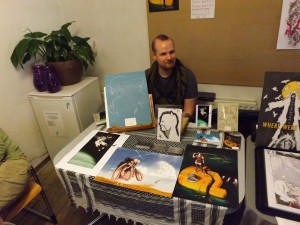 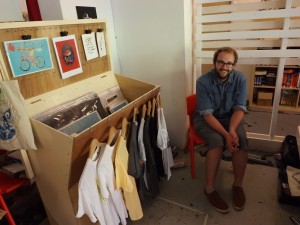 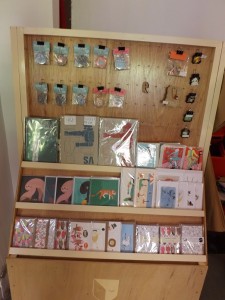 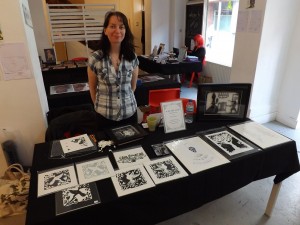 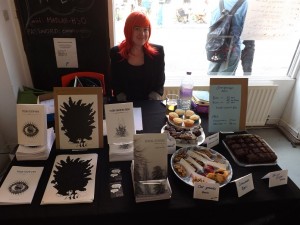 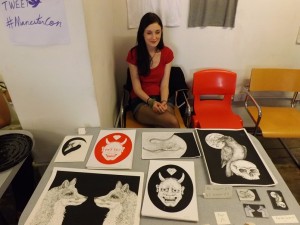 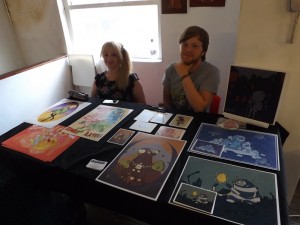 Russell Mountford (on the right) – Remouseillustration.co.uk 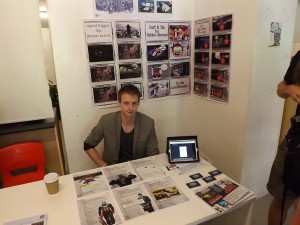 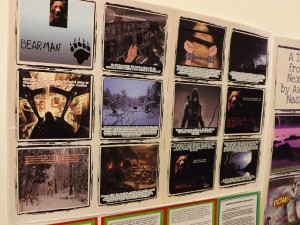 This last trader particularly interested me. He (Mathew J Sullivan) is currently working with Man Met and various schools around Manchester to use comics as a stepping stone for students who struggle with their creative writing. The idea is that people who are finding it difficult to write by using the accepted methods can storyboard by using a comic style format before turning it into an essay which can then be submitted as coursework. The storyboard/comic above was created by a year 9 student. You can learn more about this here and here.

Of course, no convention would be complete without some kick ass cosplays: 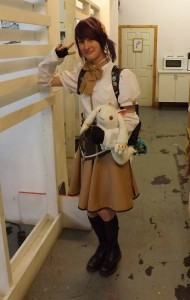 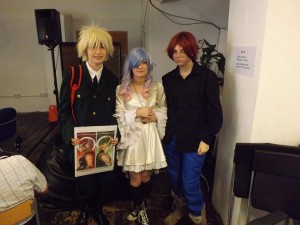 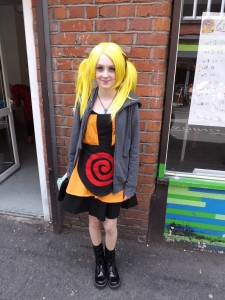 As the day wound to a close we all got the chance to kick back and relax and enjoy one last film. Sita Sings the Blues was a perfect end to a lovely day. I’ll definitely be coming back next year.