Well on their way to securing their position as top superhero film makers,  Marvel have released the first trailer for sequel Captain America: The Winter Soldier. We get a glimpse of Chris Evans returning as the all american Steve Rogers debuting his new costume, Black Widow (Scarlett Johansson) is back and we are introduced to Falcon played by Anthony Mackie. Slap my wrist, I nearly forgot to mention the awesome that is Samuel L Jackson’s Fury, I love that guy.

Here it is for your enjoyment (I’ve also included the first official film poster further down):

Captain America: Winter Soldier is released in UK cinemas on the 26th of March 2014. 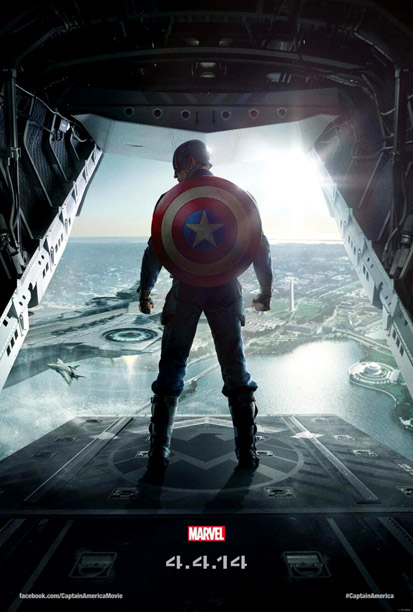 Editor and occasional writer for Geek Pride! I prefer Star Trek over Star Wars, collect comics and wish I could be a superhero one day. I tabletop RPG as well as a little gaming, design the odd t-shirt now and again, update my Geek Parenting Tumblr and when I have cash to spend (which is rare) I scour the internet for Wonder Woman collectables. Also Doctor Who and Firefly rock!!
You might also like
black widowbreakingCaptain America: The Winter Soldier