Who needs SDCC when you have Manchester Comic Con, UK!

I’ll be heading down, with my camera, to take some pictures on Saturday… If you havent got your tickets already then why the frick not, it’s going to be awesome!

Below is the press release and what you can expect from the show!

The North West’s festival of pop culture is back on 21 July, with Manchester Central once again playing host to the MCM Expo Manchester Comic Con! 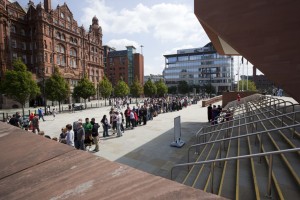 Bringing all the magic of London’s famous MCM Expo to Manchester, the show will feature special guests from the worlds of TV, anime and sport; top games publishers; art and costume competitions and the awesome artists of our Comic Village …not to mention a host of retailers selling everything from sweets to sci-fi collectables.

Here’s a taste of what’ll be happening:

And last but not least, KIDS GO FREE! To make MCM Expo Manchester Comic Con an even better day out for the whole family, we’re offering free entry for children aged 10 and under if accompanied by a full paying adult, up to a maximum of two children per paying adult.

You can find more about the show at www.manchestermcmexpo.com; on Twitter at www.twitter.com/mcmexpo and on Facebook at www.facebook.com/mcmexpo

From N.Ireland but now living in Manchester, England; Matt is the founder and CEO of Geek Pride. Interests: Photography, Music, Art, poetry, Military History, Model making and painting and of course gaming (table top and computer)
You might also like
Comic ConManchesterManchester Central