previous
War comes to Armageddon for Games Workshop - Necromunda next?
random
next
Dust and Decay - Chapter 9 - By Sean P. Wallace

Okay, if you were with me last month (and chances are, you weren’t), you know I was disappointed with the box on a whole. This month, the theme is “Team-Up”, which sounds like it has potential. Can Nerd Block bounce back after the blunder? Let’s find out.

The first franchise this month is the Power Rangers.

This is a water bottle with straw, exclusive to Nerd Block, from the original series. Admittedly, it’s a cool bottle (although I would have preferred the Black or Blue Rangers since they are not only better, but the actors who played them are better as well. Jason David Frank is a tool), but it’s not the most practical for the simple fact that I drink a lot of water on a daily basis, and this thing is 8 ounces at best. My regular bottle is four times that size, and I go through four or more of them per day. Now, I could say my daughter could use it, but even at 8, it doesn’t hold enough fluid for her. I’ll keep it because it looks cool, but I may not get much use out of it.

The second item, also from the original Power Rangers, is a set of coasters. 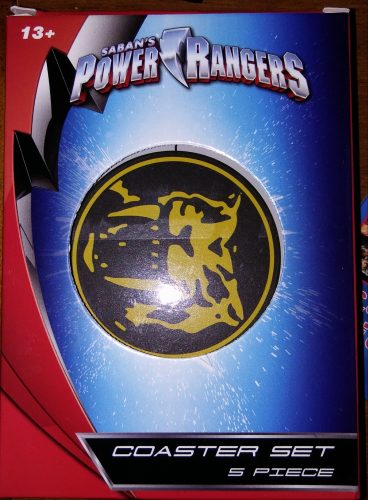 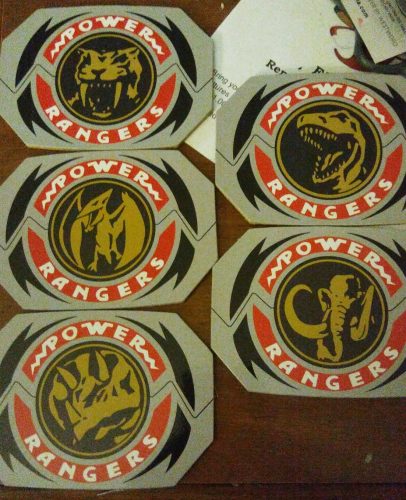 The coasters are made to look like the Morphers for the original five. Not bad, and definitely practical, but if you remember the box that was themed after Rogue One just a couple months ago, this is the second set of coasters I’ve gotten in a very short period. I really don’t need anymore coasters at this point, and it just feels lazy sending out two sets in so many months.

And hey, speaking of lazy, let’s look at this month’s t-shirt. 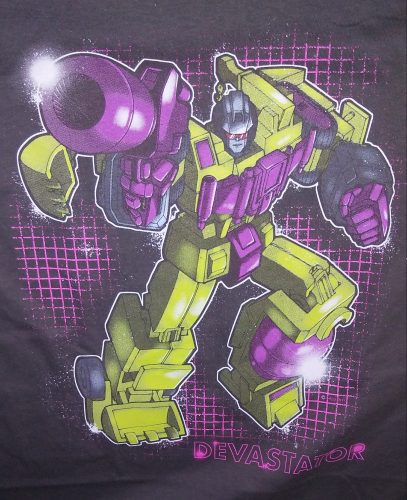 It’s Devastator from the original Transformers on a grey shirt. Admittedly, Devastator was always one of my favourites, but this design is so uninspired, not to mention this is the THIRD Transformers shirt I’ve gotten in so many months. I get these boxes for variety, and lately, it just hasn’t been there. This is more proof of that.

Alright, moving along, we go to Harry Potter, which we’re also getting two items from this month. Up first is a key fob. 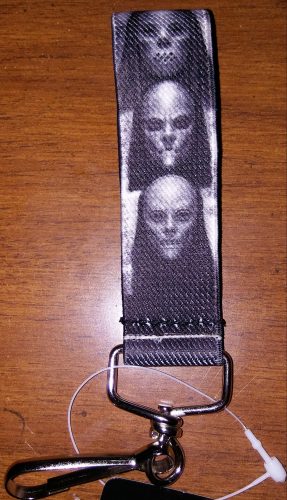 Apparently, these are the Dementors. I say “apparently”, because I’ve never read any of the books or seen any of the movies, nor do I plan to. I have very few keys, and already have a similar-style fob on my keychain, so I really have no use for this. I gave it to my wife, but even with her being a fan, I don’t think she’s too interested.

The second item from the franchise is a book. A cookbook, to be exact. 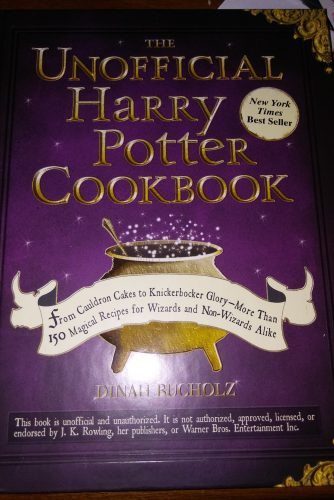 Again, I have no interest in Harry Potter, but I might actually get some use out of this. I love to cook, and am actually pretty damn good at it, if I do say so myself (ask me to make you eggs in a basket, almond-fried chicken or yakisoba dogs sometime, to name a few). As long as the recipes are good, I don’t care what franchise the food is based on. If I can/want to eat it, we’re good.

Finally, we have a Marvel blind-bag lapel pin, with several possible options. Who did I get? 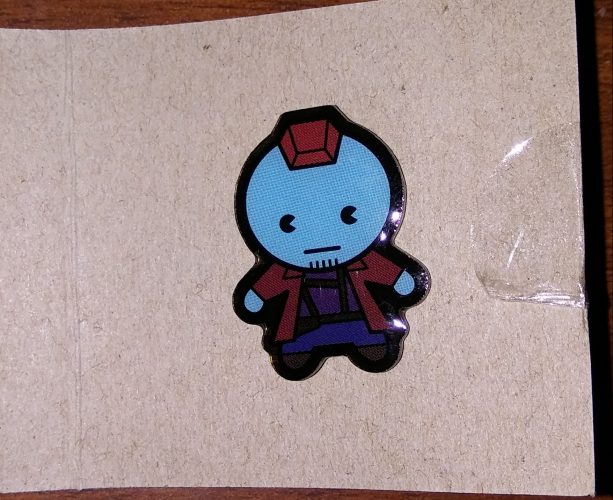 It’s Yondu, from Guardians of the Galaxy. You know, I regret not meeting Michael Rooker when I had the chance a couple years back, before GOTG was released. Just one of those things that we missed out on due to money and time. Oh, well. Anyway, It’s kind of a cute pin, but very small. The bag it came in made it seem like it would be bigger, but it’s literally about the size of my thumbnail. Not sure who the company was going for when they made it so small.

Well, that’s all for this month, and I am once again pretty disappointed. That’s two months in a row, which is not like Nerd Block in my experience. I also didn’t get a coupon this month for the website, which is a bummer, because I almost always use those. As for what is here, the shirt and the cookbook are the best items, but I’m not even crazy about those. Honestly, this box may be my last review for them.

That’s it for this month. Next month, the theme is “Dressed to Kill”. I don’t know if I’ll be reviewing it, though. We shall see.

I am straight edge and a freelance writer currently working for several sites. I also do personal training. Currently, you can see my weekly WWE Smackdown recaps on CamelClutchBlog.com, video game reviews on BurningAngel.com (warning: although I only write game reviews there, it is an adult entertainment site) and mostly wrestling-related stuff on Man Cave Daily (mancave.cbslocal.com).
You might also like
Box Subscriptionsguardians of the galaxyHarry Potter