With awards season just around the corner, the Academy of Motion Pictures Arts & Sciences (the people who give out the Oscars), announced their short list of 10 potential nominees for the Best Visual Effects category. As you will no doubt see, there is certainly a geeky trend running throughout the list: 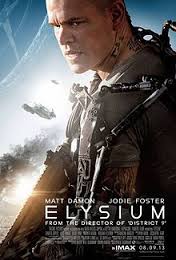 1. Elysium: Set in the year 2154, the population is divided in two social classes: the wealthy people live on Elysium, a space station with all the resources; the poor live in the exhausted Earth. Matt Damon plays reformed car thief Max da Costa living in Los Angeles. Da Costa, who is backed into a corner when exposed to a lethal amount of radiation at his job, has only a few days to live and seeks to travel to Elysium, where a medical chamber is capable of saving his life. 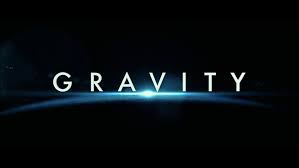 2. Gravity: Sandra Bullock plays Dr. Ryan Stone as a bio-medical engineer on her first space shuttle mission, accompanied by veteran astronaut Matt Kowalski (George Clooney). During their final spacewalk to service the Hubble Space Telescope, the team is hit by debris from a Russian missile strike on a defunct satellite. All communication with Mission Control is lost, though Stone and Kowalski continue to transmit in hopes ground control can hear them. 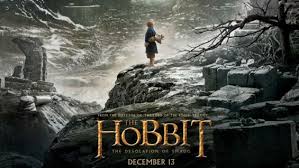 3. The Hobbit: The Desolation of Smaug: After successfully crossing over the Misty Mountains, Thorin (Richard Armitage) and company must seek aid from a powerful stranger before taking on the dangers of Mirkwood Forest. If they reach the human settlement of Lake-town it will be time for the hobbit Bilbo Baggins (Martin Freeman) to fulfill his contract with the dwarves and seek out the Secret Door that will give them access to the hoard of the dragon Smaug. 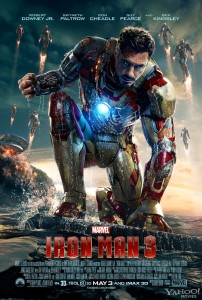 4. Iron Man 3: Robert Downey Jr. returns as Tony Stark whose personal world is being destroyed by an enemy whose reach knows no bounds. With his back against the wall, Stark is left to survive by his own devices, relying on his ingenuity and instincts to protect those closest to him. 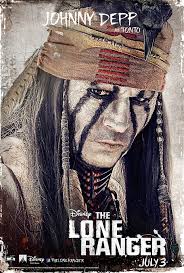 5. The Lone Ranger: In the 1930s, an elderly Tonto tells a young boy the tale of John Reid, the Lone Ranger (Arnie Hammer). An idealistic lawyer, he rides with his brother and fellow Texas Rangers in pursuit of the notorious Butch Cavendish. 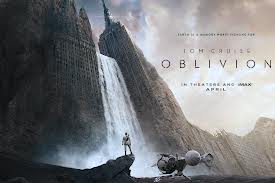 6. Oblivion: Jack Harper (Tom Cruise) is one of the few remaining drone repairmen assigned to Earth, its surface devastated after decades of war with the alien Scavs, discovers a crashed spacecraft with contents that bring into question everything he believed about the war. 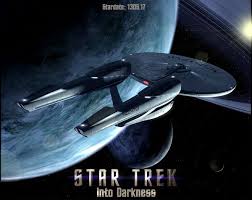 7. Star Trek Into Darkness: When the crew of the Enterprise is called back home, they find an unstoppable force of terror from within their own organization has detonated the fleet and everything it stands for, leaving our world in a state of crisis. With a personal score to settle, Captain Kirk (Chris Pine) leads a manhunt to a war-zone world to capture a one man weapon of mass destruction. 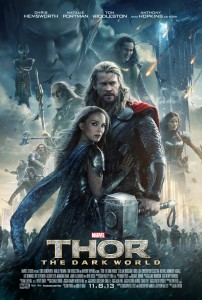 8. Thor: The Dark World: Once every 5,000 years the nine realms of Asgard align. Earth happens to be one of these realms. These realms create portals between the worlds during the alignment which is called ‘Convergence’. On Earth, in London, Jane Foster (Natalie Portman) believes she and her crew have discovered one such portal. Whilst investigating the phenomenon, she comes into contact with a substance called Aether. Upon coming into contact with the substance, it draws Thor (Chris Hemsworth) from Asgard back to Earth. He takes Jane to Asgard to be cured from the Aether. Unfortunately a Dark Elf called Malekith (Christopher Eccleston) wants to use the Aether to destroy Asgard. 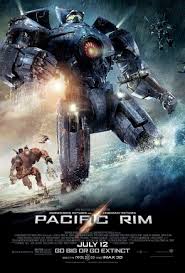 9. Warner Bros. Pictures and Legendary Pictures Pacific Rim: Directed by Guillermo del Toro, a war wages on between humankind and monstrous sea creatures. A former pilot and a trainee are paired up to drive a seemingly obsolete special weapon in a desperate effort to save the world from apocalypse. 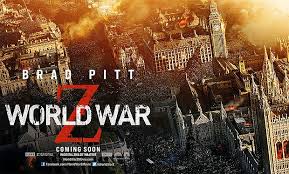 10. World War Z: United Nations employee Gerry Lane (Brad Pitt) traverses the world in a race against time to stop the zombie pandemic that is toppling armies and governments, and threatening to destroy humanity itself.

The only question left to ask is which five movies will make it to the next round as official Oscar nominees? Will it be the new Hobbit film? Or the breathtaking visuals of Gravity?

Who would you vote for to make it through to the next round?

Votes for the final five have to be cast before Thursday, January 9th 2014 and the Visual Effects nominees, along with all the other Oscar nominations will be announced on Thursday 16th 2014

As an aspiring journalist I have found a home here at geek-pride, where I can write upon many subjects. If anybody has something they believe should be reviewed or newsworthy then feel free to send me a message, I always enjoy talking to people.
You might also like
Academy of Motion Pictures Arts & SciencesBrad PittChris Hemsworth