previous
Explore Ipswich Zelda style!
random
next
How To Raise a Geek - A Mother's Story

Panic Over! Robert Downey, Junior will return as Iron Man 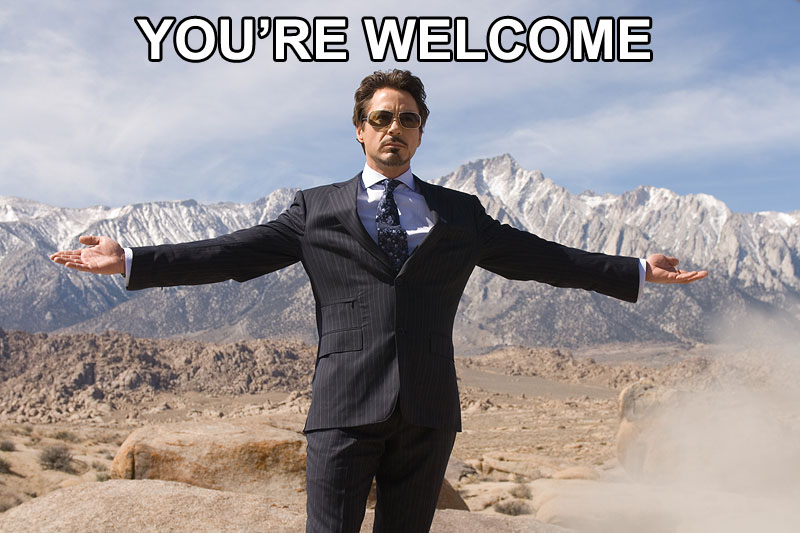 Phew! Everyone can breath a sigh of relief and cancel those counselling sessions. Robert Downey Jnr has signed on the dotted line to reprise his Tony Stark/Iron Man in a two picture deal. Marvel have confirmed that these will be Marvel’s The Avengers 2 and Marvel’s The Avengers 3. There is no word yet on whether there will be more Iron Man films, but I have a niggling feeling that if this hasn’t been agreed at this point, then there probably won’t be anymore. A little sad, but I’m okay for them to leave Iron Man as a trilogy.

When the stories started circulating that RDJ hadn’t signed anymore contracts after Iron Man 3, I did panic a little.  I’m pretty certain there is no geek out there who can say another actor could portray Tony Stark better, he is Tony Stark. I certainly couldn’t imagine another Avengers movie without Iron Man being a part of it, but for the next few years at least, I don’t have to. After that? Well I may need a therapist.

Editor and occasional writer for Geek Pride! I prefer Star Trek over Star Wars, collect comics and wish I could be a superhero one day. I tabletop RPG as well as a little gaming, design the odd t-shirt now and again, update my Geek Parenting Tumblr and when I have cash to spend (which is rare) I scour the internet for Wonder Woman collectables. Also Doctor Who and Firefly rock!!
You might also like
AvengersAvengers Assemblebreaking