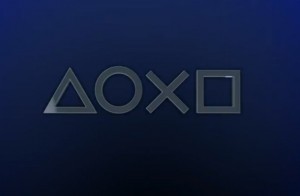 PlayStation fans celebrate! We currently have just over a week left until the much anticipated PlayStation meeting in New York and the internet rumor mill is running high with talk of a potential new console launch before the end of this year in Japan, with Europe to follow early next year. 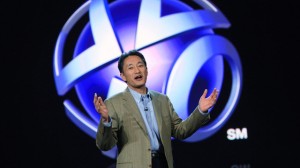 The current financial climate isn’t all that great for anyone at the moment and the days of many gamers being able to go out and spend the largest part of £500 on a new console are sadly at an end. Since the launch of the PS2 in 2000, Sony have been at the forefront of pushing new forms of higher quality video entertainment into homes. It’s a commonly known fact that the top-selling disc sold with PS2’s in Japan at launch was The Matrix on DVD and Bluray would likely have been nowhere near as popular as it has become if Sony hadn’t forced it upon every PS3 owner. However times have changed now, streaming media is king and Sony don’t have any new and expensive types of shiny disc on the horizon on which we will want to buy Blade Runner and Star Wars all over again so whilst a standard hard drive size of 500GB or more would be nice so would a price point which doesn’t necessitate getting a 2nd part-time job to justify a launch purchase. 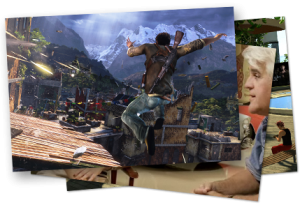 The PS3 has given us some of the most innovative and original games of this generation and many PlayStation exclusives in recent years have been nothing short of brilliant. Sony have embraced and supported innovative developers such as ThatGameCompany in ways that should make Microsoft feel positively ashamed. When it comes to the current big three console brands, PlayStation stands out as the one which dares to be different however, sadly, the likes of Journey and The Unfinished Swan don’t sell consoles to the masses and in order for third party developers to really support the machine, PS4 will need a notable Gears of War or Halo equivalent capable of appealing to today’s frat-boy mentality.

This console generation may also be remembered for being the first where almost every major IP was multi-platform, and whilst the Xbox exclusives for 2013 don’t look like anything too special up to now, Microsoft will already have the added advantage of a much larger user-base when the next generation starts, which actually leads me on to my next point….

For whatever reason, Sony decided to completely balls up the PlayStation Store after last E3 and seemingly haven’t been in any rush to respond to user-feedback and fix it.

Likewise PlayStation Plus is an incredible service which offers great value for money and easily trumps anything that Xbox Live Gold has to offer any more in my opinion but it’s let down by the frequent (and often unscheduled) downtime for maintenance  and download speed problems. The Xbox brand got a head start when it came to online gaming but there really is no excuse for Sony’s online problems to carry onto the next generation.

The Vita has the potential to be a great handheld system but is being held back by Sony’s lack of support. In many ways the Vita and PS3 are capable of replicating the mobile gaming experience seen on the Wii U but it’s just being massively underused and there aren’t really many Vita exclusives on the horizon at all this year. It would be nice if Sony could help to reassure Vita owners that they have wasted their money by including some great integration features on their next machine. 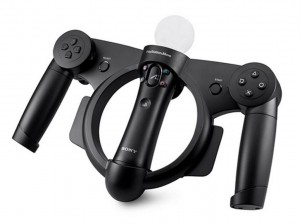 In 2006 Nintendo released the Wii and we all got a bit tipsy and nearly injured ourselves taking a whack at a virtual tennis ball. Sony then included Six-Axis with the PS3 controller at launch before announcing Move a couple of years later and then finally there was Xbox Kinect, and that’s kind of where it all stopped being fun. We’ve done motion controls and we’re over them now. Fighting demons by rapidly shaking a controller and waving my arms around in front of a camera like a twat is something I’m quite happy to leave in the past.

Sony have not included region locking on any of their consoles since the PSP. Let’s keep it that way.

There are other points that we could go into here such as fair pricing for full retail titles on the PlayStation Store, backwards compatibility and single user activation codes for retail games (which is something that I will write about separately if it does turn out to be a thing) but I think the general idea of this would be that if Sony want to win the next console war and become the market leader again then a few strategic changes will be in order.

Sony have made some pretty massive mistakes in this generation but being the first manufacturer to launch a truly next generation machine and making a few usability and brand changes could just be enough to turn their fortunes around.

Come back to Geek Pride on 21st February after the PlayStation Meeting for our views on what happened. After all, it may not be the PS4 and could just be the next chapter in the Wonderbook saga or a new Fisher-Price partnered plastic mobility scooter addon for the Move controller.

A proud member of the Geek Pride video games editing team, Sai can currently be found trying to get through his Christmas games backlog (and failing miserably at it).
You might also like
breakingPLAYSTATIONPS3