Most football games are relegated(see what I did there?) to either management titles on the PC, or Fifa games on consoles… however developer OnNet are looking to fill the void left by the end of the football season, by opening up the beta test of Real Soccer to EU players.

“Timing for Real Soccer Open Beta is perfect for curing the post-season blues”, said Kyeong Youn, Production Director from OnNet Europe. “We encourage players to use this time to build their players, hone their skills and execute the strategies that their favorite coaches should employ during the regular season”.

The open beta also comes with a few incentives – you can win Amazon vouchers as well as in-game currency when you play for a certain length of time… not to mention players that participated in the beta and return in the first week of the open beta will be rewarded by OnNet Europe with special in-game items. 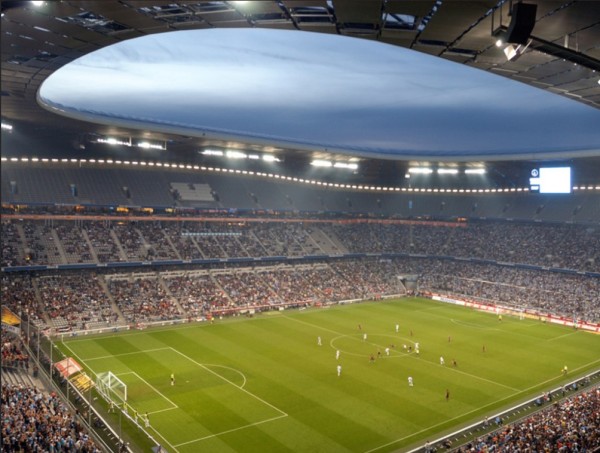 If you’re a footy fan but haven’t heard of Real Soccer before, then here’s a quick blurb on the title:

Real Soccer will exercise your football strategy and execution skills through dedicated practice and friendly competition to keep the season going! Providing a realistic football experience online, in Real Soccer you can defeat sophisticated AI or play against other players from all over Europe to reign supreme. Featuring full customization options, you must first create a unique look for your character and then choose from any position, (including goalie), to steadily improve your character’s skills and earn new customizations through diligent practice. Once you have built the perfect player, you can challenge Real Soccer’s strong AI opponents, or join online leagues to compete and interact with other players throughout Europe. You can also create clubs of your own to battle it out against friends and other players in front of a vocal, energetic stadium crowd.

Movie and videogame geek, basketball player, guitarist, waffle connoisseur & expert in being a slacking bastard. You'll find me gaming on PS4 as "SpasmicPuppy" most of the time... I'm addicted to Destiny.
You might also like
BetaFootballFree