previous
LSCC 2015: The Good, the Mad, the Pretty
random
next
Birmingham MCM

The world of wrestling is mourning another legend this weekend: Perro Aguayo Jr (El Hijo del Perro Aguayo) passed away in hospital after suffering fatal injuries at a show in Tijuana on Saturday. He was fighting in a tag team match with Manik against Rey Mysterio Jr and Xtreme Tiger (Tiger Uno). The cause of death has been officially declared as a cardiac arrest, but likely following a broken neck. The entire harrowing incident was televised and recorded, leading to some shocking and disappointing internet commentary, and often little sign of the respect due to the man. 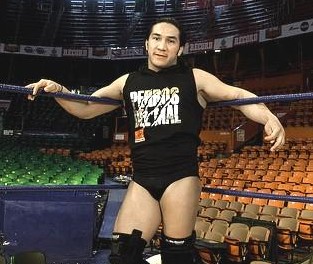 Aguayo was in his prime, at 35 years old and a real big player. His father is the legendary luchadore Perro Aguayo, who really was about as big as you can be in Mexican wrestling, and his family is full of wrestlers. He was raised in the industry and many of the most famous names in lucha were his friends and family. Some of the reports of his death have tried to compare the significance of this accident to other wrestlers who have died in-ring or at their prime, such as Misawa, Oro and Owen Hart. Suffice to say he wasn’t ‘a’ big name, he was ‘the’ big name.

He was the lynchpin of AAA’s product and most of what they did was planned around him. He had a perfect 13-0 Luchas de Apuestas record and had held many titles at different companies, including the WWE Tag Team titles. He was the premier rudo and head of the most popular rudo stable, Perros Del Mal, in CMLL until 2008, returning to wrestling in 2010 with great fanfare to work for AAA.

Perros Del Mal are not some flash in the pan gimmick, they have grown beyond the bounds of a single wrestling company and have had over 40 members. He created and headed this group which have helped to define modern lucha. Just last week he headlined the 19th Rey de Reyes, AAA’s main show of the year. He was a talented and skilled wrestler and had charisma in spades, one of the many Mexican wrestlers who could easily have won over an international audience.

For the first time I can remember both companies (CMLL and AAA) have put their massive differences aside to pay respects to Aguayo and issue statements in response to this shocking tragedy, along with many other promotions and wrestlers.

CRASH Lucha Libre, the independent promotion running the show have come under fire for their reaction to the accident, and there are now rumours that investigations may even be leading to manslaughter charges.

Professional wrestling is rarely free from politics and scandal but this is a time when the focus should be on those involved in the terrible incident and the friends and family of Perro Aguayo Jr. He was a young man who had overcome some hefty obstacles to get to where he was, and was an absolute professional with a glittering 20 year career behind him. We’ll never know how good it could have got for him, but without a doubt his passing will leave a deep scar on the world of wrestling and it’s many fans, and most of all for all those who knew and loved him. RIP El Hijo de Perro Aguayo, taken far too soon. 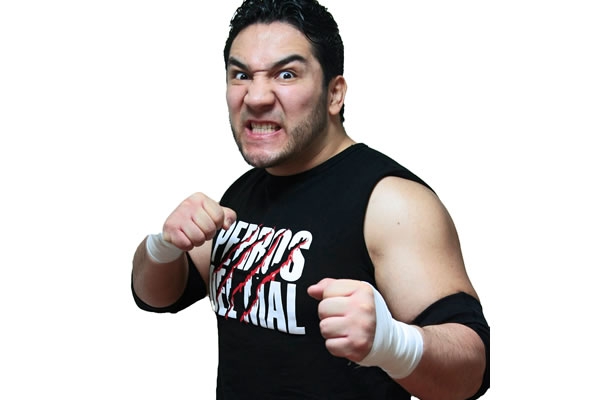 I'm Mel, currently living in Sheffield, but originally from the other side of the Pennines. I'm a lifelong gamer, RPing from a worryingly early age, and basically raised as a geek - I don't think I ever had another option! Any spare money I have gets spent on comics, photo gear or lucha masks, and any spare time I have, when not gaming with friends, is wasted on Sims, Minecraft and trashy movies.
You might also like
AAAPro Wrestlingwrestling