Rumpus “Choose your own misadventure” & the Era of Live Gaming 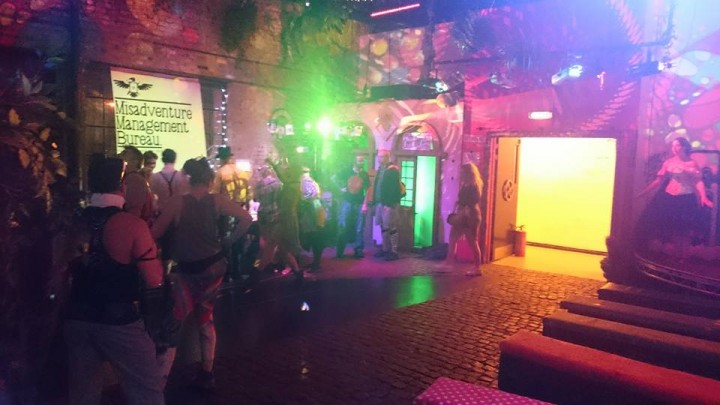 The crowd begins to arrive

Allow me to set the scene. It’s Friday night. I thought I was in London, but instead, I found myself surrounded by Unicorns, Unicorn Hunters, Sky Pirates, Luchadors and so many other vibrant characters. There are duels with swords within the royal court. There is a rebellion among the Panda community. I played cards against Death and secured a piece of a doomsday weapon for the Pandas. I crossed blades with the Royal weaponmaster. I was judged clean by the Cult of Health & Safety. I had my fate foretold by the Confectionomancer and I danced with the Sultan and his court. 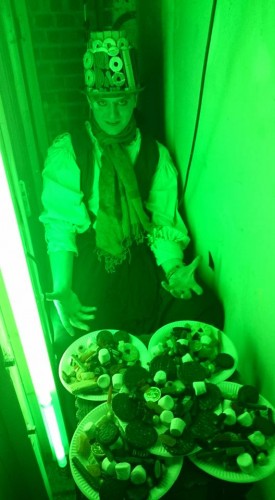 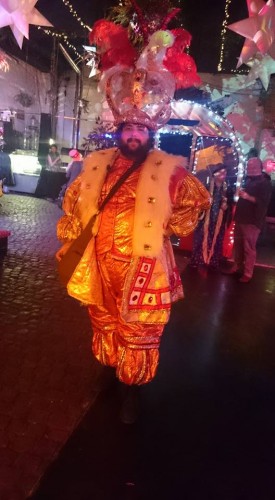 All hail the Sultan!

Before I go further, let me preface this by saying that I do not enjoy nightclubs. Let me also say that I am no stranger to Live Gaming experiences, being a LARPer.

Rumpus host regular events in London and work alongside a variety of artists and creative faculties to make wild and innovative party experiences, but this was a little bit different.

As a part of the London Games Festival, Rumpus brought Sea Sylph Games on board to turn the night into a large Live Gaming experience, with puzzles and “quests” for the guests to take part in among the regular music acts, DJs and comedians.

Live Gaming has seen a rise in popularity over the past few years, with a variety of Escape the Room experiences and zombie survival or other such Live Horror events becoming more commonplace and, for the most part, I’m excited by this and I fully encourage organisations like Sea Sylph Games to continue bringing Live Gaming more into the public eye.

This being said, I haven’t experienced an event like this while being in a nightclub. I’m not sure what a Rumpus event is usually like, but if more clubs were like what I experienced that night, I would definitely consider myself more of a nightclub sort of person. Each room presented different opportunities for interaction with the wealth of notable characters, each with their own little stories and tasks for the guests. For example, the Sultan was giving out tickets for the very exclusive “Crap Comedy Club” (so named because it was held in a bathroom) but would only give myself and my partner-in-crime one ticket unless we sought out Death and passed on a message from him. Upon doing so, much like a video game, we seemed to open up an entire quest chain that took us a good portion of our evening to complete, finding different parts of a story and getting involved with other players, telling them where to go and what to do. By the time we completed this quest chain, made some new friends and started off the Panda revolution (you really had to be there), we had almost forgotten about getting the second ticket for the comedy show. 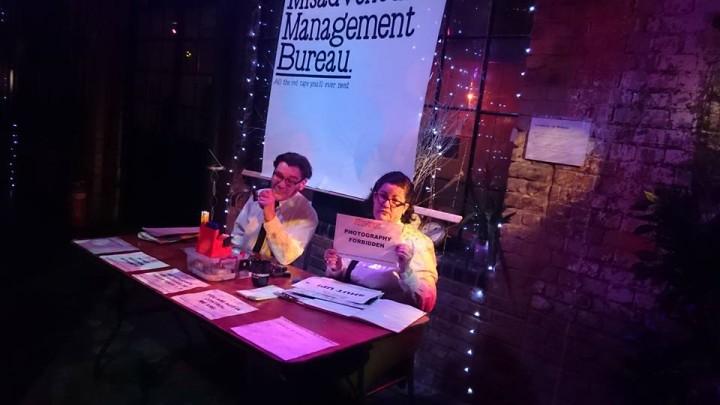 Overall, while I definitely had an enjoyable experience, I feel as though perhaps a nightclub setting might not be the best area for staging a Live Gaming experience. I definitely understand what Sea Sylph Games wanted to accomplish and have not by any stretch of the imagination been discouraged from future games like this, but I feel when the majority of your target audience are under the influence of alcohol and other, potentially questionable substances, the overall game does become more difficult to get involved with.

However, I fully endorse and encourage you all to seek out Live Gaming experiences like this near yourselves; I particularly hope that you can find yourself an event organised by Sea Sylph Games for the sheer level of enthusiasm and effort from the team put into their events to make them as enjoyable, thrilling and memorable as possible.

A special mention to Tell Tale Tusk. I encountered their music for this first time that night and they were incredible; each member of the band performing with so much energy and vibrancy, it was so easy to get lost in their act! 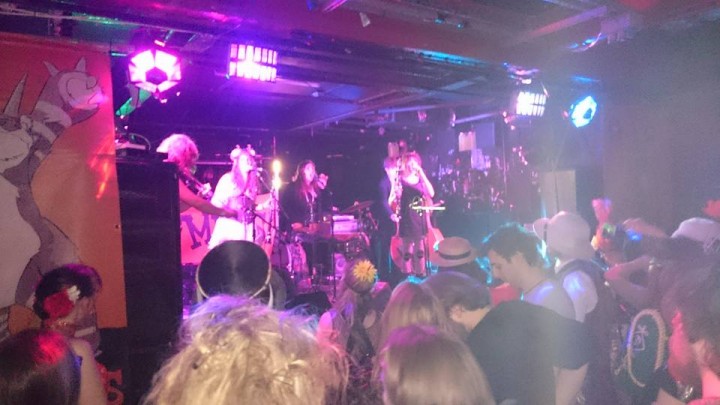 Craig has been raised on geekery from a young age when his Mum introduced him to Star Trek the Next Generation on TV as a kid. Since then, he has gained a wide love of all things "Geek", be it books/comics, cinema or gaming in all formats. He has a particular keen interest in all manner of RPG, be it on a tabletop or in a field larping.
You might also like
events