previous
The Genius of the Star Wars Prequels
random
next
Ghostel comes to Kickstarter! 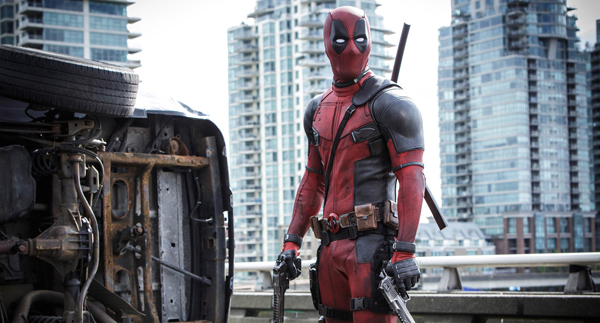 So you’ve probably seen somewhere that there’s a petition for the upcoming and rather eagerly awaited adult oriented Deadpool to have a kid friendly edit so young fans can watch it. A campaign that apparently now has an 8 year old poster boy.  The idea being that the character has young fans who will miss out on the upcoming film due to it being aimed at adults due to its brutal gory violence, profanity, nudity and being generally a bit vulgar.

Well here’s a newsflash which may come as a shock to some people in the back but just because a character happens to wear a costume and be in a comic, it doesn’t mean that said character’s target demographic is kids. I mean what with comics apparently being generally more accepted as a cultural artform rather than disposable entertainment for kids this should be pretty obvious, or is that whole cultural shift something I remember from a daydream I had one time?

There’s been a lot of films based on comics in recent years, superhero comics generally, the thing that pretty much all of them have in common is they’re aimed at a young audience. All of Marvel Studios films have all been rated 12 by the BBFC (which is kind of equivalent to the MPAA’s PG-13 ) which makes sense as they’re based on characters from comics that are traditionally associated with young readers and from a purely financial perspective it opens them up to a wider potential audience.

So when Fox says it’s actually making the long gestating film Deadpool, based on a character who is pretty notorious for vulgarity and brutal violence, fans were basically hoping they would actually do the character justice, rather than just do what tend to happen with films in general i.e. make some neutered version of the source material and alienate fans of said source material. Were they going to make Deadpool aiming for the mass appeal of The Avengers? Turns out the answer is a big fat no which is great, apart from if you happen to be an 8 year old boy, but hey life is cruel and harsh you’ll find that out when you get older.

The fact that Deadpool is both aimed at an older audience and has a massive marketing campaign is kind of a big deal, the only other comic based film aimed at an older audience in recent years was 2012’s Dredd . Dredd had nowhere near the budget of Deadpool, didn’t have the massive marketing campaign and didn’t feature a high profile lead either, which probably factor into why it was financial failure despite getting critical and fan acclaim. Deadpool could potentially lead to other adult oriented films based on comics if it’s a success. Let’s not forget that Marvel has already shown that it has characters aimed more at an adult audience via its critically acclaimed Netflix shows Dare Devil and Jessica Jones which are a stark contrast to the big screen antics of The Avengers.

Deadpool might not be everyone’s idea of a good time but at least Fox have had the balls to actually make a Deadpool film that’s actually fitting for the character, and rather ironically after several X-Men films they’ve actually seemingly got Colossus right too.

Despite its rapidly approaching release date Deadpool has yet to receive a rating from the BBFC whether this will be the more likely 15 or 18 remains to be seen.

Here’s the deal for anyone struggling with this, it’s one thing to have a more family friendly trailer for film that isn’t family friendly, in fact it’s kind of essential for marketing purposes, but it’s an entirely different deal to have a family friendly edit of a film that’s aimed at an older audience. Try applying that approach to other films aimed at an older audience like say Sin City or the above mentioned Dredd. Take out everything that makes them receive that higher rating from the BBFC or MPAA and then see what you have left, not much, and what you do have left doesn’t really resemble what it’s supposed to be anymore. Which is kind of a big deal too after all films are the result of a director, a writer (or writers) and a cast working to tell a story, so if you start cutting a film that story can become less narratively coherent, this has been seen with films in the past most notably with the recent Snowpiercer which was the subject of a messy squabble between a visionary director and a heavy handed studio executive that almost lead to the film not being released at all.

Anybody who’s actually seen what is referred to as the “Red Band trailer” for Deadpool will notice it features plenty of violence and some pretty vulgar humour too, because in order for a Deadpool film to actually be a Deadpool film it has to have those things. Take away the brutal violence, profanity, vulgar humour and nudity and you don’t have Deadpool anymore, you have this other thing that probably has a pretty short running time.

Will Deadpool be a smash hit or box office bomb, only time will tell but the result will definitely have an impact on possible future films either way.

Andy Haigh started writing to counteract the brain atrophying effects of Retail Hell, now it's an addiction. Andy is an unrepentant sequential art absorbist and comics are one of his passions. Other interests include Film, Music, Science Fiction and Horror novels and quality TV like Game of Thrones. He can talk about these at great length if only someone would listen. He lives a somewhat hermit like life in The Shire, spends too much time on social media and is still waiting to go on an adventure.
You might also like
20th Century FoxDeadpoolgp blog