Good news everyone! Ahem… sorry – my Hubert Farnsworth impression needs work. Anyway – this isn’t just good news, it’s awesome news: it looks like the all-time PC classic System Shock 2 is confirmed to be getting the re-release that fans have been clamoring for since current PCs had issues running it.

*UPDATE!* This news has now been confirmed, and System Shock 2 will be available on GOG.com & Steam for the bargain price of $10 from 6am EST/10am GMT on Valentine’s Day… An ideal gift for the geek that has everything (except this). 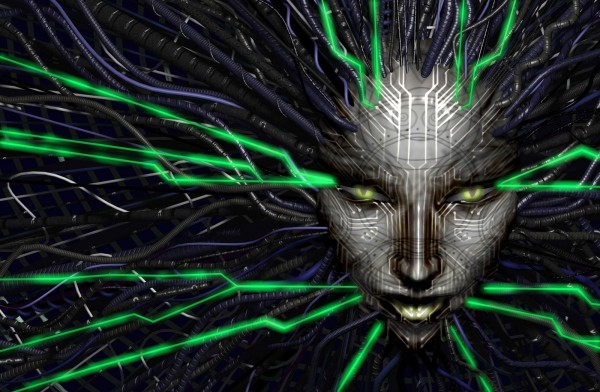 If you’re not familiar with System Shock 2 (shame on you if that’s the case… bad rubber piggy!), then here’s a brief rundown for you:

The sequel to 1994’s System Shock, SS2 was a First-Person Shooter/action/survival horror/RPG designed by Ken Levine, where you play a soldier stranded on a starship that’s been ravaged by a genetic infection, and your goal was to quash the infection and featured the infamous AI Shodan.

The game is very much like Deus Ex (which took inspiration from SS2) in that it’s a menagerie of gameplay types – it incorporated FPS elements with roleplaying and skill development like hacking, along with psionic abilities

1999’s cyberpunk cult classic was eventually followed by it’s spiritual successor Bioshock – this was due to the game not being allowed a true sequel as EA had the rights to the game, and just sat on their arse and did nothing with it – the psionic abilities from SS2 then evolved into the plasmids for the Bioshock series.

Flesh Eating Zipper report that now it looks like rather than resting on their laurels, EA have finally seen the error of their ways (or they’ve possibly just relented under the pressure of constant geek earbashing) and may be bringing the title up-to-date with a re-release, possibly onto Steam as well. There’s no confirmation whether it’ll receive the HD treatment though… but that would be amazing. Oooh an HD remake of both Shock games… *drools* What? I can dream can’t I?

I heartily recommend you pick up System Shock 2 – it’s one of those landmark titles that you MUST play, along with games like Deus Ex etc. If you don’t… then the bunny gets it. 😉

Movie and videogame geek, basketball player, guitarist, waffle connoisseur & expert in being a slacking bastard. You'll find me gaming on PS4 as "SpasmicPuppy" most of the time... I'm addicted to Destiny.
You might also like
bioshockbreakingEA