I’m a gamer first, always have been.  I play tabletop, roleplay, computer games, even Facebook games, I absolutely love gaming.  When I used to work for Games Workshop, I absolutely loved everyday, as I got to do the hobby I love as a job.  I originally started out with Epic, moved onto Warhammer fantasy and then into the other various games of old (E.g Necromunda, Gorkamorka, Blood Bowl, Battlefleet: Gothic etc).  Being a long standing Warhammer player has been a struggle, a long standing struggle, as the game hasn’t really had a revamp for such a long time.

As new army books have been released, this gave us a light, something to aim for, something we could herald as a possible 9th edition.  It wasn’t to be, as we received Age of Sigmar instead of the long awaited 9th Edition.  However that doesn’t mean its over, it just means a new start, a new system.  We can still play 8th edition, as everything still supports 8th and works for 8th, so what’s the issue?

Well for one guy, DeathHolyDeath (DHD throughout the rest of the article), it was a massive, immense issue.  Such an issue that he burnt $900+ (£580 to us British) worth of Warhammer Fantasy Battle miniatures in protest.  Now before you all go running off to YouTube to see this guys video, which I have happily placed here: Fool burning Miniatures, wait and hear me out.  Alternatively watch the video, whilst reading what I have and see if you agree with us, or him.  Please read through to the end for my own opinion of Age of Sigmar

DHD starts out by stating that he has a habit of overreacting quite poorly, and the video may offend sensitive people.  Here is where it loses me, like your typical armchair general he wants us to run off and join a “Social Justice Warrior” forum, and he’ll see us in hell.  Why would I join a Social Justice Warrior forum, to complain about someone who doesn’t appear to have a clue about the game that has just been released?  Then he states that the “Whiny British Fucks” (I cut out the majority of the immensely, offensive language that he called us British) couldn’t really run the business…yeah, Games Workshop.  He finishes off his first section of rants by declaring Age of Sigmar a terrible game, one he has obviously never played.  I am not estranged to people, especially in today’s modern world with social media where it is, shouting off without a clue.  It isn’t something that worries me, what worries me is the impact this guy could have.  Anyway, I digress, apparently “Age of Shitmar is a terrible game”.

DHD goes onto explain that the follow are serious bad points in his mind, he does go into detail, but rather than give you a transcript, I just cut it down to this handy, non-swearword induced list.

And his good points?

Yeah, this appears to be someone throwing his toys so far out of his pram, he needs a passport to retrieve them.  Throughout his opinion of the bad points of Age of Sigmar, he doesn’t quite get the reasoning as to why these changes were made.  He blindly, throughout his eight minute speech, gives his uninformed opinion of why he can validate his “Bad Points”.  The actual reason for the so called bad points, is something called “Forging the Narrative”, which to the majority of the Age of Sigmar hating Warhammer players, is not important in this day and age.  All the current rules make the game “Fun”, apparently.  However, I will conclude why at the end of my article. 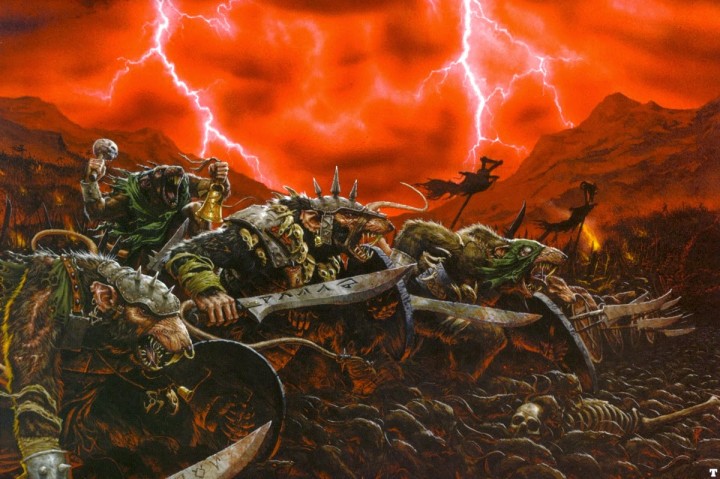 Overpowered and unbeatable is okay, apparently.

DHD goes into his final segment, which again is more bull, with more opinionated lack of actual understanding.  Again I have listed the reasons in a convenient list (again the removal of the foul language).

I was actually showering when I was listening to this, and nearly choked on water due to the amount of laughing I did.  Obviously DHD is a forum fed member of the wider gaming community, someone who really doesn’t get it.  The Intellectual Property thing made me giggle; who the fuck actually has ORIGINAL fantasy/science fiction based game any more that isn’t based of a pre-established IP?  How far into the closet are you?  What makes this worse is later, when he mentions the other games he plays; none of them are fully original IP.  Games Workshop doesn’t strangle shops, they strangle themselves.  They provide a product, the shops don’t have to take it.  I mean if anything DHD says is correct, its not like it matters, right?  I mean, who the fuck plays Games Workshop games any more?  He later states the company is becoming “Obsolete” and the company “Fucks their customers”. Ha!

Here is the final few points on his list before he goes and burns all his miniatures.

YES, you can still play 8th.  I mean, until Age of Sigmar was announced, was DHD not playing Fantasy?  He compares playing 8th edition to eating glass, yet, fuck me he has £580 of miniatures for his Warhammer Fantasy alone.  This tells me he was, indeed, playing 8th edition.  8th is a good system, good for those who enjoy a game like 8th edition.  DHD also points out he has been a dedicated Warmachine player for over a decade; NOW we get to the reason why he is kicking off at Games Workshop; he doesn’t like the company.  Finally he states that pictures speak louder than worlds, as language has a limited use.  It does for you DHD, but for most of us, we can explain ourselves in writing a whole lot better than you can it appears. 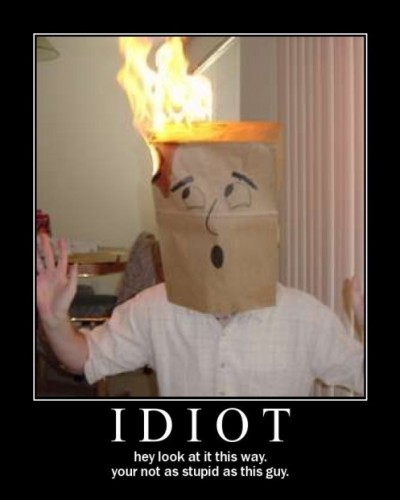 During the burning of the miniatures

Age of Sigmar is for a generation of gamer who wants to be immersed into the Fantasy genre, without playing a game where he gets tabled in a turn.  No one likes setting up a one or two thousand point army, to lose in the first two turns.  The reason why Age of Sigmar has been released is to stop the forum fucks who just download an army list, build it and table people.  That isn’t a game, there is no skill or fun for anyone in that.  I used to be that person, I used to play a list that could table an opponent within two turns.  OPPONENTS HAVE NO FUN!  DHD is just one of these guys who circulates around forums, copying and pasting army lists that win tournaments and table opponents “For the Lolz”.  Don’t play 8th edition, eat glass, you will not be missed. If anything you have been laughed at.

You could have sold your £580 worth of miniatures, put the money into something else, or worse case given them to a kid who couldn’t afford them.  You hit rock bottom.  The only message that was sent to Games Workshop wasn’t one that panicked them, it just proves that idiots, like yourself, still exist.  Age of Sigmar is about forging the narrative, that means speaking to your opponent, creating a story and enjoying the game.  It isn’t about how quickly you can make an army run.  Adding personality which is something DHD mentions, with characters, essentially equates to having a character that cannot be hit, nor killed by an enemy character.  Those things are not fun; you’ve just switched God Mode on using a tabletop game.  It’s shit, and THAT is why Age of Sigmar represents a new era of gaming. 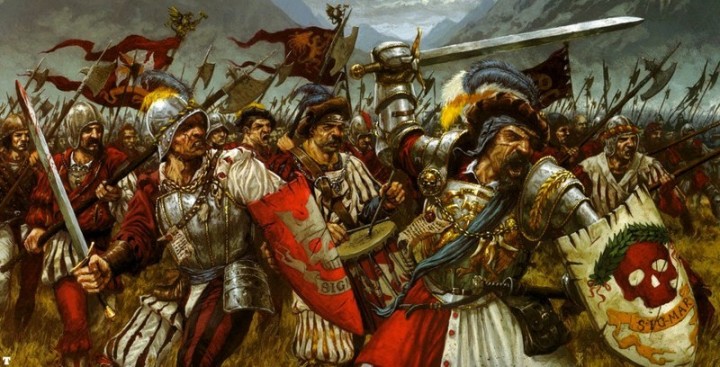 A new dawn of Sigmar

What adds insult to injury however is DHD’s continued rant & rampage about not supporting Games Workshop.  Right, go ahead and make the business most popular entry into gaming obsolete.  Remove the most successful wargaming company from the high street, yeah the Indy shops will pick up the gamers, but for how long?  The reason behind Game Workshops success has nothing to do with screwing over the community; its a fucking business.  They follow trends, they entice the people into the shop, and excellent assistants get you playing the game.

The only reason DHD knows about Warmachine, and I would put money on this, is because he got into wargaming through Games Workshop.  Slag them off all you want, the company is the largest percentage of entry into the wargaming hobby for wargamers worldwide.  No other company can do that, afford to do it, or they are not willing to do it.  Games Workshop brings this hobby into peoples lives, otherwise they would all sit at home on computer games.  I just find the entirety of what DHD did & said offensive, slimey, a low blow in terms of getting a message out there.  You essentially just tried to win over a wider community by riding your high horse into everyone else, shouting, forcing them to listen.

Let me tell you, Age of Sigmar is a great system.  It’s fun, its easy to pick up, and its entry now is cheaper; hell you need a handful of miniatures to play.  Free rules set on the website and free Warscroll compendiums on the website here: Age of Sigmar.  Shit, don’t want to play it, don’t worry; you can still play 8th edition.  I think the point of this article is to tell you this; Don’t listen to someone who has no fucking idea what the hell they are saying.  Yeah, he didn’t get 9th edition; yeah he can’t table people any more.  He could have continued tabling people at 8th edition, but he has no miniatures any more.  He hasn’t given the game a chance, all this was assumed by a pre-release understanding of the rules over a week ago.  So why would you listen to anyone who does that?  Please don’t. 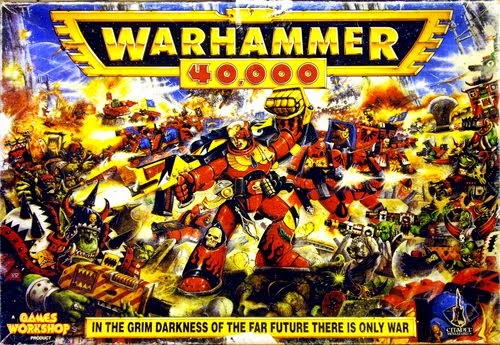 “So why listen to you Len?” I hear the cries already, I can see the criticisms in my own writing as I type it down.  Why listen to me?  I haven’t burnt my Fantasy, I enjoy 8th and I can use them in Age of Sigmar.  I used to work for the company; biased?  A little, but I also play X-Wing, Flames of War and other tabletop games, from other companies.  I didn’t cry when their systems changed, or forced me to buy new stuff, or even change how I play; I embraced the challenge.  I got into the game fresh, happy that it wasn’t the same stagnant game that I had been playing for years.  The exact same thing happened when the Warhammer 40,000 changed from 2nd edition to 3rd edition.  People raged, the game changed.  Do you hear them now?  No, and the reason why is because the change was for the better.  Embrace the change, enjoy the new system and please try Age of Sigmar before setting fire to any miniature.  Thanks for reading and let me know what you think.

Been a gamer since my Dad and I built our first PC back in the mid-nineties, still a dedicated PC gamer. However in the early noughties I got into Wargaming and, again, never looked back. I keep my hand in both PC gaming and table-top gaming as much as I can.
More Goodness
Age of SigmarblogBlood Bowl