previous
Bloodborne to get a card game designed by Eric Lang
random
next
The Kickstarter Gamble - A Closer Look at Dragon Punch!
Tabletop
0 likes

B•Sieged: Sons of the Abyss Review

In the four short years since they decided to get into the cut-and-thrust world of board-game publishing, Cool Mini Or Not have cemented a reputation for fantastic games with exceptionally sculpted miniatures, as seen in the ubiquitous Zombicide franchise, the arcade-inspired Super Dungeon Explore series and, more recently, the gory Viking-em-up, Blood Rage. Now, in their latest venture, CMON have teamed up with Second Gate Games to bring us a new entry in the fantasy-themed tower-defence bracket, B•Sieged. 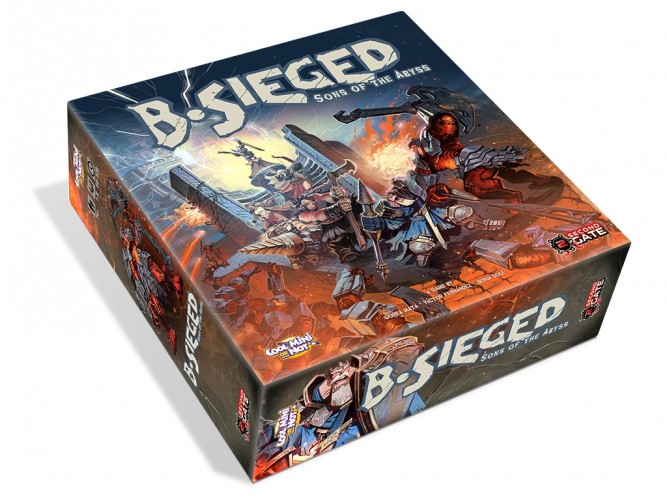 In B•Sieged, the Council has tasked the Messenger with escaping the besieged Citadel of Modhelm to retrieve an ancient magic artifact that will break the enemy forces and it’s the Heroes’ task to keep the Messenger safe and defend the city. But these are no ordinary enemies you face; the Abyssal Hordes are powerful creatures from the hellish realm of Kor’aggam who, if not stopped, will drown the entire realm in flames.

WHAT’S IN THE BOX?

As to be expected from CMON, the seventy highly detailed pre-assembled miniatures that come with the base set are phenomenal. The six hero miniatures are particularly good, so be sure to factor in a good half hour before you start playing to just sit and admire them. 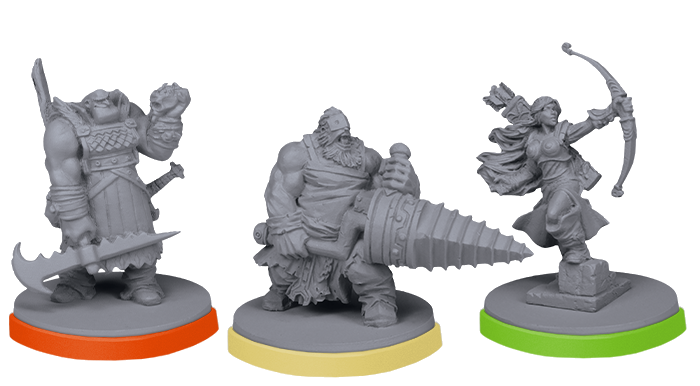 The Heroes come in the usual Soldier, Archeress and Sorcerer flavours, but also in some nice new varieties such as Lugh, The Blacksmith with his awesome square drill, and The Princess, Astrid, an absolute badass in full plate. Each model comes with a full-colour dashboard and a coloured base to better identify your characters during play and prevent embarrassing mix-ups.

The monsters are equally gorgeous, in a hideous, keep-you-awake-at-night kind of way. Beings of stone and lava, the titular Sons of the Abyss come in three types, the relentless rank-and-file Krohns, the overwhelming Gargoh and the gigantic Mölen, each with their own info cards letting you know just how badly they are going to smash your face in. 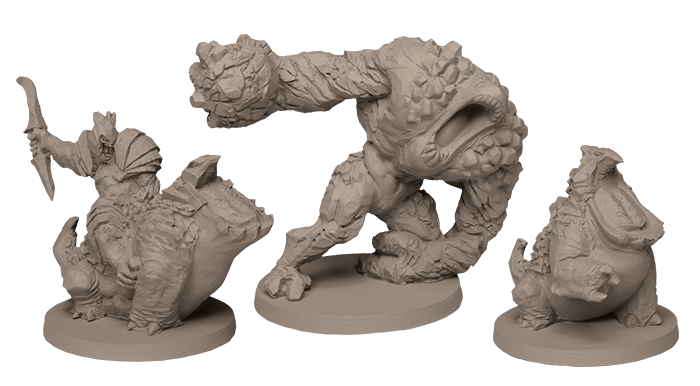 The component and artwork quality is extremely high throughout and presented in a cartoony, comic-book style that manages to be clear, dynamic and very, very pretty.

The basic gameplay of B•Sieged will be familiar to anyone who has spent any time playing tower-defence games, either in other board-based affairs like Castle Panic or one of the many mobile games such as the inexplicably popular Plants vs Zombies. Waves or enemies attack your immobile position and your job is to utilise various defences to keep them at bay. In this case your defences include your Hero’s skills and attacks, and the Citadel’s powerful catapult.

B•Sieged sweetens the pot with a resource management system, providing various locations within the Citadel players can visit to obtain gubbinz such as the Armoury, the Market, the Tavern and the Sorcery Tower. Each will provide much-needed power boosts, special attacks, and precious, precious food.

A game of B•Sieged is made up of four Seasons, and each Season comprises three rounds, which in turn consist of three phases: Setup, Heroes and Enemies.

The Setup Phase involves resolving Events that can change the field of battle and require the players to consider new tactics, moving the vulnerable Messenger across the killing fields, and spawning the monsters you’ll be Helms-Deeping that turn.

In the Heroes Phase we get to test our weapons on the bad guys, repair damaged parts of the Citadel, and have a shufty around for some resources to keep us going for a few more turns. 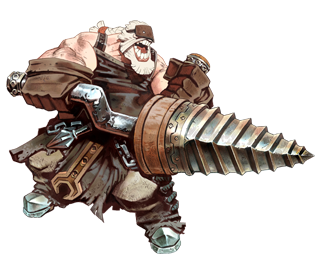 Finally, in the Enemy Phase we get ground into a fine red paste by rock monsters,

There are a few interesting mechanics involved in this game. First of all, like for all good comic characters, death is only a temporary setback. Heroes’ health is measured in Morale which, when reduced to zero, removes the character from the board until they are resurrected in the Sanctuary, a risky proposition that can result in summoning more ne’er-do-wells. Also, players are required to feed their Heroes during the End of Season Phase or they straight up die of starvation. So, you know, get scrounging those resources, son.

Finally, we have the Big Bad. At any point in the game, if a certain set of requirements are fulfilled, the Abyss will spit up its Avatar, Disruption. A living embodiment of chaos and destruction, Disruption will mess you up, destroying everything in its wake and turning the once-shining Citadel into its own personal litter tray. Do not wake this guy up. 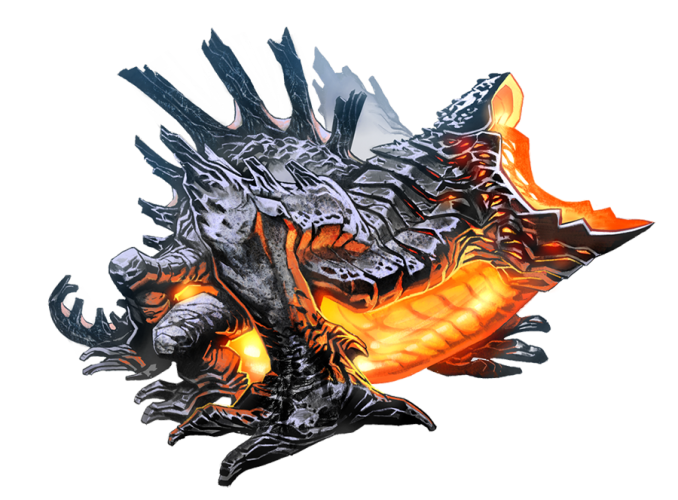 B•Sieged is a very pretty, extremely fun game that has seen a fair amount of time on my gaming table since I laid my grubby mitts on it. But. But, but, but. This is not a game for those looking for an easy victory while necking Cheet-Os and Zima. The Abyssal Hordes will DESTROY you.The developers reckon the game has around a 50% win rate, but either we’re just terrible or those guys are awesome ‘cos we’re sitting bloody and bruised at the bottom of that bell curve. Also, almost every action requires a dice roll so there aren’t many tactical opportunities that aren’t completely in the lap of the dice gods. Which can be frustrating when you summon the Avatar of the Abyss in the first turn, three games in a row,..

My only other gripe is the lack of a miniature for the Avatar in the base set. Yeah, we still get a cardboard stand-up. Yeah, the miniature was a reward to those who Kickstarted the game. Still though, for those used to the solid finish of Zombicide and Super Dungeon Explore, it’s a glaring omission.

In all, an exciting addition to the tower-defence fold with brilliant miniatures and a learning curve like a brick wall. But then, the sweetest victory is the hardest won…

B•Sieged is available now from all good board game retailers (or find a local store here) RRP £80.00.

Trapped in the past, Ben Fee finds himself leaping from life to life, putting things right that once went wrong, and hoping each time that his next leap will be the leap home..........
More Goodness
CoolMiniOrNot