previous
Dark Souls, This War of Mine and Plague Inc all make the leap to board games
random
next
Concept Review
Tabletop
0 likes

The show is going from strength to strength, increasing in size year on year. For 2016 the EXPO has been moved to the Birmingham NEC to accomodate all the sellers, demonstration teams, organised play and general fun and games that go down at the show. 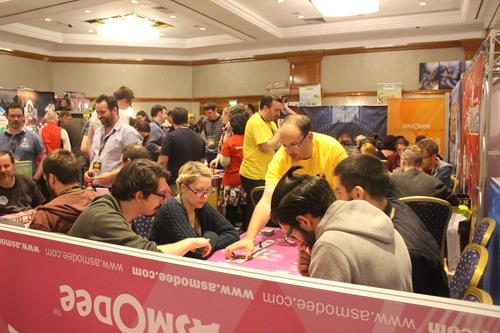 So for fun I thought I’d pop up a couple of my highlights, some of the parts I’m looking forward to (along with all the gaming and industry chat of course!). The diversity of events speaks to how the EXPO is becoming more than ‘just’ a table top event; it’s a hub for everything around the gaming, with family, cosplay, designer events, all the facets of the industry that one wouldn’t see at your local gaming night.

Wyvern’s Lair
EXPO’s answer to Dragon’s Lair, this panel sees prospective game designers pitching to publishers in the hope of feedback and maybe even a contract! Last year’s was pretty intense, so hopefully this one will up the ante.

Children’s Roleplaying Games
Furthering the event’s reputation as a family event, the Children’s RPG masters are back with three separate games for the kids to get stuck into, including one where the players are farm animals protecting their land! What these folks are doing, giving the little’uns a safe place to play and explore magic worlds of fantasy is just cracking in my book. 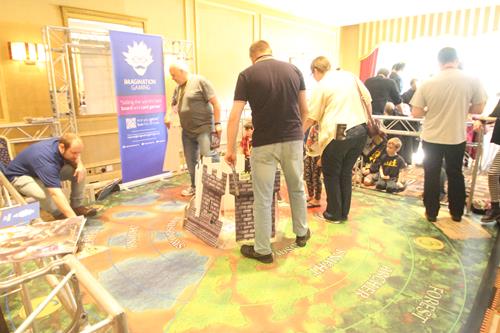 The Dark Room 2.0
Comedian John Robertson returns with his new and improved show where audience members play an on-stage, live action text adventure! Harking back to the old skool games like Zork and Adventureland, this years promises to be even bigger and better. If you get a chance, make sure to get yourself down to this one.

There you go! If you can make, come on down. And if you see me wandering about, give me a high five or a fist bump. Hope to see you there!

An avid board and card gamer, this displaced Cornishman has spent way too much time playing games and skulking around his local hobby shops. He later escaped to Swindon, the land of roundabouts, where he currently designs games whilst infecting those who stand still too long with his gaming lurgy.
More Goodness
board gameCard GameNEC birmingham