+ Highly approachable, easy to pick up.
+ Contains plenty of Pratchetty references.
+ Easily portable if you're going away and can't spare box-space.

- Missing one fairly important in-joke card.
- Characters feel a little too similar, essentially a one-shot move between them.
- Has revealed that my girlfriend has been pronouncing "Hiver" wrong for years.

The late, great Sir Terry Pratchett wrote some of my favourite reading material, supplying me with fantastic stories of stoic watchmen and bumbling wizards from my pre-teens right through to adulthood. If you clicked on this article, you probably already know who he is, so I’ll spare you the bio-recap (though this first paragraph is a minefield of links). If you somehow got to this page without knowing who Sir Terry Pratchett is, then all I can say is…go read Wee Free Men. It’s a light, entertaining, young adult work and it’ll give you ample background for reading the rest of this article. Plus it’s got kleptomaniac faeries in it – who doesn’t love that? 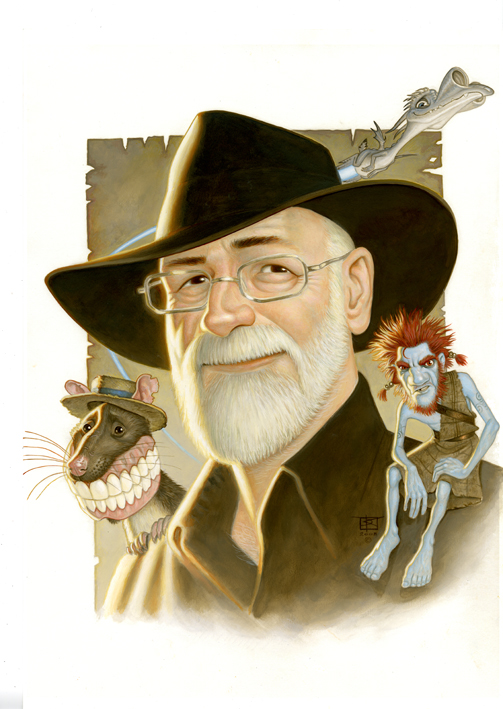 Moving onto the topic – The Witches boardgame, released in 2013 by Martin Wallace, who you may remember from such titles as…uh…Discworld: Ankh Morpork. Guess he’s a fan of the world. Joking aside though, his career has spanned a goodly number of titles, but apart from Age of Steam, I haven’t heard of that many. More’s to my detriment perhaps, because The Witches is a pretty damn good beginner-friendly boardgame for 1-4 players. That’s right, ONE to four. You can play this on your own if Skyrim keeps crashing or all your friends disowned you after playing Game of Thrones. 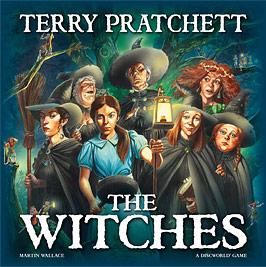 I can’t speak to the entertainment value of trying to play it on your own, because I feel that boardgames should be something enjoyed in a group. But I can say that having played this game with two and four players, it’s definitely something I’d recommend, especially if you’re a fan of Arkham Horror…as weird as that sounds. You’re a small group of colleagues working co-operatively to solve impending crisis before they get out of control, you collect items and powers, you travel around the map by broomstick…okay, maybe not that last part, but it’s not always brooms and you could get that motorcycle in Arkham.

Mechanically, The Witches and Arkham Horror play very similarly – using dice rolls to defeat problems/enemies, with failure to do so resulting in cackling/insanity. Every turn, new threats are popping up all over the board, with threats left over occasionally becoming more difficult because you left them too long, or ending the game all together because your cadre of trainee witches/hapless gumshoes couldn’t get their act together in time. Replace the Dimensional Shamblers for Sick Pigs and Cthulhu with The Wintersmith and you’re pretty much there. 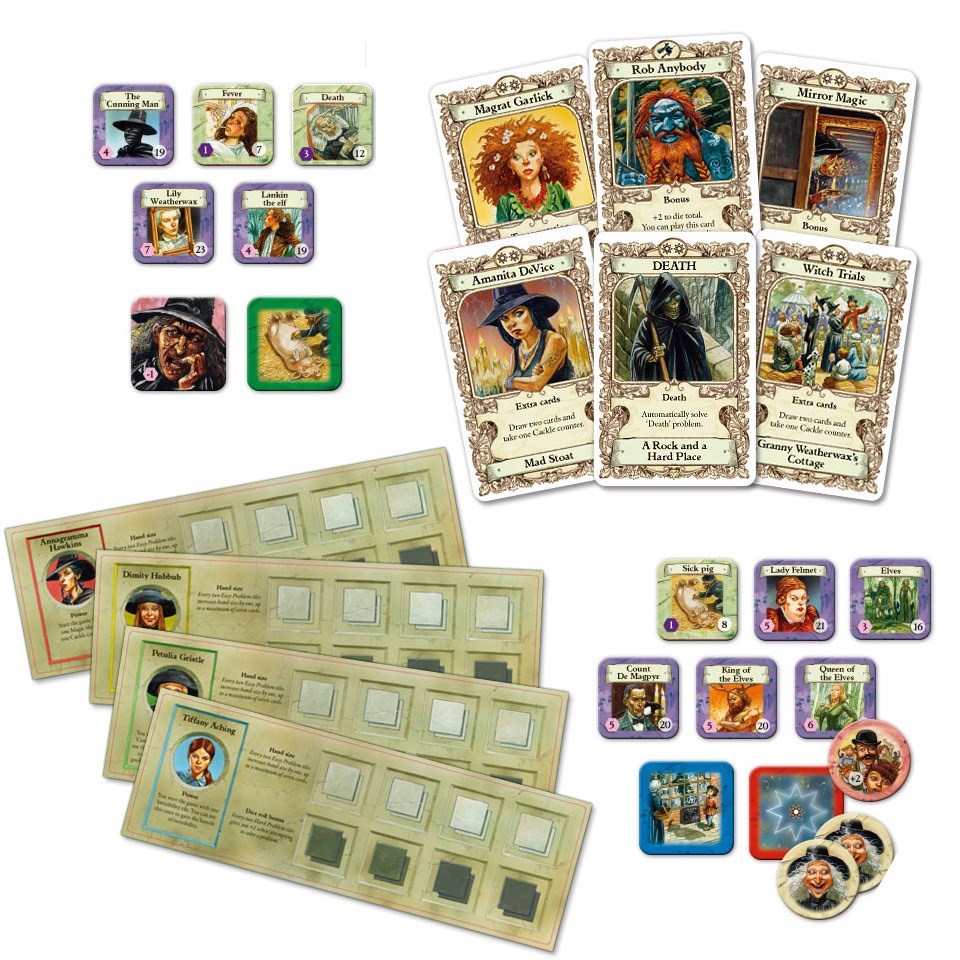 What it has over Arkham however, is simple usability. The rulebook does not require two points of sanity damage to understand, everything is simply laid out, and if for some reason you had to ditch the box, the entire game could probably fit in your coat pocket – including the board if you’ve got a jacket like mine. Simple, approachable, and if you wanted to play Arkham with your kids but were worried that they’d become Hastur Cultists, then this game has been tailor made for you.

The only really disappointing element is the lack of diversity between the four playable Witches – Tiffany Aching, Petulia Gristle, Dimity Hubbub and Annagramma Hawkins – each have their own single-shot power, giving them just enough diversity to differentiate them from just being four coloured Witch-hats, but not giving them much of a strategy besides “I can cure one Sick Pig for free”, whereas in Arkham, your choice of character effects how you approach the entire game. I also consider the lack of an “I ATEN’T DED” power card to be a gross injustice, but all your other series references are in there, from Borrowing to giving Turpentine to a sheep.

I mentioned earlier that it was a co-op game, and while that’s true, it’s also a bit of Headology, which makes for one of the subtlest meta-games I’ve ever had at the table. Each Witch must go to face her problems alone, there’s no teaming up – just coordination of whose going where and whether or not you need to Have Tea with another Witch to get rid of some of your Cackle (Insanity). When a Witch rolls badly against her challenge, everyone pitches in with suggestions on how to get around it – “Use your reroll, spend that power, you’ve got an Escape if you need it…” – but at the end of the game, when the Witch Trials are over and the people of Lancre are gossiping about who the best young Witch is…the scores are counted. Victory Points amassed from Sick Pigs cured, Broken Limbs set or Elves banished. So you have to weigh up exactly how much you need to help your fellow Witches just to keep the game going, and how badly you need the Victory Points that are out on the board.

Which I think is rather clever, and rather like Pratchett’s Witches. I bet he was chuffed with this game. I certainly was.

Tunes for the Table