A fantastic setting combined with a rules-light system, creating a rich roleplaying experience.

Imbalance can occur between characters of equal experience, although this mitigated in the Game Master's Guide.

Symbaroum has achieved that rare balance in an RPG; light-weight game mechanics interconnected with a rich setting. 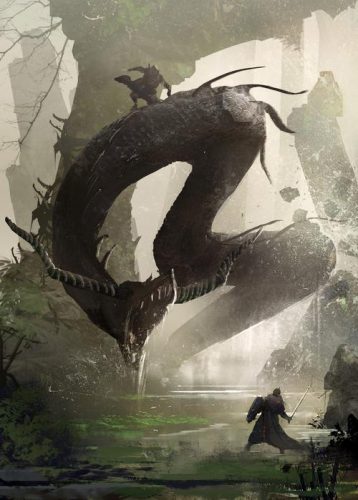 Symbaroum is the fantasy roleplaying game (RPG) from Free League Publishing.  Unlike the high fantasy of Dungeons & Dragons, Symbaroum takes a grounded approach, with a darker tone to the setting.

Following a great battle against corruption, during which most of their land was decimated, humanity (the Ambrians) migrated to a new region.  This land is dominated by the forest of Davokar, which is filled with the ruins of an ancient civilisation.

What stands out most with the Symbaroum RPG is the fantastic setting, which has a wealth of material.  The first hundred pages of the core rulebook are dedicated to the setting; covering the history, culture and politics of the Ambria and the surrounding region.   Rather than overloading the reader with information, Symbaroum offers a general overview of the setting, before incrementally digging further into the details underpinning this world.

The recent presence of Ambrians in the region drives much of the tension within Symbaroum.  Instead of relying on the underlyingly racist connotations of “evil races”, we are presented with the corruption, which has an equal-opportunities approach to its recruitment campaigns.  This malevolent force underpins many of the darker elements within the game and acts as the overarching, if ephemeral, nemesis for the setting.

Whilst Symbaroum utilises tropes common to the fantasy genre, such as the dark forest and the ancient ruins, they are utilised and combined in a new and innovative way.  Rather than having dungeons conveniently waiting for players to explore at their leisure, there are the Symbaroum ruins, hidden deep within the forest of Davokar.

The dangers of the dark forest means that few people venture into them seeking treasures in the ruins.  Not only does this add credence that these ruins would still be filled with valuable artifacts, but just getting there becomes an adventure unto itself. 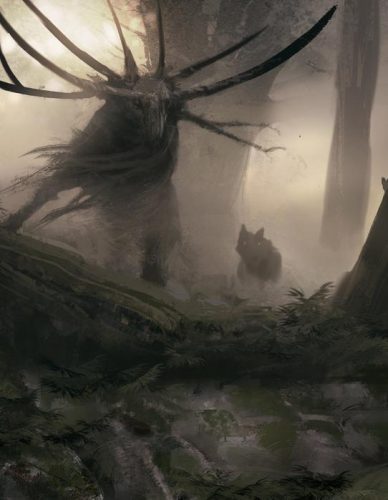 Balancing this is Thistlehold, the final bastion of civilisation before the dark forest.  Here we are presented with the various guilds and factions that compete with each other.  This urban setting acts as a start contrast to the dense wildlife of Davokar, offering players diverse environments to explore.

Symbaroum has distinct elements of exploration and dark fantasy, but it also has post-apocalyptic influences.  The Ambrians are fleeing a devastating war that annihilated much of their civilisation and are struggling to establish themselves in this new region.

Whilst the focus is understandably on Ambria, there is also extensive coverage of the other races and tribes in this region.  Although it is assumed that most will play humans in the game, the Core Rulebook does include rules for playing some of the other races, which is further expanded in the Advanced Player’s Guide.

Rather than playing a generic fighter or wizard, the career options are split into three distinct archetypes; Warrior, Mystic and Rouge.  These are broken down further into a series of templates that players choose from.  As an example of this, the Rogue archetype includes Ranger, Treasure Hunter and Witchfinder.  The streamlined approach means that is relatively simple to modify an existing template or to create an entirely new one.

Mystic is the more complex template, as the character’s background determines the type of magic they wield.  Although the core mechanics remain the same, the mystical powers of a theurge (a mystic within the priestly order) will be quite different to those wielded by the academically-minded Wizards.

The D20-based rules system is exceptionally elegant, with a streamlined skill resolution.  Those seeking an in-depth combat system will be disappointed, but Symbaroum is not that kind of game.  Instead, the focus is on exploration and investigation. 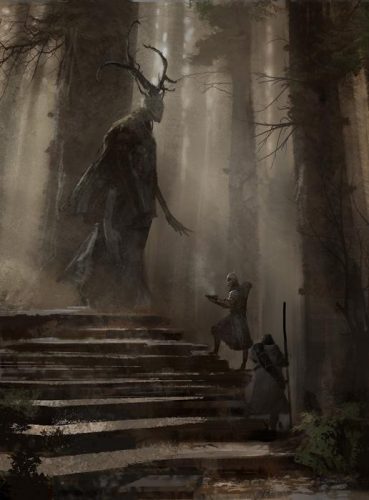 The corruption mechanics are a particular highlight of Symbaroum, as it reflects the underlying nature of magic coming at a cost and ties into the setting of Symbaroum.  As magic in Symbaroum goes against the laws of nature, it engenders a backlash in the user, which manifests itself as them becoming increasingly corrupt.  This corruption taints their very essence, with certain beings and places – particularly in Davokar – eventually becoming utterly subsumed by it.

The Symbaroum books are Peppered with amazing artwork.  Artistic license means that the image can occasionally differ from what is written, however it reinforces the mood and feel of what a game of Symbaroum is like.  The use of perspective in the artwork evokes a sense of wonder, underscored by an unrelenting sense of menace that permeates the setting.

Sybaroum is comprised of an essential trinity of rulebooks.  Central to this is the comprehensive Core Rulebook, which contains the necessities for playing and running the game.  It is beautifully written, with stunning visuals complementing the writing.  It is intuitively organised and includes a comprehensive index for seeking a particular rule.

The Advanced Player’s Guide offers players further options for character creation, with new playable races and templates to play.  There is expanded skills and weapons list, as well as the optional boons and burdens rules.  The latter is akin to the merit and flaws mechanics in other RPG, providing greater texture to the character creation process.

As the title suggests, the Game Master’s Guide is intended for games masters.  This provides expanded rules and material for running Symbaroum games, such as running domains, large scale battles and new traps, as well as expanded rewards, including further artifacts. Of particular note were the chapters dedicated to running Symbaroum adventures, which explored more of the mystical aspects of the setting.

There is also the Symbaroum Starter Set: Treasure Hunts in Davokar, which offers new players – and those unfamiliar with RPGs – a fantastic introduction to the world of Symbaroum.  This is through a stripped-down version of the rules and an introductory adventure.  Having the core rulebook could make the Starter Set feel unnecessary, and from a rules perspective that is true, as the Starter Set rulebook is a quarter of the size of the core rulebook.  However, the Starter Set’s accessories, especially the maps, make this an invaluable addition for anyone wanting to run the game.

Symbaroum has achieved that rare balance in an RPG, with lightweight game mechanics that are accessible for new players, with sufficient depth to intrigue even the most jaded players.  Although Symbaroum does not offer anything genuinely original, what it does do, it does incredibly well, and there are few games where their design has felt so interconnected with the setting. 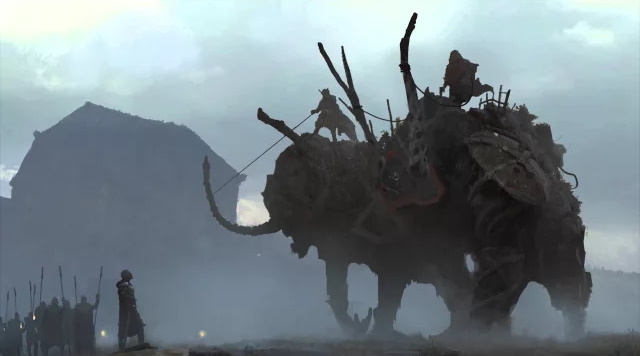 Science Fiction: the final frontier. These are the articles of the freelance journalist Peter Ray Allison. His continuing mission: to explore strange new realms of fiction, to seek out new genres and new visions of the future, to boldly geek where no one has geeked before.
More Goodness
FantasyFree League Publishingroleplaying game