With the LVO nearly upon us and the tournament calendar beginning again I thought i’d explain my down falls as a tournament player and how I think, you could do better.

I’ve been playing tournaments in 40k for about 4 years now and despite a 2nd in a one dayer, a 6th and a lucky 10th In a GT I’m generally mid table/ top 30. My armies are competitive but just never competitive enough and I doubt this will ever change. The thing is, I know exactly why I am in the position I am and I know how I could be better….but due to, well, me being me and the restrictions I place upon myself I doubt I’ll ever reach the lofty heights of the top table…. but you could.

In a game of dice luck will always play a part, so the following steps are not fool proof. In the end the dice gods can be fickle masters and even the mightiest 40k players fall to their curses, so the best you can do is prepare and hope your preparations are able to weather any displeasure they might send your way.

Now, first up, tournaments can be intimidating experiences and if you are just there for a bit of fun and end up getting destroyed in many of your games, you can come away with a bit of a bad taste in your mouth BUT before I tell what you need to do to be a top table player, first off I would very much suggest you read my article on 40k tournament players, and the types you will find within HERE. It will give you a breakdown on who you might play and that it isn’t as bad as it is made out to be, as long as you are playing with the right mind set. 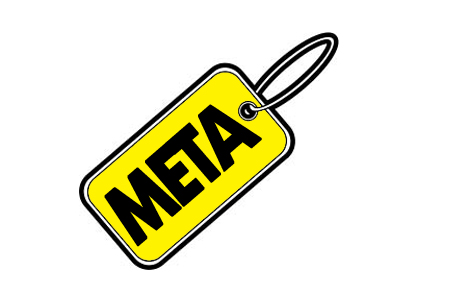 To be a top table player you need to be versatile with army choice and list creation. If like me, you have a favourite faction that you just can’t not use and units you just can’t do without, then there is a very good chance, unless they are inherently META, and have been for a while, you’ll end up with a fair few losses under your belt.

Now this is all well and good if you are happy just to play and win now and again ( and there are many like this) but if you have entered a tournament to do well and aim high then you’re going to have to check your faves at the Emperors Palace gate and accept that if you want to run with the big boys, meta tracking and assimilation is key.

You need to be able keep up with what’s winning, the best units and the best abilities. Then either accept that you’ll have to fund this constant flux as new rules and units come out ( which is expensive) or be willing, like many top table players, to swap or eBay your army when it has past it’s sell by date; this I can’t do.

I have been Space Wolves for as long as I can remember, back to Rogue Trader days in fact, and as much as I have dabbled with mixed forces and on a couple of occasion went pure Custodies, I have red lines I won’t cross. I’m always Imperium and I pretty much always use Space Wolves in my army composition; despite the fact that they haven’t been truly competitive, to a high level, since the glory days of The Thunderwolf Cavalry / Wulfen Death Stars of 7th edition .

Now some SW list are “competitive” and can do well enough but they are not Meta, quite lack lustre and don’t have the firepower, or buffs necessary to win tournaments very often. I love them and their lore though and that’s why I use them. Also, as much as I’m not the best painter I do enjoy it and I have a theme for my Wolves that I can’t just bring myself to get rid of just because of the Meta; so I play with what I have and hope I can find a competitive combo.

You will note that a lot of top table players ( not all) lack well painted armies. That’s because the game comes before the hobby for them and so painting is just a necessary evil on their road to victory and if you are swapping out armies every 3-6 months, painting them might turn from a hobby to a chore, so the main 3 colours are added and that’s it. 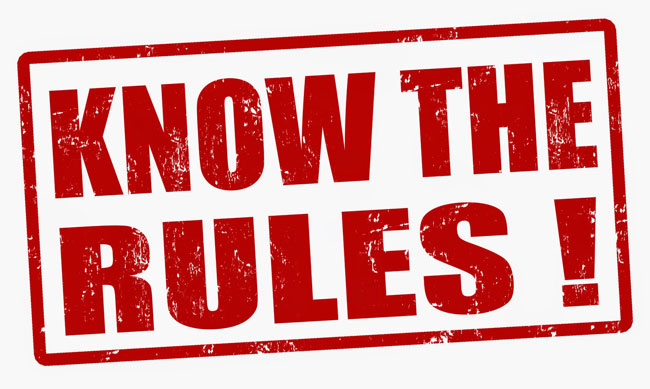 Rules are key to success in a 40k tournament. Many games have been won or lost ( and I should know) because one player ( generally me) has gotten a rule wrong and so made a big mistake that is hard to come back from.

A good example of this is the charge phase, not charging, piling in and consolidating properly. Here you have the chance to move your charge roll + an additional 3” pile in and “3 consolidation, which when playing certain armies is vital, especially if you want to shut down their firing phase.

On top of this, and again something I am quite prone to, is forgetting rules and abilities that could have been vital to how I played. It also leaves me open to other players who are like me, making mistakes, stating a rule is X, believing them, then finding out later it wasn’t the case; by which time it is too late.

Additionally it is all but essential to know most of the rules of your opponent. This is a bit of a challenge and I doubt even top table players know everything but they will at least know the main thrust of what your units do and the knowledge is key to how the battle goes.

A good example of not knowing your opponent occurred on 3 occasions against me when 3 separate knight players didn’t understand how my Wulfen worked and proceeded to charge them, instead of shooting them from a distance. ( in my defence I always tell people how they work and you really should never get in combat with Wulfen) The charge works, the Wulfen soak up a fair few stomp attacks on storm shields and Feel No Pains, the models that are killed hit back, doing a lot of damage and then the unit itself hits back and kills the knight, leaving another round to advance and charge the next knight, which, Invariably will die too.

Finally, rules aren’t just confined to the rule book and codices, no, tournament rules / rulings are also very important to understand and bear in mind pre game. Because nothing will ruin your day more than turning up only to find out you can’t use certain relics and warlord traits because you didn’t have them added on your list… I’ve been there, it’s very upsetting. 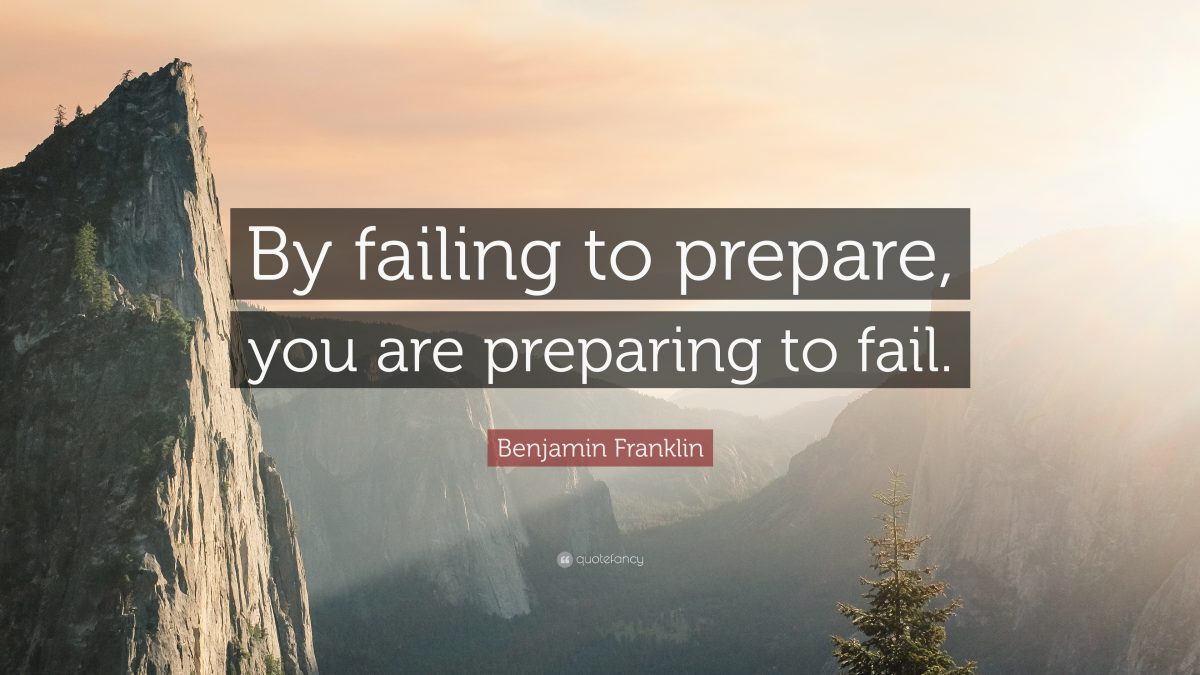 I have to say I’m not too bad at pre game planning, and quite enjoy it. Understanding how you will deal with specific lists and how your units interact with the missions can be just as important as list creation. In some cases you’ll be aware of the missions in advance, in others, you won’t but you’ll need to think out what your plan is for different deployments, game types and enemies.

For me, I draw out tables and break them into sections then think about different mission types and how I can best deal with different factions and situations. It’s not fool proof by any stretch of the imagination but it at least prepares you a bit so you have some idea on what to do. 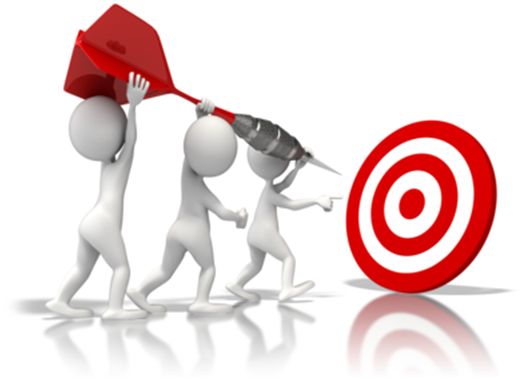 Playing to the mission.

Basically the above but when you actually find out what the missions are.. You have to play to the mission. Sounds like a given but there are so many players, myself included, who will play to kill units at the expense of winning points and that is where you / I fail. It’s only now, after years of not learning from this mistake that I’m getting out of the habit and just thinking about how to maximise my points. If that means you have to lose an expensive unit so be it, if that means you might get tabled, then it’s a price you have to pay. In tournaments it’s about victory points and you need to do anything you can to achieve them, even if this means losing units.

It seems counter intuitive sometimes, that if you don’t save X HQ he’ll get taken out but is X HQ, on an objective, and getting you points? If so then he’s better there, racking up points than not there and safe.

Obviously you can’t just throw away units willy nilly but you have to accept and understand that the game is the mission and even if you table someone on turn 4, if they have racked up enough points, you’ll still lose; so fight against your base wargamer urges and play the mission. 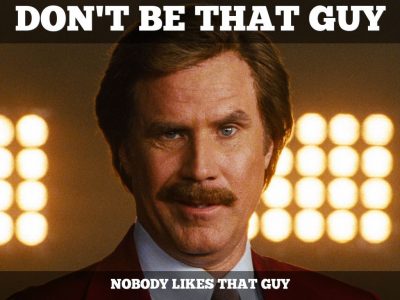 Having to be ‘that guy’ some times.

This is something I can do but very much dislike. I’m competitive, to the point that I’ll challenge rules and ask questions on rules I’m not sure on, I’ve even had a protracted debate about victory points at the end of a game but in general I hate having to be “that guy” and I hate punishing players for simple mistakes. 9/10, unless it’s super close, or they are being a douche bag, I’ll always let someone take something back, roll out of sequence, take additional relics etc if it’s not on their written list ( as long as I know pre game) BUT, as much as there are a lot of players who are like this, they like me, are bottom and mid table.

If you truly covet the top table positions then sadly you have to understand that this is a tournament after all and if you give people leeway then it just puts you at a disadvantage. In a game where maximising on people’s mistakes is key, you can understand why some players aren’t overly keen on letting you fix mistakes, especially if it is at the expense of their game.

This obviously doesn’t mean you have to be a dick about it, because invariably you’ll make a mistake yourself and need to throw yourself at the mercy of your oppo but a tournament is just that, you enter to compete and like any sport, mistakes are part of the advantage given to the other player.

So there you go, 5 reasons I fall down on when playing tournaments and 5 ways you can up your game.. if you think there are more, if you have any advice; then by all means leave us a comment below.