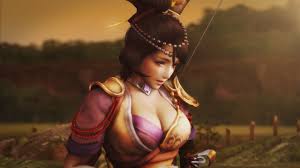 Toukiden: The Age of Demons Review

by Nick Hancheton 05/05/2014
Toukiden: The Age of Demons is an odd beast. It not only borrows elements from the Monster Hunter franchise, but instead copies them like for like, under the disillusioned hope that it can differentiate itself enough from it’s source material. In doing so, however, it somehow manages to make itself less appealing than it’s primary […]
Tweets by @GeekPride1
View more photos »