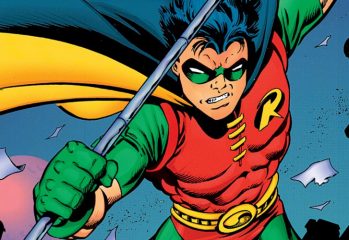 by Ben Feeon 10/09/2016
With the DC movie universe expanding in all directions like a particularly aggressive case of Athlete’s Foot, actors and actresses are falling over themselves to nab one of the many, many character parts that the Superman and Batman publisher has to offer. One such actor is Ryan Potter, veteran of the Marvel Cinematic Universe (sort […]

by Daniel Delargyon 15/07/2014
Previously, Disney had been very quiet on it’s next feature, having only released a tv spot for it’s upcoming movie Big Hero 6…and not much else. The TV Spot highlights two of the cast, Hiro Hamada and his robot Baymax, as the former aid the latter in kitting up in an outfit worthy of a superhero…in […]
Tweets by @GeekPride1
View more photos »