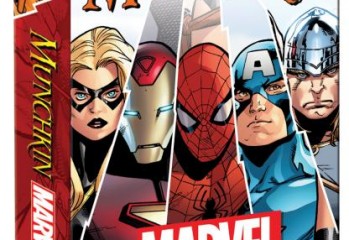 Munchkin gets the Marvel treatment

by Bevan Clatworthyon 04/12/2015
The evergreen and incredibly popular gateway game Munchkin has had several interations, including licensing for Tim Burton’s Nightmare before Christmas and Adventure Time. However, if these don’t appeal to you, USAoploy has announced a coalition between Steve Jackson Games and Marvel to bring you Munchkin Marvel edition! The release date is slated for April 2016, […] 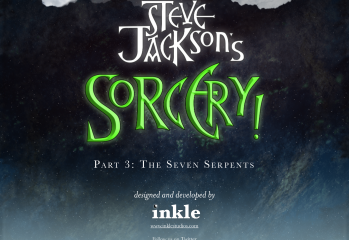 by King Darrenon 25/10/2015
Over a year has passed since I last traveled with the sorcerer from Analand on their quest for the stolen Crown of Kings. Back then, inkle Studios seemed to be content simply creating incredible digital gamebooks. Since then, however, they released 80 Days and what I would consider a “gamebook” evolved into a completely different […]
2

by King Darrenon 11/07/2015
I’m more than just a pro gamer. There’s a well-kept secret none of my friends nor family members know of : I’M A FRICKIN FANTASY TEXT ROLEPLAYER!! I used to spend many nights in my bedroom, tempting my fate against demons and dragons with a pair of dice. The gamebooks I used to play a […] 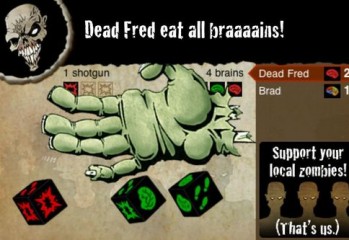 by Stephen Breweron 25/04/2014
For a game that consists of a few dice, a cup to roll and a page of instructions outside the realm of the app, it was difficult to see how SJ Games could improve or detract from Steve Jackson's Zombie Dice. SJ Games who are known for making The Fnorder and Munchkin Level Counter also on the app store gave this simple, yet addictive game their best shot, and for a free download (with an in-app purchase of 69p to unlock it fully) it didn't disappoint. 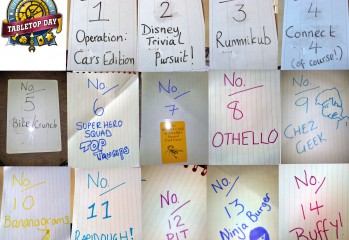 by Becca Harperon 01/04/2013
On Saturday three generations gathered at my house to play as many table top based games as we could, to celebrate International Table Top Day.  I am proud of what we achieved, not only did we re-visit games not played in years but we had heaps of fun doing it.  Board games and card games […]
The Geek Pride Cast
Tweets by @GeekPride1