previous
Episode 152 - A new host! or Danny Strikes again!
random
next
New Doctor To Be Revealed

The Sentinels Unveiled By Bryan Singer

Remember the opening scene of X-Men: Last Stand which involved a Sentinel at the beginning, and initially gave you the impression that the movie was going to be awesome? Well prepare for that feeling again, though without the spirit-crushing disappointment to follow (hopefully).

Bryan Singer has been Tweeting from the Days Of Future Past set again, and he’s officially lifted the lid on Trask Industries‘ baby – the Sentinel. This time we get to see the whole thing, and not just the head!

Check out the picture below: 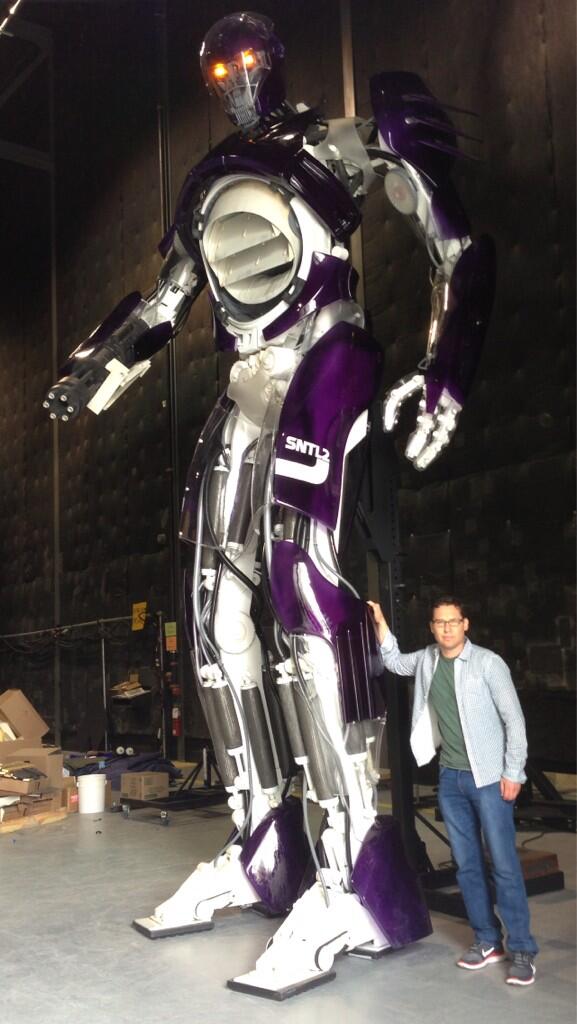 If I’m honest, I think the X3 design is probably more accurate when you compare them to the comics, but I kind of like the semi transparent feel to it. Our fearless leader Matt chipped in on Facebook stating “looks like a dyson..”, and I agree a little – it’s the vent on the chest that does it, but then it’s probably how the behemoth manages flight.

Let us know what you think!

Movie and videogame geek, basketball player, guitarist, waffle connoisseur & expert in being a slacking bastard. You'll find me gaming on PS4 as "SpasmicPuppy" most of the time... I'm addicted to Destiny.
You might also like
breakingBryan SingerDays of Future Past