Marcia Wallace has died at her home in Los Angeles at the age of 70. The cause of her death seems uncertain at this time, with conflicting reports ranging from complications due to breast cancer to pneumonia complications. 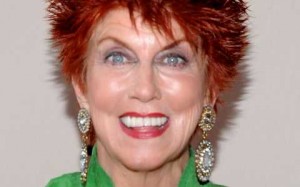 Marcia Wallace joined the cast of The Simpsons in 1990 as the voice of Edna Krabappel, Bart Simpson’s fourth grade teacher, and won an Emmy in 1992 for outstanding voiceover performance for the same role.

I was tremendously saddened to learn this morning of the passing of the brilliant and gracious Marcia Wallace. She was beloved by all at “The Simpsons” and we intend to retire her irreplaceable character. Earlier we had discussed a potential storyline in which a character passed away. This was not Marcia’s Edna Krabappel. Marcia’s passing is unrelated and again, a terrible loss for all who had the pleasure of knowing her. 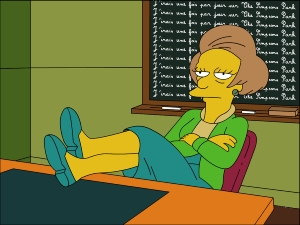 Before The Simpsons, Wallace played receptionist Carol Bondurant on The Bob Newhart Show but also guest starred on The Love Boat and Magnum PI, as well as other popular 1970s and 1980s shows.

I'm a movie lover of all genres, particularly comic book films, as well as some television shows such as Community. I enjoy fiction writing and blog writing and I sometimes dabble in reviews.
You might also like
newsThe Simpsons