previous
Isometrics Present: WARP Month: Enemy Zero, the Invisible, the Inhuman and the Irreplacable
random
next
Get ready for Guild Ball!

The Story of Space Boy, Hotwheels, and A Pep Talk

It’s nearing the end of February and the general consensus over here at GP is that the last 2 months pretty much sucked. The post-Christmas blues, became the “Shit, I’ve gotta do a day job” blues and it culminated into a few leavers and a general sense of “Humph”. With a return to the outside world, a lot of us geeks and nerds are reminded that the normies don’t like us, and they sure as hell don’t understand us.

No one knows what it’s like, to be the sad man, to be the Batman, behind blue eyes.

Well fuck that right in the eye, I want to cheer you lovely folk all the way up to 11, with a story from my youth.

It’s 2000 and I am 11 years old, about to enter into Sir Joseph Williamson’s Mathematical School. I am excited and terrified in great measure. But it was this or boarding school in which I would “never see your family again” (My Mum, 2000). I sat at the back of the bus and revelled in what was about to happen. 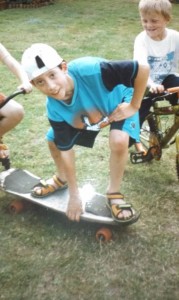 After a fairly uneventful day of registers and speeches, I was on my merry way home. That’s when I met the year 10’s.

I wore a big backpack that had a kangaroo in space on it. I loved that backpack, it had survived all the way through year 6 and had been on many adventures, from the woods, to the hills, to the cities and even once, underwater (probably). The year 10s didn’t feel the same way. The way home was full of tugging, pushing, laughing. I tried to play it off, pretend I was laughing with them, but I didn’t understand the innuendo-laden jokes about my frail size, massive glasses and haircut. And that back pack.

In addition to this, they soon picked up on my ADHD and obsession with Star Wars and Harry Potter. This lead to being hit with ‘spells’ (money, food, pens, compasses) while on bus rides home. I also gained the nickname Space Boy.

That stayed with me for nearly two years. Two years of fighting, being laughed at, used as a coat rack, theft, tears and feeling like I shouldn’t be there. Turns out that even though you were required to pass a test to get into the school, your peers could still act like animals.

By the age of twelve I decided that it was time to blend in. I dropped my geeky clothing and begged my mum, who eventually bought me a track suit. I spiked my hair into a ramp like everyone else, stopped listening to Elvis and Chuck Berry and started listening to whoever was in the charts at that time. I got rid of that damn back pack, obviously the source of all my troubles. I even adopted an accent to mimic the patois of my would-be bullies.

For about 8 months, everything was perfect. I didn’t get beaten up, and I could have conversations in regard to what was playing on KISS FM and their Ilk. Space Boy was dead.We also spoke about Playstation and football, which was where the trouble began.

Hot Wheels Turbo Racing was a pretty fun racing game released in 1999, full of levels with multiple tracks and unlockable cars. It was a blast to play, but the thing that stood out to me was the soundtrack. It was an eclectic mix of dance, techno, country and my old favourite, rock and roll. One track in particular, however, grabbed me by my then-non-existent short and curlies. 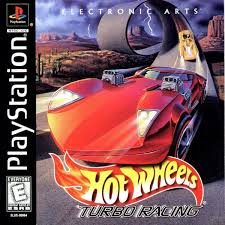 Go and have a play. You owe it to yourself.

‘Fuel’ by Metallica is/was in many ways, a song that made me who I am. From the opening guitar riff, to the swear word, and the thundering drums, I was hooked. I began to drop other tracks from the playlist, and just listen to this. In secret, where my friends (spelt ‘attackers’ ) couldn’t see or hear me.

The song took me to place I’d never been, and eventually I caved in and showed my “friends” They hated it, all bar one guy (who, unsurprisingly, I still talk to). Knocked back by this, I continued to hide. Hide away something that made me happy, purely because it deviated from what was perceived as the norm. Fuel stayed with me though, right up until I was 14. 14 was the year I took a school trip that led me to meet a person that changed my life, who I was eventually best man for when he wedded his high-school sweetheart (But that’s a different story).

At this point I had already started to feel uncomfortable in my own skin, and as a remedy to this had began dressing as a hybrid of the new terms I had discovered as ‘Chav’ and ‘Grunger’ ( I remember telling my diary I was 1/12 grunger) . The ‘grunge’ side of me came out the more I hung with the guy from Isle of Wight and I learned that, although it subjected me to a boatload of ridicule, it sure as hell felt a lot better being who I knew I was.

As time went on the violence didn’t relent, and the more I changed the more outcast I became, but I never looked back, never wanted to be ‘normal’ if it meant shying away from something that made me happier than any conversation I would’ve had with them.

I vowed a long time ago that I wouldn’t allow normies and peer pressure to make my decisions for me. I have been through countless other tales such as the one above, and it’s made me who I am now. In a world where we don’t really know what happens when we die, why the hell would I not want to chase my dreams, be myself, and help others as much as possible? Life’s too damn short to be uniform, not when some of us will die in agony, alone. Biological theory states that over-specialisation breeds weakness, so why wouldn’t we have a model of work, school, or relationships based on collaboration across a global spectrum? Shouldn’t we have a right to feel comfortable with who we are, without fear of prejudice? Shouldn’t we be proud enough of your decisions and choices that cynics and nay-sayers are like dust in the wind?

This, among many reasons is why I’m happy with not being “normal”.

There is always going to be disagreement and hardship in your life, and you may be going through it without anyone close to hand, but please take this advice: Never try and hide your passion for fear of resentment or ridicule. The fact that you are accessing a website called Geek Pride shows that you are at least a little bit inclined to be a bit of a geek/nerd, or maybe you are a full blown, got-a-Rorschach-tattoo geek, whatever the case is, be fucking proud guys, don’t hide what makes you incredible.

Most of you, if not all, have a Space Boy story. Please remember how you felt then, as opposed to how you feel now. And if you still feel like you’re not worth it, or invisible, remember three things:

1: You are fucking awesome, and you CAN pull through.
2: We have a facebook page. If you feel alone, message us!
3: Never stop being you. 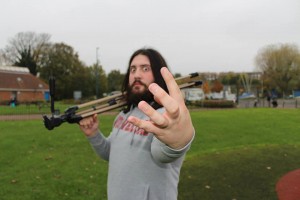 Hailing from Kent, England, Mike is a writer, editor and podcaster who has just finished his degree at CCCU. He also is a drummer of 11+years, plays in several bands, and is available for session work. His other interests are Batman, music which doesn't suck and pizza. Follow Mike @The_Dark_Mike
You might also like
HopeMike OrvisSpace Boy