With just a few days before the big man comes and pays us a visit, it’s about time we spread some festive cheer! So with literally minutes of research, here it is. The definitive list of the 6 best Christmas themed Easter Eggs in gaming. 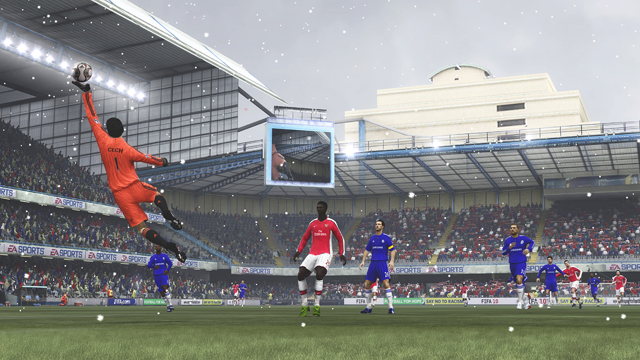 When anyone plays their fair share of any EA Sports games, the commentary tends to get more than a *little* repetitive. But who else remembers the first time they fired up their present of FIFA or Madden on Christmas Day to have a game before the turkey? For those that do, you will remember that instead of the usual guff, the commentators actually make a comment about the day and wish you a Merry Christmas!

The first time I heard that I literally stopped playing for a second. Sure, it’s a small thing to add on this list, but sports games are usually so mainstream that it’s an unusual place to find Easter eggs of any sort, and it’s a brilliant personal touch to include a message like that instead of the same exact sentence we always hear every time Rooney makes a damn pass.

Have a Holly Techno Christmas 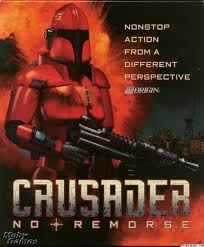 Secretly excellent third person shooter Crusader: No Remorse had one thing going for it, aside from the ridiculously destructive environments; the music. If you’ve never seen it think Wipeout style electronica and techno, just instead of racing you have wanton destruction and rifles that shoot ultraviolet rays at people to disintegrate them.

However as awesome as that sounds; fire this age old title up on Christmas Day and instead of a normal game you are thrown into an arena with no cover whatsoever, multiple versions of the hardest bosses in the game, every weapon…and techno remixes of traditional Christmas carols, and left to duke it out. Absolutely barmy. 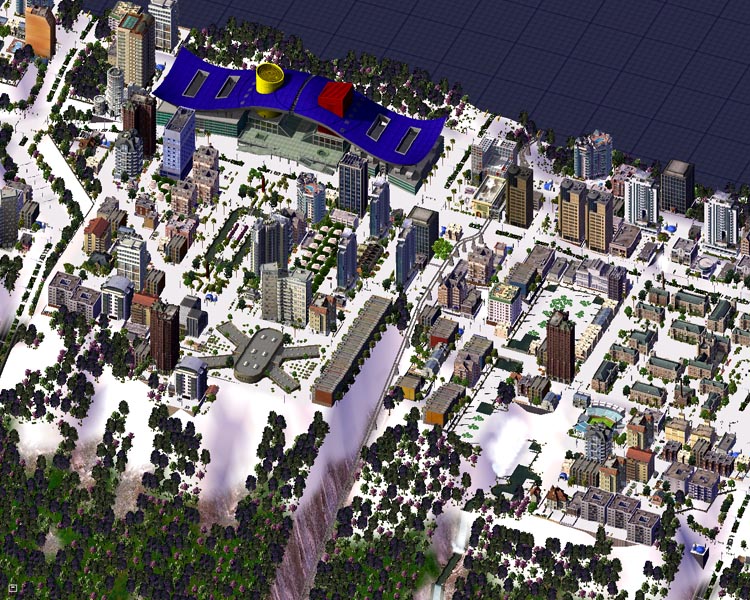 SimCity 4; a land where “weather” is an equivalent term for storms, hurricanes, meteors, volcanoes and giant killer death-robots. Yet take the time from your busy mayoral schedule and stop reticulating those splines for a couple of minutes to check in on your city, and you should see that if the elevation is high enough, part of, or even your whole city will be blanketed in soft white snow, making it look like a true winter wonderland.

There’s nothing quite like looking at a city of thousands of people that you have fostered from a couple of trailers and a water tower, and instead of rampant crime, power outages and striking teachers (if your city’s anything like mine), you see a tranquil and serene picture under the soft white snow. That is until you zoom right in, and you are able to hear each sim’s cries of dismay as they slide all over the roads thanks to the outdated public transport systems and potholes in the road. Probably. 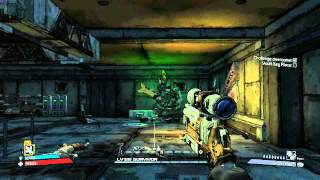 One of the most loved Christmas films of all time was referenced beautifully in the original Borderlands a few years back; but this is also one of the harder easter eggs to find. There is a small shack in New Haven, Borderland’s main city. Inside this shack there is a secret basement that is only accessible during one short portion of the game, and if you miss your opening, it closes forever.

If you manage to get inside this basement, however, there’s a brilliant borderlands-themed Christmas setting consisting of a Christmas tree (pile of green junk in a vague tree shape), decorated with baubles (grenades) and presents (gun chests). Inside one of the “presents” there is an even bigger Easter egg in the form of a sniper rifle called Rider, which has the description of “Careful, you might have someone’s eye out…” on it in the inventory. This is an homage to the 1983 film “A Christmas Story”, where a young boy named Ralphie wants a “Red Ryder” BB gun for Christmas, but is repeatedly told by everyone “you’ll shoot your eye out!”.

Borderlands even goes a step further with the film references with a macabre foot-lamp on a stand in the basement; a reference to another scene in the film where Ralphie’s father wins a competition and his prize turns out to be a lamp in the shape of a fishnet-clad lady’s leg. The foot-lamp in the game even has a shield around it, a further reference to how Ralphies mother finds the lamp tasteless, and intentionally breaks it.

Christmas in the Sims Household 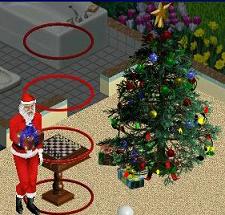 The Sims games always have some form of festive Easter eggs somewhere, such as planting a pine tree outside and turning it into a Christmas tree, but the original game’s big red surprise was by far the best.

All year round you are able to buy items such as Christmas Trees and Fireplaces. Provided your incompetent sims haven’t set fire to the living room trying to light the fireplace, if you make sure your bachelor/nuclear family/arsonist is all tucked up in bed by 8p.m, none other than the big man himself will come down the chimney at midnight. You can then watch as Father Christmas leaves presents for your Sims, and if you leave a plate of cookies on a table, he will even wander over and have a munch on them as well, before he disappears back up the chimney.

There are plenty of games out there that redecorate their environments or stick a tree down somewhere and call it a Christmas Easter egg, but there’s something magical about seeing Santa himself come into your own family’s home and watch him leave presents for you and eat cookies; even if you can do it all year round. Well, it makes a change from offing your entire neighbourhood with a swimming pool anyway. 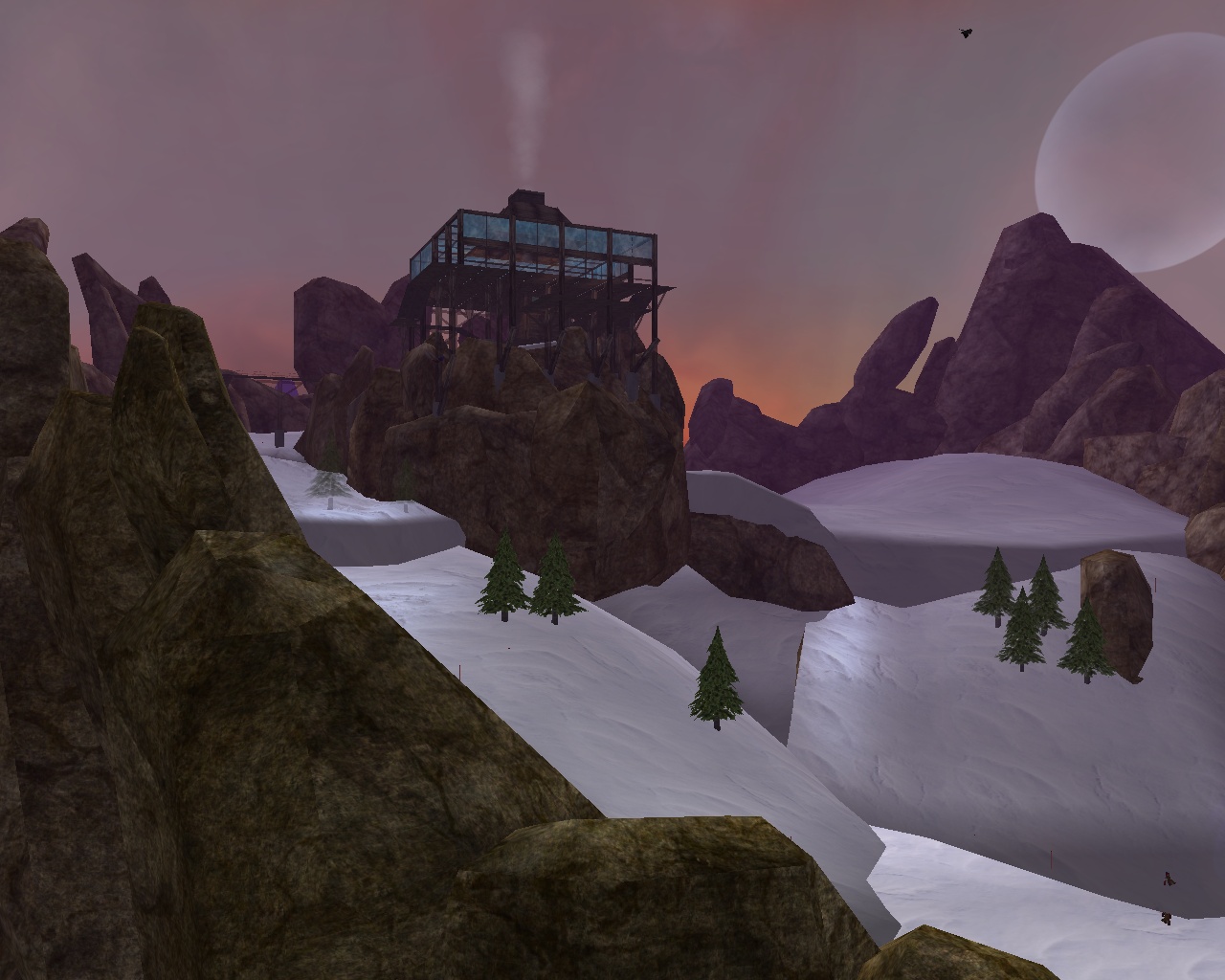 Many MMORPG’s host special holiday events around this time of year, where they redecorate the cities and towns, and fill the game with special quests, items, costumes, even whole new areas. There are so many I could probably write a whole new article on them alone. Hmm…

Anyway, although they are not technically eater eggs as such (let’s face it, they are all pretty in your face), the recently deceased City of Heroes had one of the best holiday events of any MMORPG, so it deserves at least an honourable mention on the list. City of Heroes started off fairly basic, with the odd special superpower given out gratis, or “naughty and nice” presents randomly dropped in the game world. But then, City of Heroes went properly festive. They actually opened up a Ski Chalet and introduced Father Time to the story, with a special quest to travel to the Winter Lord’s Domain and rescue Baby New Year from evil Snowmen to save the world from a perpetual winter.

If that wasn’t enough to fill your stockings, the area even had multiple ski runs that you could slide down; and even competitions for the best time. Seriously! You could get badges and prizes for winning the slalom as a super villain! Sometimes I really wonder why a game like that was ever allowed to die. I blame you. Yes, YOU.

Matt, 24 last time he checked, was born and raised in Manchester. A self-styled geek; when he isn't annoying his other half by fitting in as much gaming time as he possibly can, he can be found getting his fix of Fantasy and Sci-Fi elsewhere by reading, writing, or watching TV Series and Films. He is also a Michelin 3-Starred Chef in his spare time, and can be found experimenting in the kitchen, and generally poisoning his friends with obscure and mysterious dishes.
You might also like
Ap Gamesborderlandsbreaking