I don’t get people who loudly proclaim their love for the Joker. I mean, sure he’s a compelling character, and one of the few comic book villains to be genuinely scary, but he is evil. But hey, if you’re twisted enough to see this guy as some sort of role model, you’ll be pleased to know that he’s having a really productive week of terrorising the Bat-family. First up, in Batgirl #15, he proposes to Barbara Gordon with the severed ring finger of Mama Gordon, who is sitting on top of a nail bomb just to make sure Babs says yes. 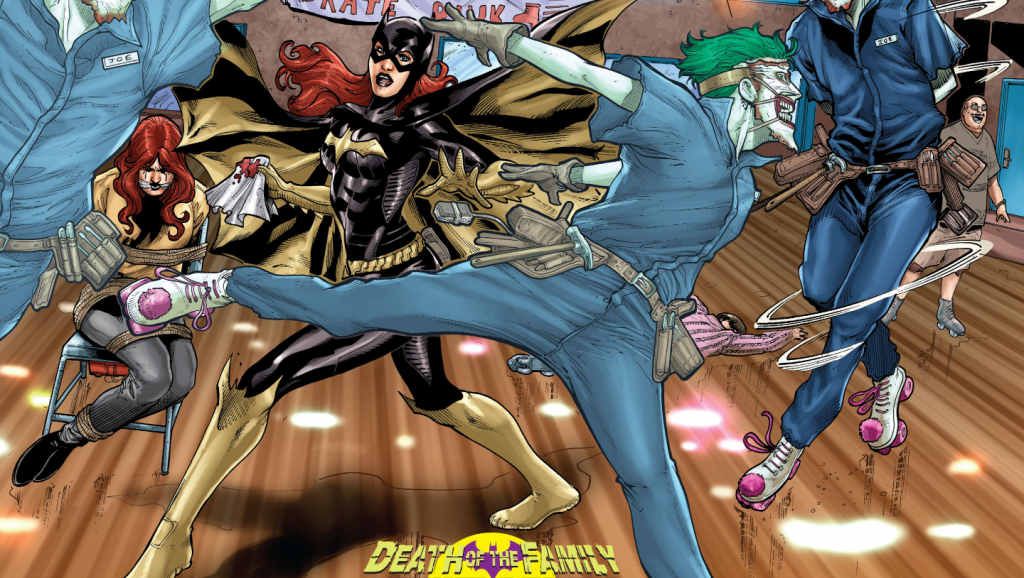 Meanwhile, in Batman & Robin #15, Damien doesn’t fancy being tucked up in the Batcave on monitor duty like his dad told him, so he goes to track down the missing Alfred. Needless to say, it’s a trap, and the Joker does some truly hideous things to the poor boy wonder. 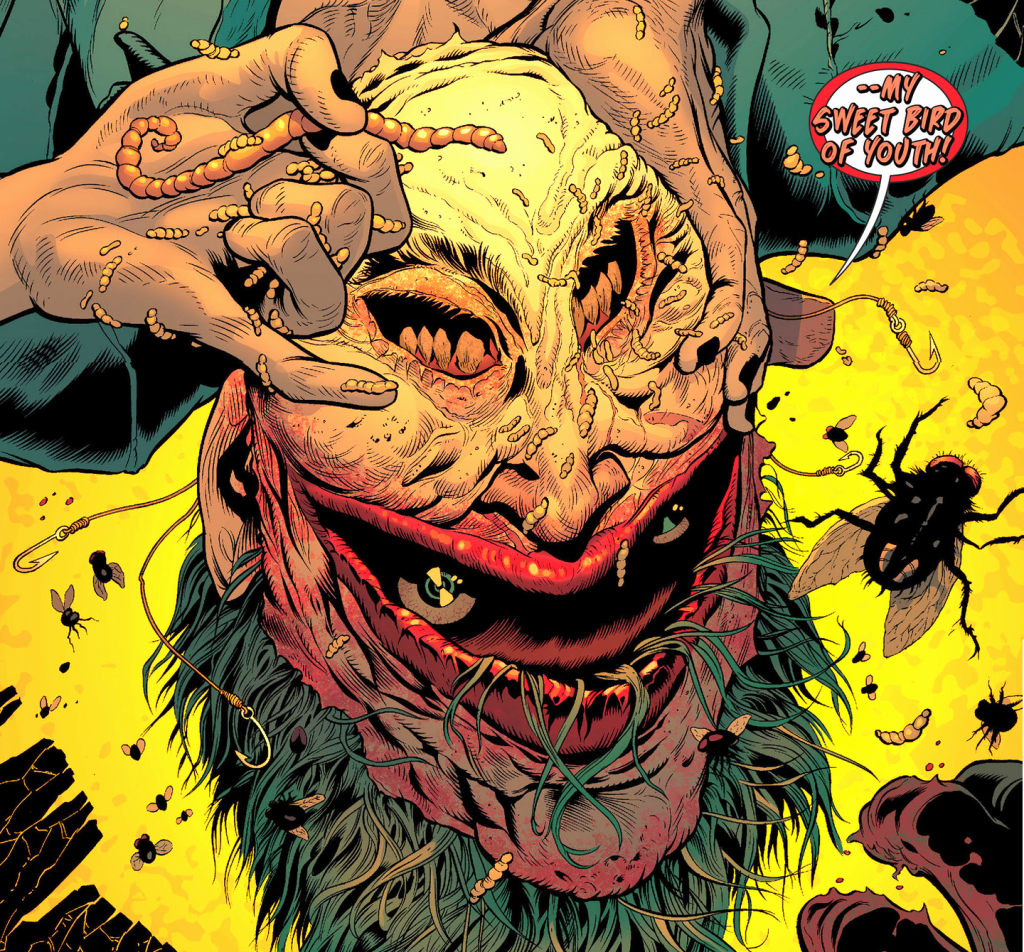 Yes, that is Joker with his face on upside down, covered in maggots. It gets worse.

Over in Batman #15, Batman completely loses his shit. I hate to say this, but it’s true. He tells the young bats and birds that Joker doesn’t really know their identities (which is a bit of a stretch considering he targeted Batgirl’s mother, Red Hood’s girlfriend, Nightwing’s ex-girlfriend and Alfred fucking Pennyworth) Seriously, Bats, get it together. And what’s Joker doing through all this? Blowing up police officers to get Batman to finally love him. But he’s not stopping there! He reunites with his other true love, Harley Quinn, in Suicide Squad #15. Obviously he tries to kill her -that’s his version of turning up with flowers- but it’s the way he deals with Harley’s beloved hyenas that really hammers the point home that he’s a monster. And we put this guy on T-shirts. What the hell, society?

Meanwhile, in medieval Britain, the Demon Knights are dubbed the first knights of Stormwatch in Demon Knights #15, and the origin of Adam One is revealed! 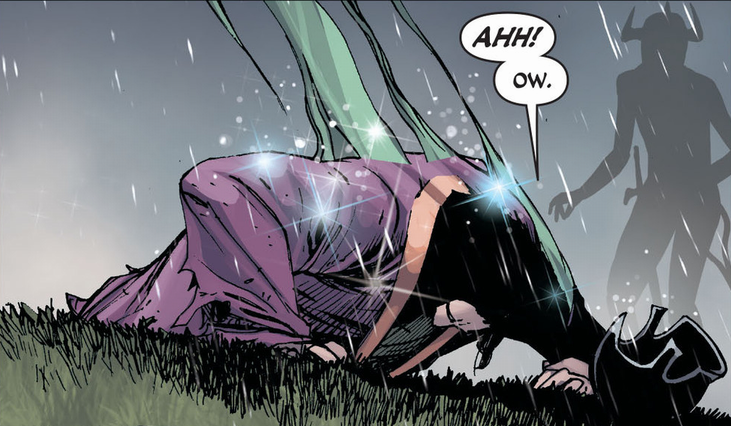 In Superboy #15, Superman takes time out of his fight with H’El to nurse Superboy back to health. What a guy! And in Green Lantern Corps #15, John Stewart and Fatality work together to find and reunite the bits of exploded sentient planet Mogo- I love writing sentences like that!

Sadly, the rest of DC’s output this week is a bit ho-hum: pretty standard fight scenes between the heroes of the comic and a nemesis seemingly picked out of a hat. Let’s have a look at the fight list:
Deathstroke vs. Koschei the Deathless (Deathstroke #15)
Frankenstein vs. the Rot (Frankenstein, Agent of S.H.A.D.E. #15)
Grifter vs. the Suicide Squad (Grifter #15)
The Legionnaires and the Ravagers vs. the World-Killer (Legion Lost #15)
Team 7 vs. Essence (Team 7 #3)
The Ravagers -again- vs. Rose Wilson and Warblade (The Ravagers #7)
So, if you like mindless fight scenes, these would be the titles to check out. If not, maybe stick to the ‘Death of the Family’ arc.

At the time of character creation, Laura Maier made the mistake of putting all her points in charm. While this was probably an unwise decision, it's served her well so far. Her power animal is the platypus.
You might also like
BatmanBatman and Robinbreaking