The 80s. The golden age of music, gaming and fabulously awful cinematic cheese. The birth of electropop, Mario and Zelda and some seriously spectacular movie gold. From Blade Runner to Back to the Future, The Terminator to Top Gun and of course the all time classic that was Ghostbusters, the 1980s was a huge decade for cinema.

It was also a notable era for plenty of children’s fantasy films, which have stood the test of time as cult classics. It’s not all leg warmers and flux capacitors though, some of these movies targeted at kids were rather dark – more Pan’s Labyrinth than Kung-Fu Panda.

It’s no news that 80s kids movies were a little disturbing, but after recently watching one of my all-time favourites (which takes pride as number one) I realised how dark they had been. Don’t get me wrong, we still get some rather creepy releases for little ones in modern cinema. Coraline’s in danger of getting her eyes replaced with buttons, and don’t even get me started on Bridge to Terabithia. Even Disney have always been a little iffy, what with their love for casual sexism disguised as female empowerment.

So, here’s a lovely little compilation of the Top 5 most disturbing cult kids classics of the 80s. 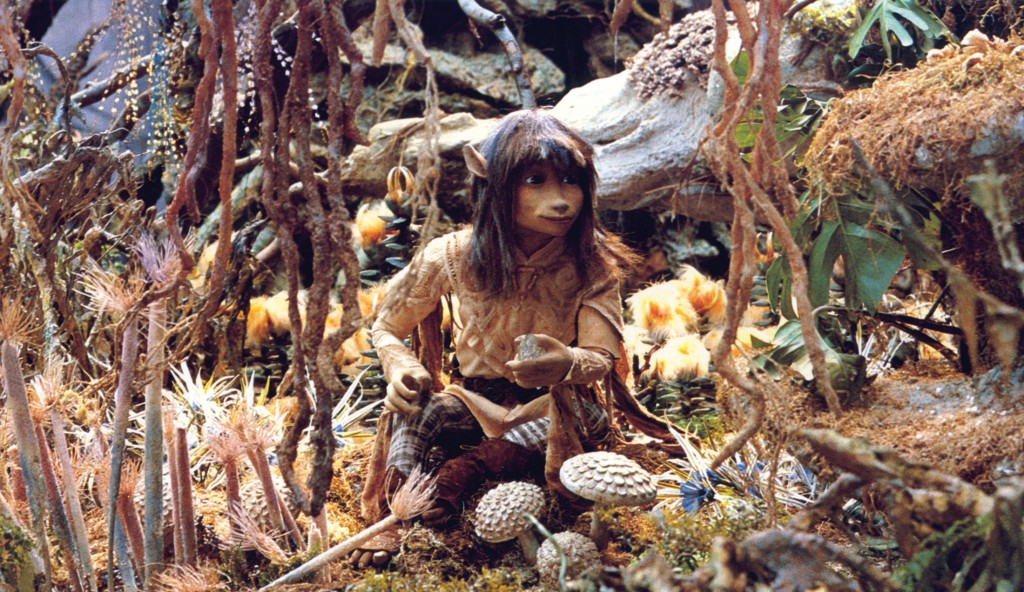 I was never really a fan of this unusual offering from Jim Henson, but it definitely deserves a mention in disturbing kids’ films. Much darker than what we associate with Henson and involving some very creepy animatronics in the from of the Skeksis and Mystics. Worth a mention for it’s ground breaking use of animatronics in cinema alone, The Dark Crystal kicks off the compilation. 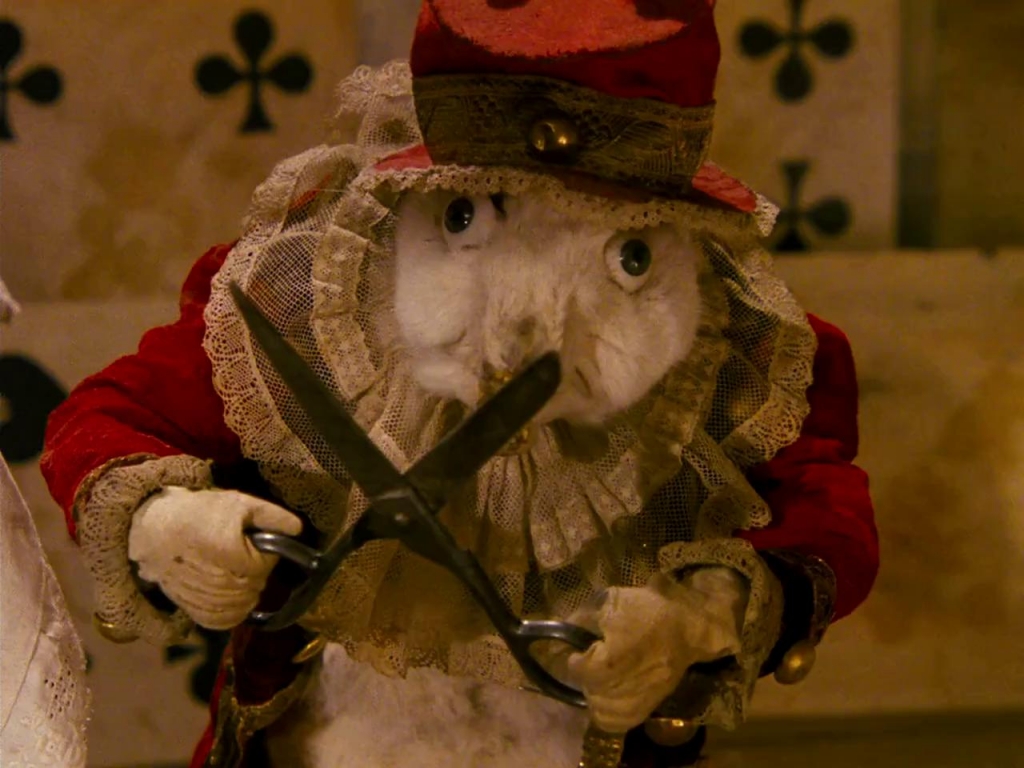 It’s debatable whether this surrealist adaptation of Lewis Carroll’s classic from Czech director Svankmajer can actually even be classed as a kids movie, but I had to add it to my list. Starring one young girl working with a host of terrifying stop-motion creations, this adaptation is seriously creepy. The creatures really are unsettling, in particular the white rabbit who eats his own sawdust innards whilst patching himself up with scissors.

Full of creepy mechanical stop-motion characters and animated raw meat, it really does fit the bill as disturbing. If you’re into obscure movies, it’s definitely one to watch, but I warn you, nightmares might be on the agenda. As I said, it’s not quite targeted at just children, so Alice has missed a top three spot. 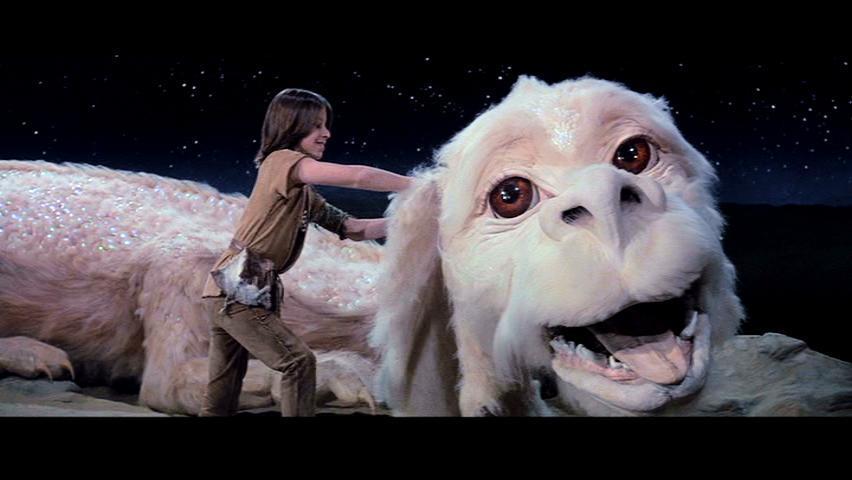 This was my all-time favourite film when I was younger, despite being born five years after its release. I was obsessed with Fantasia and the adventures of Bastian, loving the idea that you could read a book and physically be drawn into its world. It’s not all sunshine and rainbows in Fantasia though, in fact its far from it. The first film sees Fantasia threatened by ‘The Nothing’ which will consume the magical world. The idea of being consumed by nothingness is pretty darn dark, let alone everything else that goes on in the movie. As much as I adore Falkor, he’s a pretty weird creation, much like the other characters in the film.

Every time I watch the film I’m still mortified by Atreyu losing Artax, a scene made more dramatic by the actor actually getting stuck in the swamp during the filming process. So, The NeverEnding Story sneaks its way into the top three, but isn’t quite at the top.

David Bowie’s crotch. Need I say more? Jim Henson makes another appearance on the list, for one of the most memorable movies of the 80s. A huge cult classic, Labyrinth is another film that utilizes puppets. A goblin king that wants to steal a human baby and David Bowie’s entire character give this film its position as number two in the list. Having Bowie’s bulge thrust at you is enough to disturb anyone for life.

Cue Zelda ‘get item’ tune in my head, it’s time for my number one disturbing 80s movie for kids. The movie that inspired this creepy compilation is another one of my favourite movies from when I was younger, despite starring Tom Cruise. For those not familiar with this fairytale fantasy from director Ridley Scott, it really is worth a watch. The film follows Princess Lily and Jack, the young man trying to win her heart. Unicorns, elves and a terrifying portrayal of the The Lord of Darkness by Tim Curry, this film has it all. 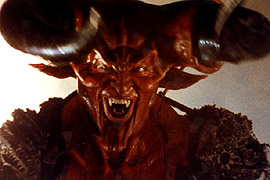 The Lord’s minions’ comments towards Lily are enough to earn Legend‘s number one place on my list, with them wanting to ‘eat her brains like jam’ and ‘suck her bones’. Then  there’s Lily’s outfit when she’s in the Lord of Darkness’ lair- talk about inappropriate. Fabulous, but still, a little much for a kids film. Tim Curry’s character is also rather scary, as well as the innuendos and rather unsubtle sexual nature.

I’m not quite sure why Legend was one of my favourite films when I was younger. It was a good few years before my time, but I was hooked. I loved everything about it, particularly the unicorns, and seemed to have forgotten until recently that it starred Tom Cruise, who I really can’t stand at all. In fact, one of my favourite scenes was always him diving into the lake to retrieve Lily’s ring after her declaring she would marry whoever found it. Still, when watching it again the other day for the first time in years, I found that scene special. It’s very cheesy, but I loved the idea of him trying so hard to win her hand, whilst the world around them both turned to darkness as he was searching for it. Eurgh, mush. However, we then have the complete opposite of mush and romance in the extremely dark nature of the scenes when Lily is with The Lord of Darkness, who plans to kill the last unicorn. 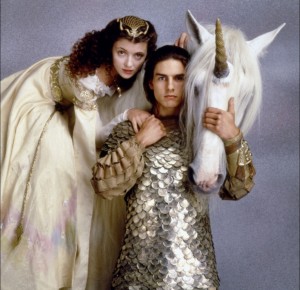 Well, there we have it. The 80s might have been a rather messed-up decade for kids movies, but is what we have nowadays really better? As hard as Disney try to shake the stereotypes they’ve always stuck so strongly to, it doesn’t work. Kids films today can be fun, with recent hits like Despicable Me 2 and Monsters University, but I miss the good old days. Don’t get me wrong, I love my Disney like society has taught me to, but there’s nothing quite like the obscure fantasy films of the 80s. Now for a NeverEnding Story marathon…

I'm an aspiring film journalist living in Chester. Into all kinds of geekery from N64 to Xbox, graphic novels, cosplay anime and more. I have an unhealthy obsession with Pokémon and the Legend of Zelda series. So much so that I have two Zelda tattoos and various Pokémon lurking all over my house. In my spare time when I'm not busy being a real person and working, I'm writing or making retro games jewellery. I'm also obsessed with pandas. They're fabulous.
You might also like
80sAlicebreaking