previous
Are Merchandise Stalls at Conventions a Con?
random
next
A Review of Stoke-Con-Trent April 2016 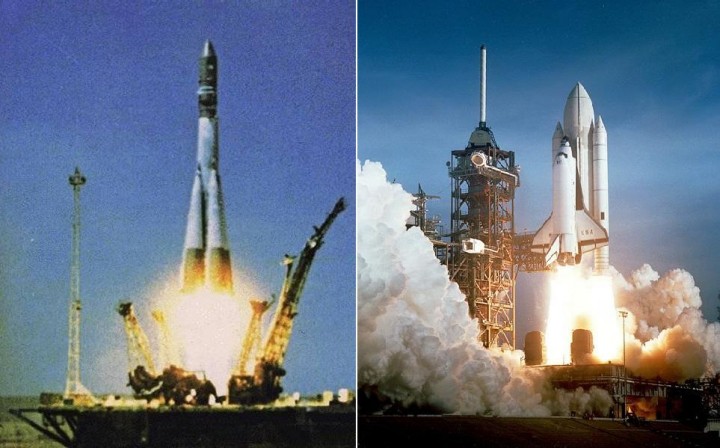 The 12th of April is a special day for all space nerds out there as it marks the anniversary of not only the first manned flight into space but also the first space shuttle flight. We at Geek Pride are delighted to share two insightful documentaries of these two amazing events.

On a bright April morning on the plains of now modern day Kazakhstan, Soviet air force pilot Yuri Gagarin boarded Vostok 1 and rode the massive booster into the unknown. Orbiting the earth in just under 90 mins, Gagarin really did travel where no man has went before. Whilst he left the earth unbeknownst to the world he came back a celebrity; the poster boy for the Communist regime technical superiority over the west. 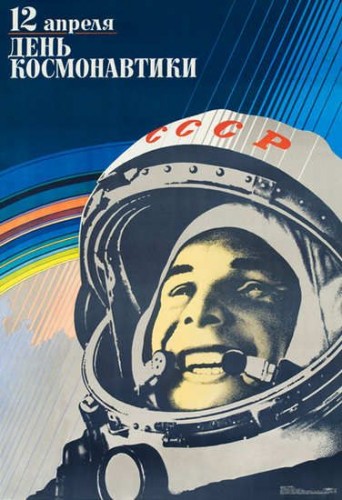 The Americans were lagging behind in every respect of the space race which was ignited when the Russians launched the first satellite less than 4 years before. They continued to rack up the firsts, first woman in space, first three man crew, first space walk, before the untimely death of the enigmatic rocket designer Sergi Korleov.  Whilst the moon landing in 1969 became the symbol of ultimate triumph, some say Gagarin is overlooked in the west due to the cold war politics. However in mother Russia he is still revered as a symbol of a faded glorious era. Gagarin sadly could never cope with his superstar status in the USSR and succumbed to alcoholism. He sadly perished in a flight accident in 1968.

First Orbit was made for the 50th anniversary of the first manned flight into space and is a real time recreation of the event. Best viewed in full screen, this film really gives you a sense of what it was like to fly in orbit. 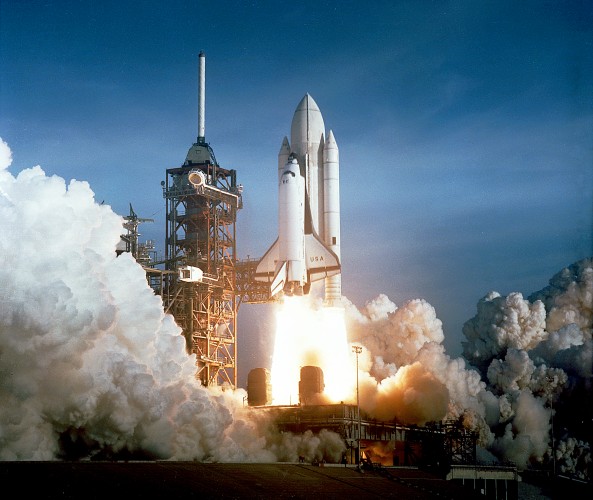 Fast forward twenty years later and standing atop launch pad 39 in Cape Canaveral is one of the most technologically advanced machines ever created. A symbol of America in the 80’s, the Space Shuttle Colombia was to revolutionise space travel. Commanded by one of the most experienced astronauts in history, moon walker and Gemini veteran John Young and accompanied by rookie Bob Crippen the flight of STS 1 was to be the most ambitious manned test flight to date. 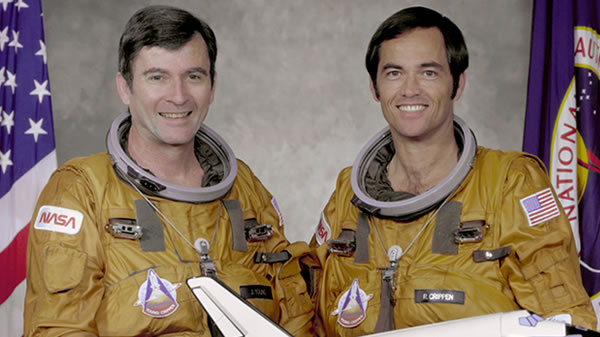 No one knew what to expect from a space vehicle that was to be launched like a conventional rocket yet be able to land like a glider with pin point precision. The risky test flight went like clock work and was to be the dawning of a new era of reusable spacecraft that would make NASA commercially viable through to the 21st century. However it was not to be. 25 flights later complacency set in and the deaths of the crew of the Challenger STS 51-L in January 1986 put an end to that optimistic vision. Whilst the shuttle retuned to orbit in 1988, the work horse of space would never be the same again. Colombia herself was lost whilst attempting to re-enter the Earth’s atmosphere in 2003 killing all 7 crew aboard. The remaining shuttles, Discovery, Atlantis and Endeavour have now taken their places in American museums having being retired in 2011. Now NASA is working in tandem with private contractors to replace the shuttle with another American manned vehicle.

Hail Colombia is a dramatic look into the mission that was to begin America’s shuttle programme. It was also one of the first IMAX films ever made. Here it is in full.

55 and 35 years later you’d like to think we’d be living on the moon but it’s nice to look back and remember our’ first steps into the final frontier.

Mark lives in Belfast where he runs a ukulele club, plays board games and watches old TV shows. His interests include Cold War architecture, trawling for vintage toys on eBay and reading Starship schematics on Memory Alpha. He was a finalist on the UK version of King of the Nerds.
You might also like
Challengercolumbiadiscovery