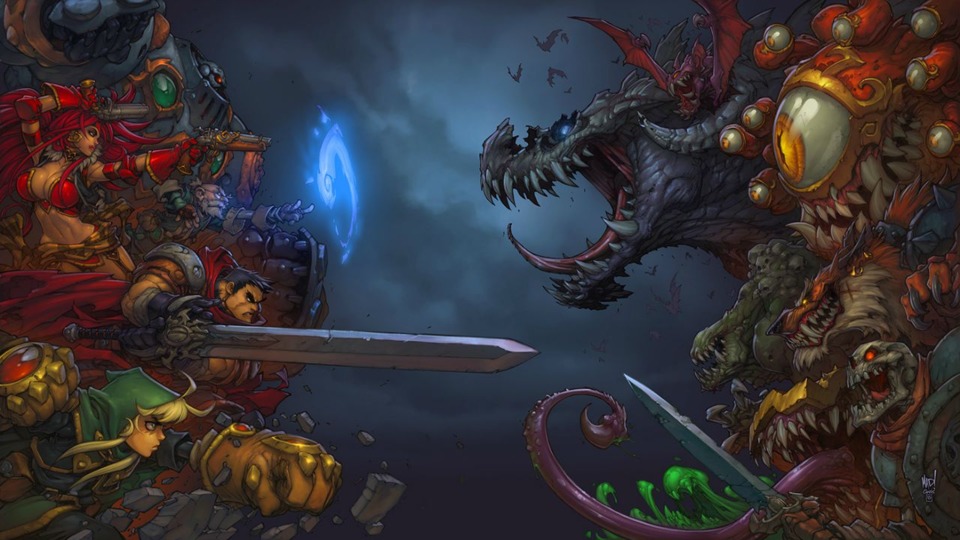 Back in March, I reported that Battle Chasers was making a comeback. At the time, we were told that the Arcanepunk Fantasy classic would be receiving not only a continuation to the comic series, but also a collection of games (plural). Additionally, back then, Kickstarter was not ruled out as a possibility – and, as it turns out, Airship Syndicate made the decision to go ahead with crowd-funding their first Battle Chasers game.

The game truly pays homage to the JRPG genre, getting you to explore a classic overworld area which is littered with hidden dungeons, rare bosses and randomly appearing friends and foes. The dungeons are randomly generated, which adds to the experience as you make your way through the game.

Well, this certainly looks to be ticking all the right boxes in my checklist. I mean, just look at it. The artwork for the selection of moves alone is fantastic, let alone the 3D modelling and 2D animation. Just take a look at an example of the cut-scenes that will be integrated in to expand key story moments.

Battle Mode is just as beautiful, with a system that harkens back to the old turn-based combat system of old JRPGs. Additionally, the slots you use to choose what action you wish to take feature artwork straight from the comics. 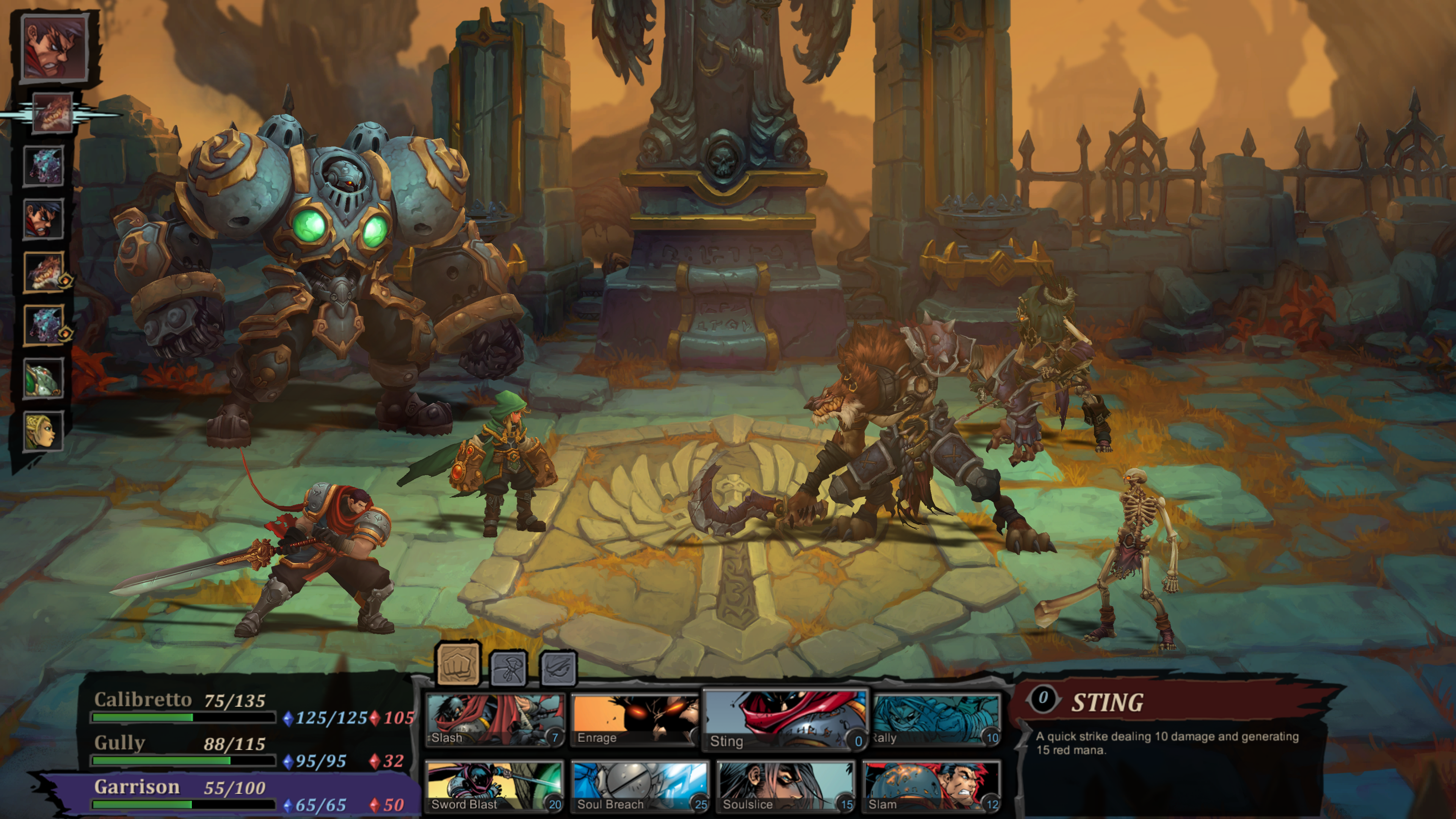 But an interesting thing to note about the combat system is exactly how each attack works. In traditional RPGs, you had the regular attacks plus an ability system which relied on mana. Here, almost all moves are powered by mana, whether it’s blue for common techniques or red for back-up or ‘bonus’ effects. For example, Garrison unleashes some extra-damage attacks, whilst Calibretto heals slightly.

Additionally, characters have Battle Surges, moves which allow the character to break into a truly 3D model to unleash some truly awesome moves on their target.

The Grey Line. An impenetrable wall of mist hovering over the West Waters, stretching endless from north to south, and towering from ocean crest to dark sky above.

Nothing has ever come from, or survived entering, the historic monolith. The great hero Aramus felt a calling from the Grey Line and crossed, despite the dangers. And like countless warriors, vagabonds, fugitives and fortune seekers before him, never returned. Now, his daughter Gully and her unlikely band of adventurers venture into the mist to uncover her father’s mission.

Along the way they’ll meet friend and foe alike while piecing together the silent history of the Grey Line, and the dark secrets within.

We also know that the plot is contained within a non-linear story driven by the discovery of lore on items, landmarks and secret elements in the world. Discovering these will both provide deeper insight into the mysterious Lost Vale, and also reward lore points (which are used to upgrade the heroes’ different abilities).

And what would this game be available for?

The great thing is that the game has already been successfully Kickstarted, but still has just over two weeks left to go – as such, there are still stretch goals that need smashin’! So far, the campaign has raised well over $650,000, which has allowed the production of more enemies, new areas and even a new hero!

This doesn’t mean people can stop donating – here is the link to the Kickstarter!

I read. I write. I play.
More Goodness
NewsNews / Features