previous
Will new Fighters Cause a Flawless Victory or Fatality to Mortal Kombat X?
random
next
Why Aren't You... Playing Couch Co-op?
Video Games & Tech
0 likes

+ Fantastic Artwork
+ Simple, but also well-thought out turn based combat
+ A maniacal 'sanity' system you would expect in a game where the enemies range from the Undead to Eldritch horrors

- An unrelenting sanity system which may not be everyone's cup of tea
- HARSH learning curve
- Early Access, so UNFINISHED; thus glitches are common and it is still releasing and updating content

This Lovecraftian Roguelike is certainly worth keeping an eye on...just be sure to take regular breaks, so you don't succumb to the insanity like your adventurers.

Well aren’t you optimistic for a guy named Jingles 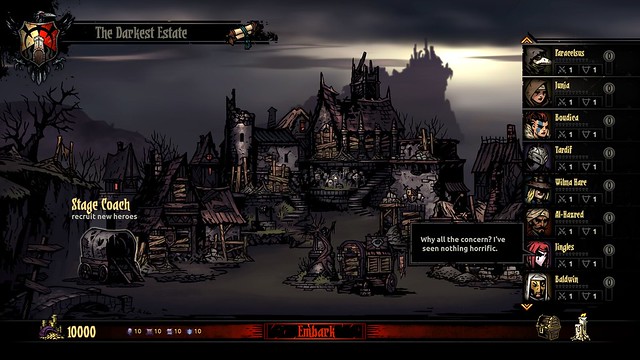 You’d think the visuals alone would be enough of a warning…next time just stop reading, burn, and never speak of the hell portal to Cthulhu that may or may not be under your house ever again.