Dungeons 2 Review – Or “Embrace the Evil Within”

I'd still prefer to play the PC version
Can feel a tad slow at times, with some units feeling unnecessarily sluggish and unresponsive

If you enjoy resource management RTS games, particularly the old Dungeon Keeper games, then this one is definitely one for you to try.

So often in video games, we, as the player, find ourselves placed in the role of the hero, striving to battle against the greater evil and save the wider world from its clutches…. but being good all the time can get boring, fast; if only you could be the villain?

Well there have been several games over the years that have taken this line of thought, the Overlord franchise for one, but none have been perhaps as iconic as the Dungeon Keeper series.

You may recall, the first Dungeon Keeper game was released back in 1997, with its sequel following shortly after in ’99 and both games gaining a solid following as the player set out to create dungeons filled with monsters, traps and treasure, to lure in bold adventurers and crush them in advancement of your evil whims.

Fast forward to  2011 and  Kalypso Media / Realmforge Studios released what was heralded as the spiritual successor to the Dungeon Keeper franchise, simply titled Dungeons. 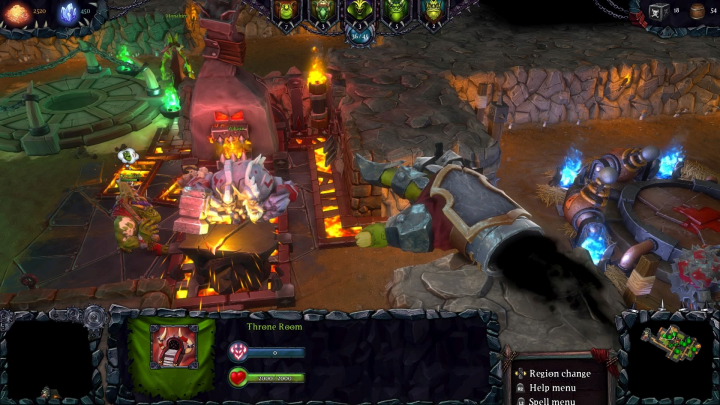 The Hand of Terror gives the most evil of snoot boops!

With a moderate success, Kalypso decided to launched a squeal in 2015; one that has now been reissued for the Playstation 4 and one I got to get my hands on to play!

Now, I’ve always been hesitant when approaching real-time strategy games on a console, as they’ve always felt inherently designed for play on a PC, with the cursor click and drag play style. However, with various helpful HUD elements and an in-depth tutorial spanning the first few missions of the Horde campaign, I was put at ease and found myself able to play quite easily.

Admittedly, there were a few hiccups, but I think this was more my approach to playing, not through the actual gameplay itself (because somehow I completely forgot that I can have more than one unit highlighted at a time). 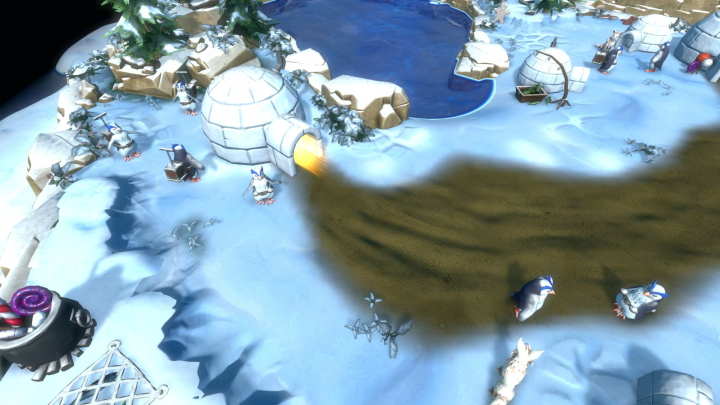 Not even the igloos are safe from your evil mittens.

Graphically, Dungeons 2 has an eye catching vibrancy to it, with some well animated character models and visual effects on spells and skills. The textures and landscapes are rich, colourful, and really capture the high fantasy feel of the world.

On top of this and to my absolute glee, there was the inclusion of Kevan Brighting (The Stanley Parable, DOTA2) and his trademark dry, sarcastic narration, which fits perfectly alongside your evil escapades and added humour and depth to the game. 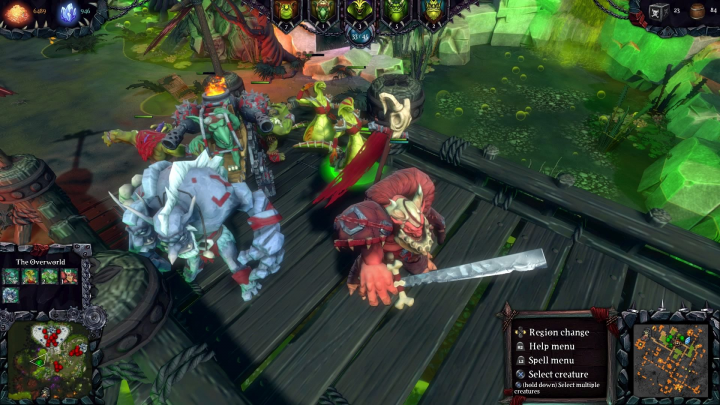 Just a small selection of units at your disposal.

I can fully see myself sinking many hours into Dungeons, especially with both the Horde and the Demons providing different play styles and unit options,but where this game really shines is in the ability the game gives to you to not only create daunting dungeons, but to send minions out into the Overworld and destroy the smelly, pitiful humans of the Alliance… Wait, Alliance? Horde? Hmm… Nah, must just be a coincidence.

This release on PS4 includes bonus content such as 11 new maps from the Pixieville, Morningwood, A Chance of Dragons, A Song of Sand and Fire and A Clash of Pumpkins expansion stories (wait a minute….)

Featuring 26 unique creatures, multiplayer Skirmish maps and over 30 hours additional gameplay from the original release, you will not be short of things to do.

If you are a fan of the Classic RTS with a a dash of humour and a dollop of Evil, this game will be right up your street.