Exit of the Pudding Face: The Sims 4 Create-A-Sim Demo.

On Thursday EA released the demo for their highly anticipated instalment of everyone’s favourite life-simulation series The Sims 4, to the general public through Origin.

While this is only the Create-A-Sim aspect of the game which is to be released next month, fans can now get a sneak peek of a hefty number of revamped features that will go in to their chosen Sim customisation. This means they now have an entirely new means of making their Sims as grotesque or beautiful as they want in a variety of ways. However, the question which immediately springs to mind is “Does this give fans access to a revitalised era of The Sims which may have become somewhat repetitive in its creativity over time?”

It is quite a bold move of EA Maxis to release a demo for a game that has such huge capacity for customisation like The Sims, especially with less than a month until its release.  Until very recently, they have been less than forthcoming over the details of its features, with only a few developer’s videos and promotional images being released for all to wonder about and speculate over.

This is something they have not really tried previously, with the exception of expansion and stuff packs, which has only heightened our interest further.  With the token press conferences at E3 and the like, it is obvious that they have confidence in this fourth instalment, as indeed they should, given what has been shown thus far.

The Sims 4 looks to respectfully kick its predecessor up the arse with its intelligent new Build Mode and generally smoother gameplay, which we can finally feel for ourselves with this new Create-A-Sim demo. 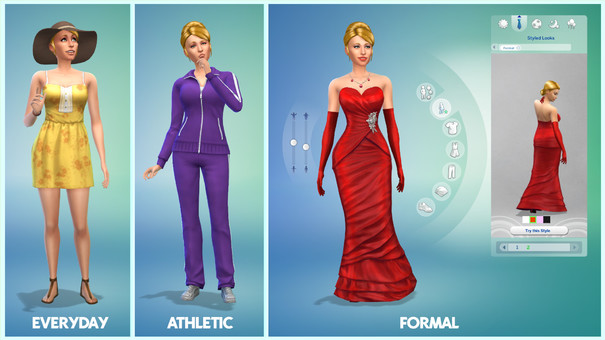 For now with this demo, we are only allowed to create Sims of the Young Adult stage in the Sims life-span. However, what is probably the most noticeable aspect of The Sims 4 Create-A-Sim feature is how it works aesthetically in contrast to previous incarnations.

No longer do we have to make do with the less than impressive ‘pudding faces’ that infected our computer screens in The Sims 3 in 2009. Instead, we are now greeted with a cartoonish design that appears more like The Sims 2, which is far more inviting.

Clearly, this new game has undergone extreme reconstruction in the way it looks. Although many felt this make-over was a sacrifice, it seems to have worked in their favour as it is now easier to create an attractive Sim, without excessive modding. 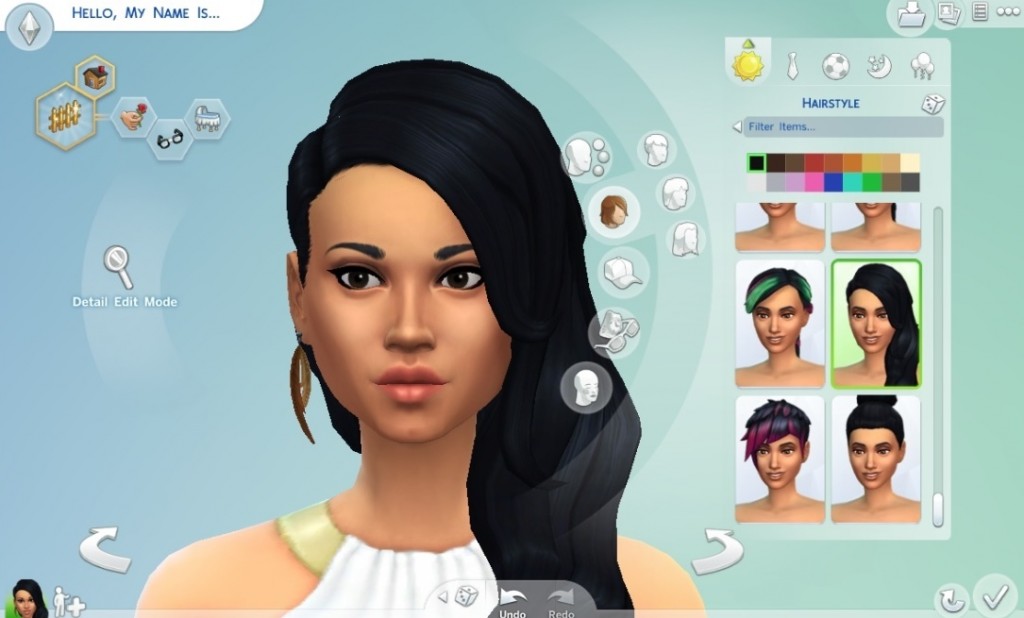 Assuming you do not want to create an attractive Sim, it is equally easy to make an utterly hideous one with the vastly improved customisation engine. This offers endless possibilities, from making a Sims eyes wider, having a fitter/fatter figure, or even a bigger and curved nose.

The developers have completely scrapped the previous sliders and colour wheel element of CAS in order for gamers to have full reign simply by clicking on the chosen attribute and moving it in order to capture what is in their imagination. This is something that works particularly well in CAS, as it fully endorses the idea of customised simulation. The franchise has always prided itself on this particular point, but now the essence behind it has been totally rethought and revamped to make any die-hard Sims fan excited for the game’s release date in September. 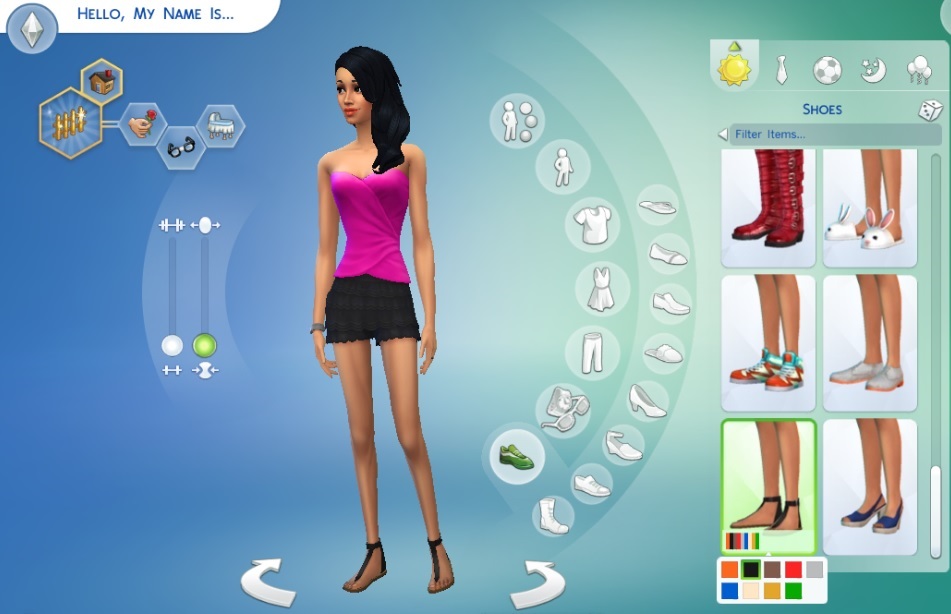 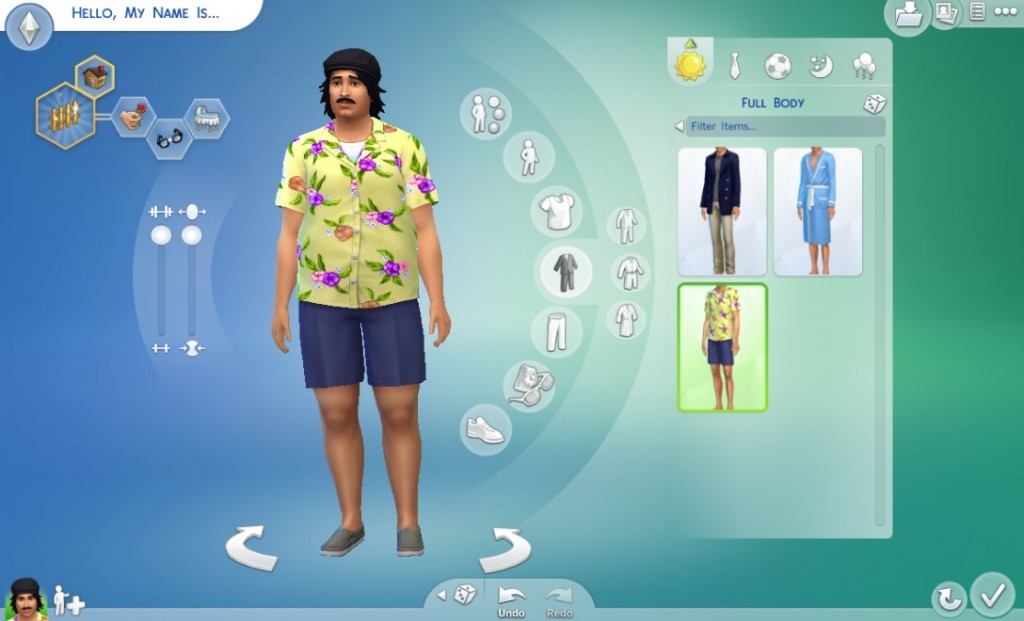 Although CAS has added some impressive new content, a fair few features have come to an abrupt ending in the newly released demo, most notably the sacrifice of Toddlers and Create A Style. Although the Create a Style aspect was a nice touch to The Sims 3, it will hardly be missed as fans will be so engrossed in the enhanced technicalities of the Aspiration and Personality element, once they have perfected their pixelated dolls.

This improved tool now gives fans the choice to pick what ultimately defines their Sim by picking from a number of personality traits, with an additional one gained after their life Aspiration has been chosen. As well as a customisable persona, Sims can now also have their personalised voice and walk, making this new breed of Sims much more believable and lifelike. 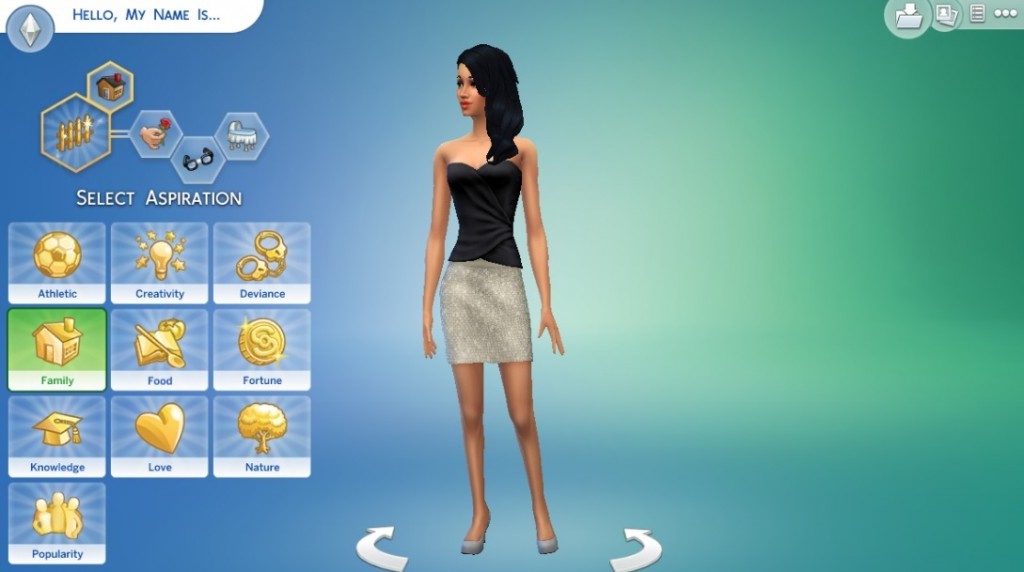 After playing the demo, it is clear to see that EA Maxis has gone back to basics concerning the look of The Sims 4, which is not at all a bad thing as it now focuses more on the Sims themselves.

In an era of next-gen gaming and upcoming console-based games, with which it will no doubt be in competition, this latest instalment looks to surpass technically (and ambitiously) its predecessors, with a  reinvention of how fans perceive the gameplay of The Sims franchise.

What the Sims 4 CAS demo promises is that we have only scratched the surface of what new content lies ahead in the rest of the game, which no doubt gives fans cause to be excited.