- Four classes seems a little low, especially since you have four different factions
- AI can be a little too sharp at times

Fort Triumph is a challenging but rewarding tactical RPG, allowing players to take control of one of four factions to build their base, grow their parties, and explore procedurally generated words.

We are huge fans of the tactical turn-based games, from Fire Emblem and Advance Wars to X-COM and Valkyria Chronicles. This love doesn’t reliably translate into skill, but nonetheless we love the opportunity to scout out maps and attempt to methodically work our way to victory. Fort Triumph, on the Switch, is a phenomenal addition to the genre.  With the added ability to take it on the go, this is a solid time-killer when travelling on the train.

Fort Triumph is clearly a love letter to these games, as well as a love letter to another favourite of ours: Dungeons and Dragons. The campaign shows this in full force, as you have a fresh-faced party of different classed adventurers banding together to earn some coin, whilst evil plots and schemes in the background. The writing is particularly excellent, as it is rife with some great humour that doesn’t feel forced.  In the first cutscene alone, you have an evil a Suspicious Hooded Character entering a reputable establishment from the back, and is reprimanded for breaking the “No evil cackling past midnight” rule. As the game progresses, players will become well accustomed to the gameplay and can draw comparisons to well-known tactic games, such as implementing an overwatch system for ranged characters (much like the X-COM series) as well as your standard turn-by-turn system.  The game even even implements a Dungeons and Dragons inspired opportunity attacks mechanic, allowing characters to feel like they are truly in the middle of a brawl. There are four classes to work from;  Paladins, savages, rangers, and mages.  Each of them comes with their pros and cons when facing the hoard of goblins, skeletons and spiders in their way.

Alongside the procedurally generated maps, units have the opportunity to exploit destructible environments and physics-based attacks to gain an advantage over their opponents.  It is this physics-based system that allows for a wealth of innovative strategery, as players will take note of everything that could be a potential weapon across the battlefield. 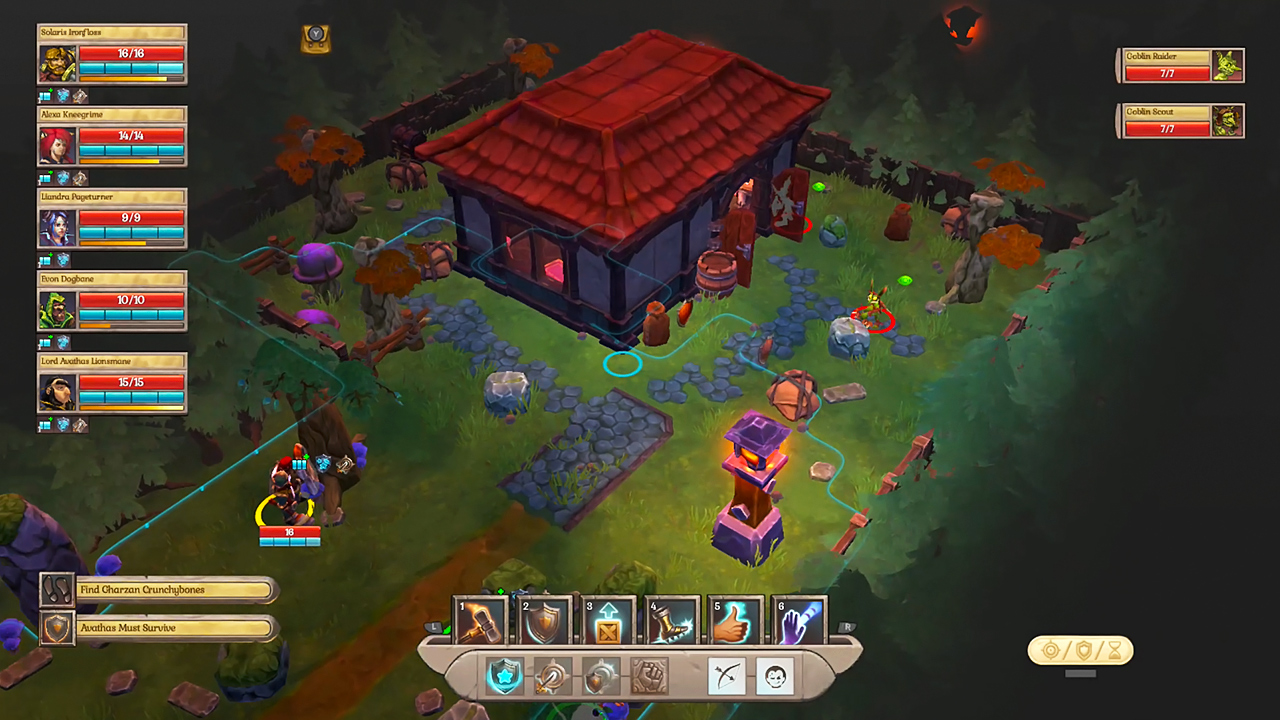 As an example, an enemy goblin archer is in cover behind a solid oak tree, depriving the player of their ability to have a clear shot at them, whilst it readies an overwatch shot to damage any melee fighters the player might send in.  The tank might be ready to take a hit or two, but we can’t send them straight into the den (especially with the threat of permadeath looming overhead).

One solution could be to used the spellcaster to send a mighty force to knock over the tree, breaking the goblin out of overwatch and stunning them, thereby preventing the enemy from attacking next turn. However, players need to be careful as stunned units can’t be hindered by the same trick twice, therefore players need to make sure they exploit an advantage when they find a way to best implement it.

Additionally, players need to be aware that enemy units can return the favour, positioning of units becomes key. Furthermore, much like its influences, the play mechanics are directed by the chance-to-hit mechanic, much like in D&D. It did feel a little harsh, ala X-COM, at times, where the chance would seem fairly high but your arrow would go sailing past the target’s head, but as players become more strategic, this will improve their chances. 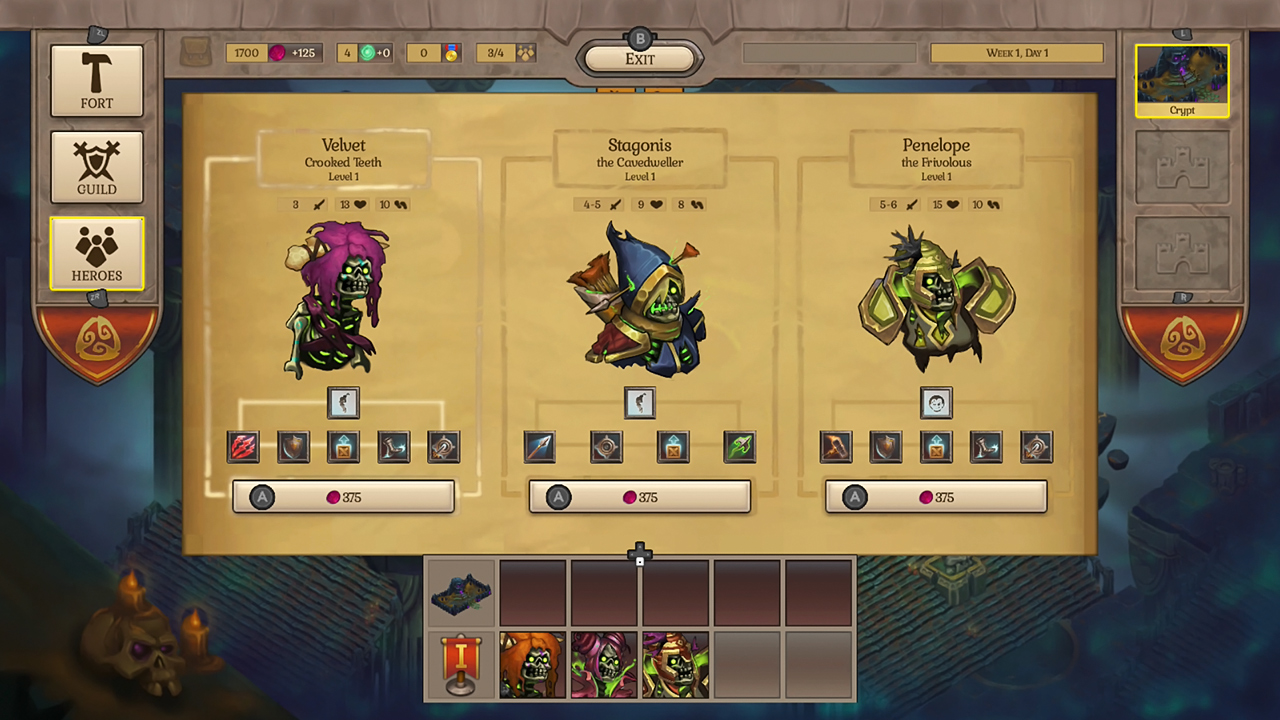 As the game progresses, each team member gains experience as they encounter enemies and can level up mid.  This can be an interesting twist, as a character can power-up or select new abilities mid-battle. These abilities are produced at random, so players will never know how they will ultimately build a character.  This works out well, as players can build multiple teams and gain a variety of coverage.  Players can also build up their fort with money earned through completing missions, providing them with ability boosts and perks. Money is also scattered across an expansive world map, with side missions in little nooks and crannies to help fill the coffers and XP gauge.

As the game progresses, players can unlock different factions with their own campaigns, as well as develop their skills in Skirmish mode, adding to the replayability. However, I do feel that the classes can be restrictive, with only four classes across each faction. Despite this, we kept returning to Fort Triumph to build up our heroes and conquer the campaign, picking up new items and abilities along the way, to emerge triumphant.