previous
PS4 VR Headset to be announced on March 18th?
random
next
Happy 25th Birthday Internet! 25 Things we wouldn't have without you
Video Games & Tech
2 likes

Freeware: 5 classic video games that you can legally play for nothing

In a time when DRM, always-online controls and plenty of other anti-piracy measures (yes EA, we’re looking at you!) are causing controversy in the gaming world, the idea of free-to-play games seems to fly in the face of convention. However some offerings are more high profile and far more recent than you might expect.

Freeware, for those of you who don’t know, are titles that game publishers have released to the world without charge, available for the great unwashed web to download to their hearts content. There are a variety of reasons for doing so, ranging from old titles that don’t generate revenue any longer, to strategic deployment of older games to promote more recent releases.

Freeware is unfortunately often confused with abandonware which are games that publishers still retain copyright over but cannot distribute or protect due to legal reasons. Abandonware sites aren’t hard to find, but they do technically violate the rights of the publisher by distributing the games without permission, akin to piracy. Freeware, is where a publisher has decided to release the game from it’s licensing yet still provides support to a minimal degree. Unlike abandonware, freeware is perfectly and deliciously legal.

Some of these titles can be surprising as they’re games we’ve loved and titles that still have a lot to give to not just the retro-gamer. Here are 5 to start you off, and please give us a shout if you can think of any others that may draw a secret smile from gamers who loved them back in the day.

Ratings stated are those achieved from publications at the time of release and not Geek Prides own scores.

Geek Pride does not take responsibility for the content of third party websites or downloads.  Geek Pride recommends running up to date security software before downloading any programs from the internet. 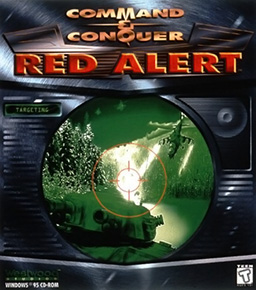 This one is a surprise on the list, as despite my dig at EA Games earlier, it was EA’s purchase of Westwood Studios and development of Red Alert 3 that prompted them to release it’s predecessor as freeware. Perhaps they’re not such bad guys after all.

Red Alert was an isometric RTS game that really set the mark for the genre. It’s user interface was simplistic yet versatile, enabling the player to lead a huge number of troops and vehicles as well as manage resources and manufacturing.

With weapons ranging from Tesla Coils to Attack Dogs and tanks to airstrikes, players could pit their wits against hugely entertaining and addictively repeatable single player missions or could advantage of the intergrated online play features which, although highly advanced for the time, remain a far cry from today’s standards.

Red Alert was a game with true replay value. Those who played it at the time will remember going back to replay some of the engaging scenarios to either beat record times, build the largest facility or to simply create a sprawling army of attack dogs!

If the ’90s freeware version doesn’t take your fancy, Red Alert is now available in iPhone and iPad versions with newer Command and Conquer titles available for a variety of platforms. 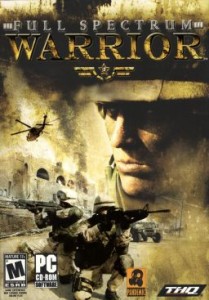 In 2000, the U.S. Army’s Science & Technology community was curious to learn if commercial gaming platforms could be leveraged for training. Recognizing that a high percentage of incoming recruits had grown up using entertainment software products, there was interest in determining whether software game techniques and technology could compliment and enhance established training methods.

The result of this was Full Spectrum Warrior. While the US Army argued that the game didn’t present sufficient realism for training purposes, it’s squad based action provided an unforgettable experience on Xbox and Playstation 2, with the console-exclusive enhanced graphics and sound.

Players would take command of a fire team and issue orders to navigate their team through missions, with a true feeling of tactical command. A cooperative mode would enable players to work together with their own fire teams to defeat the level.

Praised for its challenging missions and detailed content, whilst the AI left room for improvement and a player verses player mode could have given the game a far longer shelf life, it was FSW that paved the way for the tactical combat genre to become what it is today. 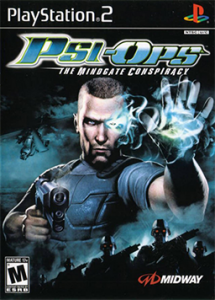 Psi-Ops was a curious third person shooter with a difference. You played as Nick Scryer, who infiltrates a terrorist organisation known as “The Movement”. As Nick progressed through the game, he discovered that he has psychic abilities ranging from telekinesis to pyrokenetics and mind control. This made for unique puzzles and combat opportunities. It’s influence can still be seen in games like Dead Space where a kinesis module enables the player to throw objects from the environment as weaponry.

Psi-Ops featured a number of set pieces which made full use of these abilities yet was surprisingly well realised in that it allowed the player a fair amount of freedom in how they completed the scenarios. If nothing else then there was always the obvious hilarity that rag-doll physics and swathes of enemies to beat up by flinging their mates at them by telekinesis provides.

Rating better than it’s closest rival, Star Wars: The Force Unleased, Psi-Ops has often been brought up as a game that begged for a sequel, but to date, nothing has materialised. So if you haven’t yet played this game, I strongly recommend you give it a try. 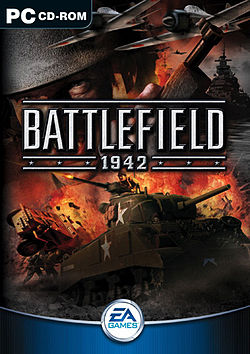 Amazingly this is the second of EA’s releases in this list and one of their most successful games as well, which does raise the question of why they impose such militant DRM controls on their newer releases.

The gameplay of Battlefield 1942 generally has a more co-op focus than previous games of the genre, as it is not aimed at killing the opposition but to hold strategic control points around the map. Capturing control points allows the team to reinforce itself by enabling players and vehicles to spawn in a given area. Consequently, capturing and controlling areas also reduces enemy reinforcements. Battlefield 1942 was one of the first mainstream games to represent a dramatic shift in FPS game play mentality not only favouring individualism, but simultaneously encouraging teamwork and coordination.

The game itself was hugely popular and gave birth to a stream of sequels of which Battlefield 4 is the latest instalment. If you haven’t played this already, it’s definitely worth a few hours of your time. It’s impact on modern day gaming can be felt right from the very first mission. 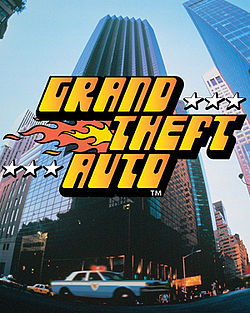 Freeware Link: Grand Theft Auto (The game was removed from Rockstar’s official website due to issues with newer operating systems. It can still be run under compatibility modes although might take some rampant Googling or calling your IT buddy if you’re not really a technically minded person.)

I still remember playing this for the first time.  It was a 2 day gaming fest that was to set the standard for gaming nights for years to come.

GTA’s open world format wasn’t revolutionary but the sprawling open-world sandboxes we occupy in it’s modern counterparts such as GTA:V and GTA Online are direct descendants of the original. Indeed, sandbox gaming as we know it might not even have existed if it hadn’t have been for this highly addictive 90’s top down game. The police chases, the getaways, the constant blood bath of innocent pedestrians who fall under the wheels of your badly driven car, it’s all there. A good fun game doesn’t need to change dramatically, it just gets better.

While this is the lowest scoring of the freeware games presented here, it’s also the most prolific. That’s reflected in the score as when the game originally came out, it’s graphics were substandard, it’s play-style was a little weird and it was a little glitched compared to other games on the market at the time. But its success wasn’t in refined visuals. GTA brought some of the play back into gaming.  If you came to the series after it had it’s 3D outing in the aptly titled GTA 3, then I’d recommend that you give this a whirl, just to see where it all began.

A retired World of Warcraft tank and sipper of the midnight coffee, James is now attached either to an Xbox or a keyboard as gaming, writing and the pursuit of all things sci-fi takes the command chair. If he's not ruining someones day in GTA Online, he can be found knee deep in his 4 year olds Lego...
More Goodness
FeaturesTop 5s