previous
Watchdogs 2 - Back and better than before?
random
next
E3 2016: What, When & Where to Watch
Video Games & Tech
0 likes

Ah, Summertime. For most people this means lounging in the Sun, squeezing into a packed beer garden, or standing in a supermarket aisle wondering if the price tag for the sun cream is some kind of ghastly error, but for us geeks it is a time for drawing those curtains a little closer, breaking out the TV box sets, and preparing to spend every goddamn penny we posses on videogame sales.

This year it’s GOG who are first out of the gate, offering us a decidedly Steamy-looking sale with new deals every day and a fun little XP thingy that can bag you even more games!

Woah there, pardner! What’s a GOG?

Sorry, my bad. GOG stands for Good Old Games and they are a site dedicated to bringing back those ancient videogames you thought had been lost to the mists of time, as well as all the latest titles, geeky indie movies (including the excellent The Gamers Series) and some top notch documentaries.

OK, I’m in! What can I expect from the sale?

I’m so glad you asked! There are some absolute gems up for grabs this year and likely a lot more before the end. At the moment, here are some of our solid gold recommendations:

Isometric roleplay legends Black Isle have a fair few titles on offer including the seminal Planescape: Torment and enhanced versions of their Baldur’s Gate series, including the original with the Tales of the Sword Coast expansion, Shadows of Amn with Throne of Bhaal, the recent expansion Siege of Dragonspear and the first Icewind Dale. If you’re looking for something a little more modern, check out the excellent Shadowrun Returns by Harebrained Schemes and its expansions Dragonfall and Hong Kong, all of which are also in the sale. 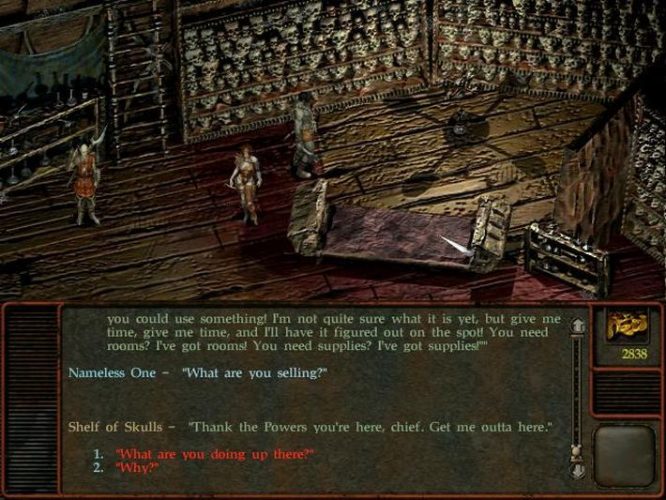 If isometry is not your thing, take a look at Deus Ex and its spiritual predecessor System Shock 2 for some first-person RPG action, both of which will capture you with their immersive plotlines and are essential elements in any gamers education.

Now don’t think that just because GOG is home to some amazing classic RPGs that they don’t know how to party! In this sale they’re coming right out of the gate with some Lego action, some Serious Sams, a couple of entries from the phenomenally atmospheric survival horror series Metro 2033, and some real blasts from the past in the infamous blood-soaked racer Carmageddon series and the first three Mortal Kombats for the price of a bag of Monster Munch. 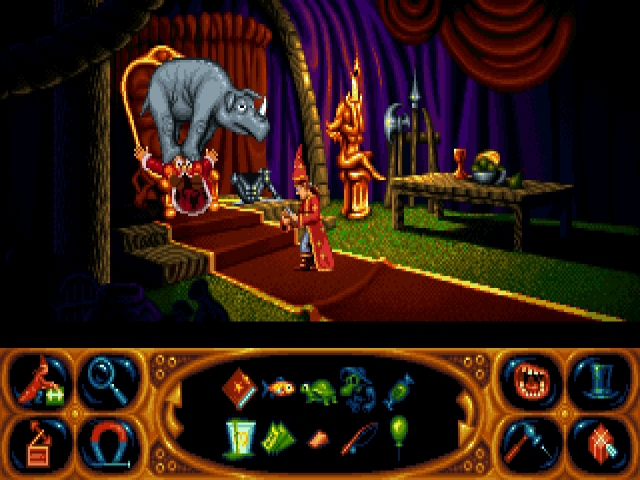 I know what you’re going to say. “But Geek Pride, what about those old point-and-click adventures I used to know and love?” Well GOG has them by the bucket load. Indulge in some warm and fuzzy nostalgia or acquaint yourself with an unfortunately fading genre with such stone-cold classics as Simon the Sorcerer, Tex  Murphy, and the under-appreciated masterpiece, The Longest Journey.

Appetite well and truly whetted? Well head over to the site and take a look at the hundreds of games currently on offer and reacquaint yourself with some old friends. Who knows, you might even end up making a few new ones.

The GOG sale runs from now until June 22 with new deals arriving every 24 hours.

Do you have a favourite retro game you’d like to play again? Let us know in the comments!

Trapped in the past, Ben Fee finds himself leaping from life to life, putting things right that once went wrong, and hoping each time that his next leap will be the leap home..........
More Goodness
GP blog